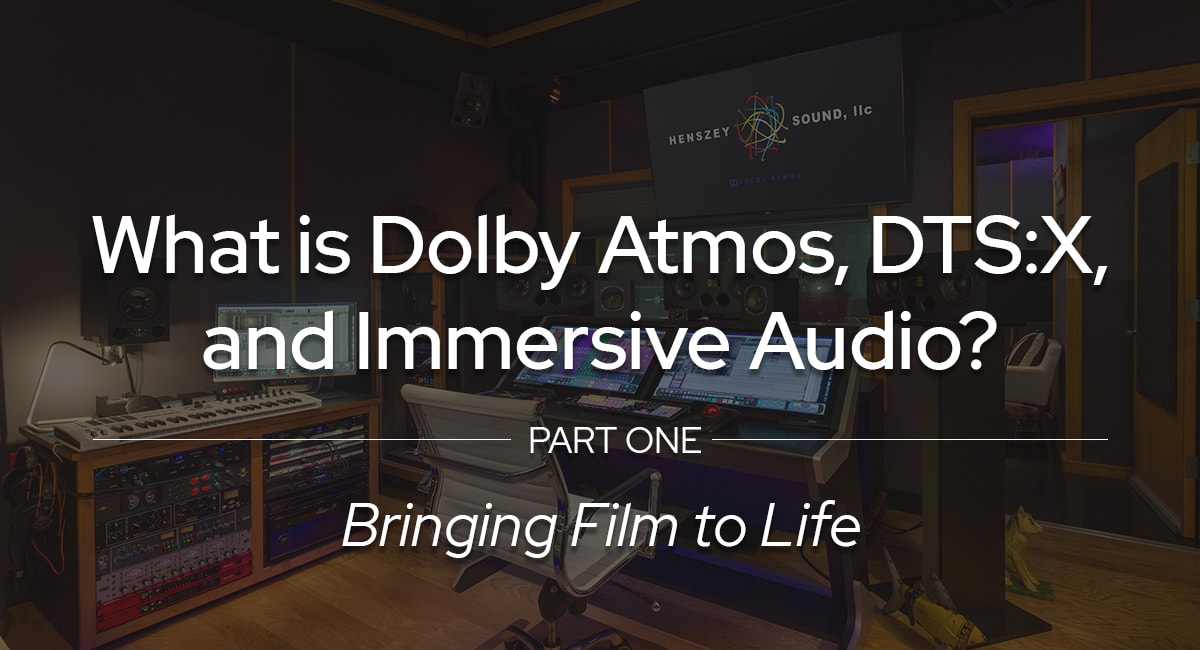 What is Dolby Atmos, DTS:X, and Immersive Audio?

Westlake Pro has been at the forefront of this development, and we’ve helped studios large and small perfect their Immersive Audio setups for both Music and Post-Production.

If you’re still unfamiliar with the basics of Immersive Audio, this series will be the perfect place for you to get started. You can even schedule a private consultation with Westlake Pro to help you through the process of upgrading your studio today.

The next time you’re at the movies, keep your eye on the videos that play just after the trailers. If you see sound-effect videos for Dolby Atmos or DTS:X, then you’re going to be experiencing the movie in a format called immersive audio. And you’re sure to enjoy it because this new technology will help bring your favorite movies to life. But what are Dolby Atmos, DTS:X and immersive audio? Well, if you’ve seen movies like Spider-Man: No Way Home, Sing 2, Licorice Pizza, or The Matrix: Resurrections in theaters, then you’ve already experienced it! So let’s find out what immersive audio is and how it works.

Digital Audio and speaker technology continue to push the envelope on how experiences are created with sound. Immersive audio (also called 3D audio) represents the cutting edge of what’s possible with sound, and it’s already taken over Hollywood. But immersive audio isn’t limited to movie theaters. It’s already making its way into home theaters, video games, virtual reality, and mobile devices. It’s truly a revolutionary format for creating spectacular audio experiences in theaters or wherever you might be listening. 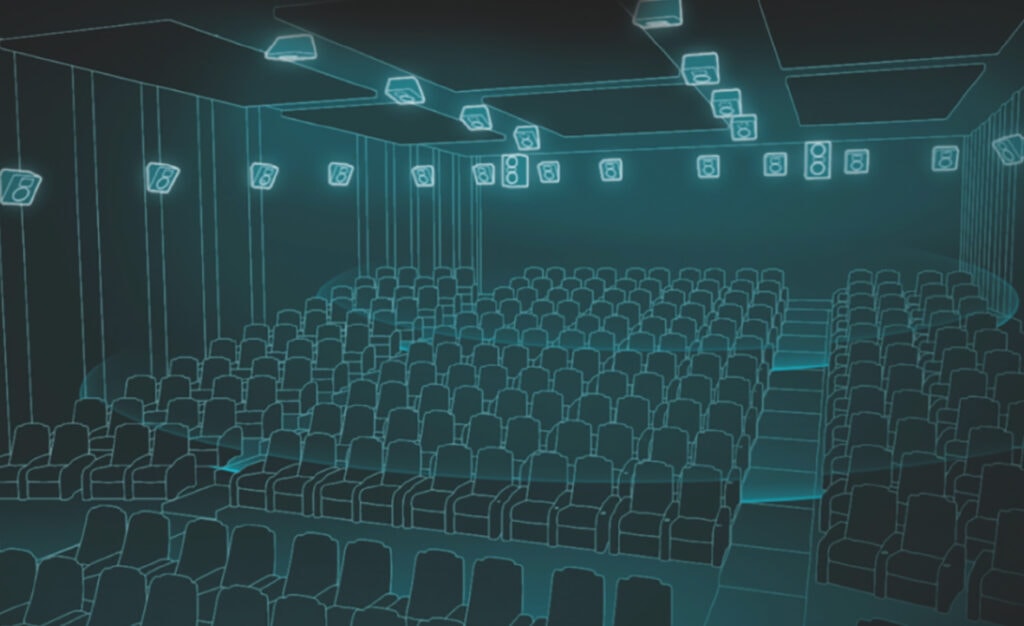 Decades ago, a hi-fi home stereo system was cutting edge with merely 2 channels of audio, left and right. And stereo has continued to dominate the music world ever since. Even the short-lived, 4-channel quadraphonic format of the 1970s with its left-right-front-back mix couldn’t unseat the popularity of stereo.

This all changed in the early 1980s when Dolby labs blew the doors open with the innovative concept of surround sound. By today’s standards, their first iteration of surround sound was quite primitive with only a center channel, left and right front channels, and a single mono channel for all the rear sound.

From there, Dolby steadily improved their surround technology with more channels and speakers, such as the 5.1 and 7.1 formats. But as Dolby continued to experiment with surround sound configurations, they realized that adding more and more speakers at ear level wasn’t enough.  Even when expanded to a 13.1 surround format, they were getting diminishing returns on the immersive experience. Dolby knew they needed to do more than just adding more speakers and channels, so they dusted off a sound concept dating back to the 1970s called Ambisonic audio, or Ambisonics. 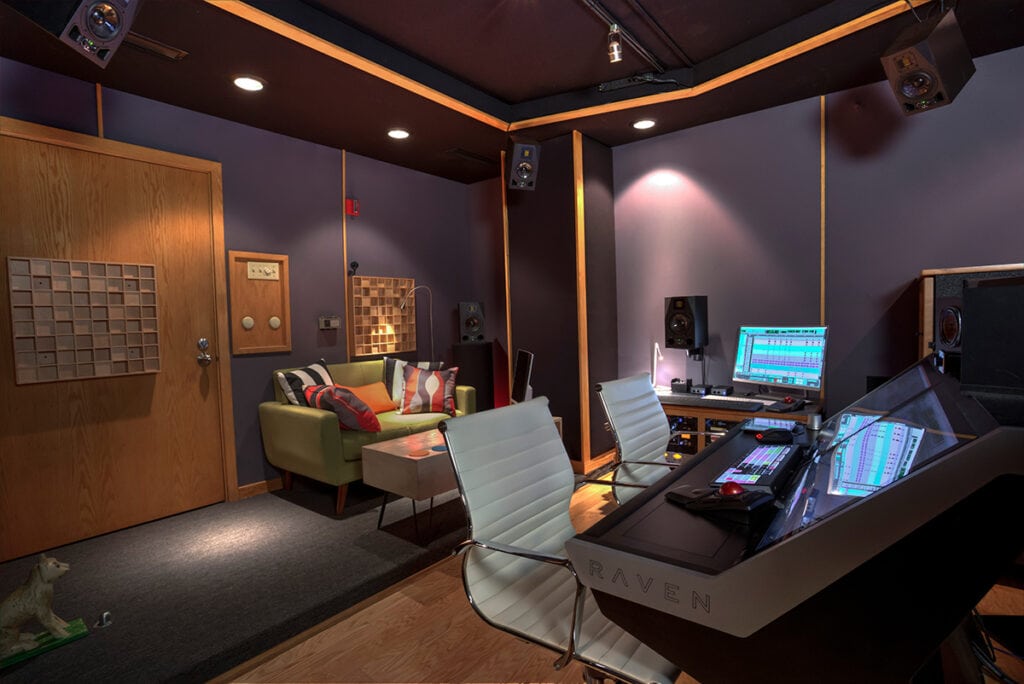 Above: Ambisonic monitor placement devised and executed by Westlake’s Pros at Henszey Sound, LLC for an Immersive Audio experience.

Ambisonic audio is a fully immersive surround sound format that takes the 5.1 and 7.1 formats literally to another level. Because Ambisonic audio adds sound from above in addition to the typical circle of horizontal speakers, it creates an experience that sounds much more natural than the traditional “horizontal only” surround sound. The overhead sound is created by physically mounting speakers above audiences and/or “bouncing” sound off the ceiling from upward angled, horizontally placed speakers.

The vertical format is easily seen in speaker notation. For example, with 7.1.4 Dolby Atmos theaters: 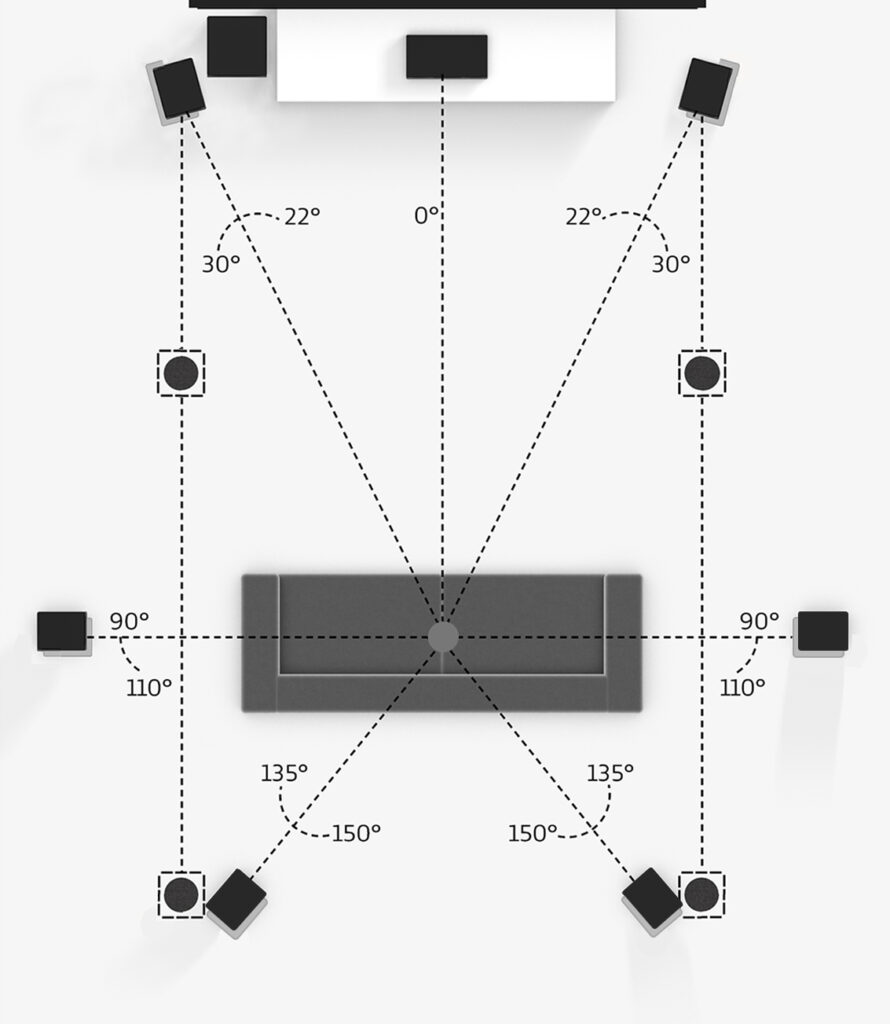 But Ambisonic audio is more than just mounting speakers on the ceiling, it also has to do with how the audio is encoded.

In the next part of our three-part blog series on immersive audio, we’ll teach you about object vs. channel-based audio and take a look at a simple Dolby Atmos home theatre setup. Stay tuned for part two!

Stay tuned for more of this series on Dolby Atmos, DTS:X and Immersive Audio. 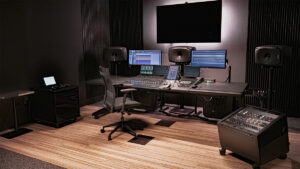 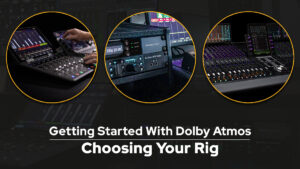 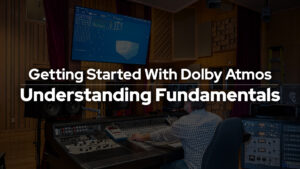 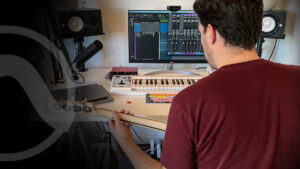 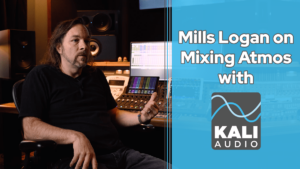 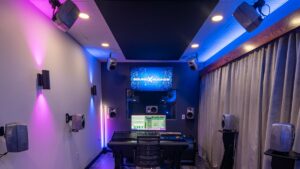 Our Pros are glad to answer any question you have about Dolby Atmos or DTS:X.

Send an email to our team of Professionals here.