Demo a FULLY LOADED UAD-2 Satellite in YOUR STUDIO Today!

For the better part of the last 50 years, Universal Audio has pioneered some of the most important advances in recording technology, producing the first modern recording console along with two of the most popular compressors of all time – the LA-2A and 1176. Through that time, these classic devices have become embedded into the very sound of almost every genre imaginable. From the unmistakable spank of an 1176 on a snare drum to the smooth warmth and leveling of an LA-2A on a lead vocal, these two compressors have been used by just about every top artist and producer since their introduction to the market.

Vintage Sounds for a Modern Age

Despite the countless advances in recording technology since the days of tape, producers, artists, engineers, and listeners have still been drawn to the thick, rich tones achieved by the gear legends of yesteryear. When James and Bill Putnam Jr. (the sons of Bill Putnam Sr. – Universal Audio’s original founder) re-established Universal Audio in 1999, they set out to not only faithfully reproduce the classic recording tools their father had created while developing new gear that would bring the rich sounds of vintage analog equipment to the digital age.

Fast-Forward to 2018 and Universal Audio have managed to refresh the market with exacting replicas of the LA-2A, 1176 and 610 preamp (along with a wide range of modern hybrids) while bringing the same care to bring those beloved sounds to the world of digital recording with UAD–2, their unique plug-in platform. With 95 plug-ins and counting, the award-winning UAD-2 series has become the standard plug-ins of choice for the top producers and engineers around the globe. Featuring exclusive, licensed, and endorsed software versions of the most coveted gear in history, Universal Audio has managed to bring the sound, feel and workflow of a world-class studio to your favorite DAW.

Universal Audio’s Satellite DSP Accelerators are your key to bringing all the sound and power of the recording industry’s most beloved pieces of recording history right to your DAW. Each UAD-2 Satellite is loaded with up to 8 SHARC DSP chips, providing enough power to run multiple instances of UAD-2’s award-winning plug-ins across a complex mix session without taxing your CPU. Today, it’s not uncommon to open sessions with 100+ tracks, each with multiple takes, intricate automation passes, and virtual instruments, all of which will put a strain on a well-spec’d computer while crashing older or less-endowed systems. The UAD-2 platform removes these session-killing limitations while providing the rich, three-dimensional tones heard on countless Grammy-winning records. Mix one session with a Universal Audio Satellite, and your ears will love you, your clients will praise you, and your computer will thank you!

Flawless Integration Into Any Studio

While Universal Audio’s class-leading Apollo series of audio interfaces offer all the perks of the UAD-2 platform along with elite-class A/D/A conversion and record-breaking specs for THD and dynamic range, many studios are already wired up to other interfaces. This is where the UAD-2 Satellite comes in. Offered in every popular format including Thunderbolt, USB, Firewire and even as PCIe Cards (which offers the same performance as Thunderbolt Satellites for studios still running older Mac “cheese graters”), Universal Audio’s Satellite series brings all the power of the UAD-2 platform to your existing studio setup. Once you finish a mix with UAD’s collection of plug-ins, you’ll find that it’s hard to go back to anything else. Knowing this, Universal Audio has future-proofed the Satellite system, allowing you to daisy-chain additional Satellite’s or Apollo interfaces should you find yourself in need of even more power, preamps, or world-class audio conversion.

Small Enough to Fit In Your Backpack

Another perk of the UAD-2 platform is that each device stores your software licenses directly on the hardware, allowing you to bring all your favorite plug-ins to any session. Just drop your Satellite into your bag and pop a copy of the UAD-2 installer onto a thumb drive, and you’re ready to run any session without having to worry about missing plug-ins, mistranslated mixes or the need to recall complex, time-consuming signal chains.

While having a powerful studio at your disposal is nice, sometimes you need to tweak a mix on the go or will find yourself working on a less-than-stellar computer, which is where the Satellite’s DSP Acceleration becomes a true lifesaver! Match your Satellite with one of Universal Audio’s portable audio interfaces like the Arrow or Apollo Twin to have a collection of studio-quality preamps, compressors, EQs, reverbs, and guitar amps in a travel-ready package. When backed by all the DSP power of your UAD-2 Satellite, you’ll be able to run world-class sessions on even the most portable, consumer-grade laptops, making this a perfect setup for impromptu hotel vocal recordings and rough mixes while traveling.

Powerful Enough for the Pros

Don’t let the size of the UAD-2 Satellites fool you – they pack all the punch of a serious studio in the palm of your hand. But don’t take it from me, this is straight from the mouths of Grammy-winning producers, engineers, and artists! Read on to hear what today’s audio elite have to say about the UAD-2 platform:

“My UAD-2 Satellite is quickly becoming a classic piece of outboard gear. I’m using it on every mix.”

“UAD-2 is the first plug-in set that replaces hardware I own – that’s a big deal.”

“The sonic quality of UAD plug-ins is unrivaled – I use them in every mix.”

“UAD Plug-ins are always my first choice. Now with the UAD-2 Satellite, I can have them all the time.”

Things get even more interesting when you hear the testimonials from die-hard analog fetishists and today’s top artists:

“UAD plug-ins are amazing… I’ve used them on all my projects for the last few years.”

“The UAD-2 Satellite gives the mobile producer their favorite UAD plug-ins without having to lug around a desktop.”

“The UAD-2 Satellite gives me access to the world-class plug-ins I’ve come to rely on, with way more power, and in a package that I can toss in my suitcase or backpack… I’m not sure what mathematical voodoo they do over there at UA, but I like it, and I won’t mix without it.”

From Analog to Digital

True to the promise that re-birthed Universal Audio at the turn of the century, UAD’s team of software engineers settles for nothing less than the best when it comes to developing software versions of the recording industry’s most prized audio processors. Rather than simply slapping an EQ profile, hiss and hum on your signal to make things sound “vintage,” Universal Audio’s engineers work tirelessly to re-build each piece of gear in the digital domain, modeling each component to ensure your music goes through the exact signal chain that it would in the analog world.

Let’s be real: much of what we love about vintage gear actually comes from the “happy accidents” that come from the quirks that come with building things in the physical domain. Many of these now-classic effects were never intended to be features but quickly became the sounds you hear on the most iconic recordings of our time. All analog gear, especially coveted vintage pieces, are non-linear, producing different sounds and characteristics based on how hard you drive the input/output stages, the way the controls interact with each other, and how each component reacts to transients, frequency response and the harmonics generated throughout the signal chain. To account for this, UAD’s software engineers test their plug-ins against the original models, often using multiple units, original design documents, and famed “golden units” to ensure that every ounce of magic is captured in the software versions.

Obviously, this meticulous attention to detail requires a healthy amount of processing power, which is handled with ease by the UAD-2 Satellite‘s onboard DSP processing, leaving you and your computer free to work without worrying about annoying crashes or overloads. Say goodbye to buying otherwise quality plug-ins that are barely useable based on their CPU load! Let your UAD-2 Satellite do the heavy lifting while you enjoy one of the world’s richest plug-in collections, stress-free!

While the UAD-2 Satellites are excellent examples of Universal Audio’s sleek design prowess, what good would the power of UAD’s DSP Acceleration be without any plug-ins?

Rather than handing you an attractive paperweight, Universal Audio bundles each Satellite with UAD-2 Analog Classics Plus – a generous collection of 13 world-class plug-ins that cover a wide range of essential tools for any studio. From the prized squash of the Fairchild 670, the thick slap of 2 different 1176s, and the legendary warmth of the LA-2A, your compressor collection just got a healthy upgrade! Color your mixes with the wide, musical brushstrokes of the legendary Pultec EQP-1A and add rich harmonic depth with the 610-B channel strip, the original Universal Audio console, which was used to record The Beach Boys’ Pet Sounds among countless other classics. Add presence to bass instruments and shape incoming audio with the Precision Enhancer Hz and Precision Series Channel Strip, then create a wide range of space and texture with the Precision Reflection Engine, Delay Mod, and RealVerb Pro. With UAD-2, the possibilities are endless!

Save Hundreds with Custom Bundles

Westlake Pro offers a number of custom plug-in bundles that could save you hundreds when you add them on to the purchase of any UAD-2 Satellite or Apollo interface. Get the tools you need to achieve world-class mixes and create your own personal collection of UAD-2 plug-ins to get the sound of all your favorite gear in your studio. If you’d rather go all-in, take 25%-off all 90+ plug-ins with our current sale on Universal Audio’s flagship Ultimate 7 Collection.

When it comes to the authentic analog tones found in the UAD-2 plug-in collection, you need to hear it to believe it. Go ahead, do a blind A-B testing between UADs analog models and your favorite studio hardware, it’s on us.  For a limited time, Westlake Pro is offering personal demos of the full range of the UAD-2 Satellites, which have been fully loaded by Universal Audio with every plug-in they offer. No matter what system you’re running, Thunderbolt, USB, FireWire, or PCIe, you deserve to experience the gorgeous tones, analog workflow, and magic musicality of UAD-2 when paired with a DSP Accelerated Satellite. Your mixes will thank you.

CLICK HERE to schedule your free demo of a fully-loaded UAD-2 Satellite integrated into your studio!

Limited demo offer only available at Los Angeles location. Must provide a copy of current driver’s license/ID along with valid credit card/bank info to qualify. No credit check/deposit required. 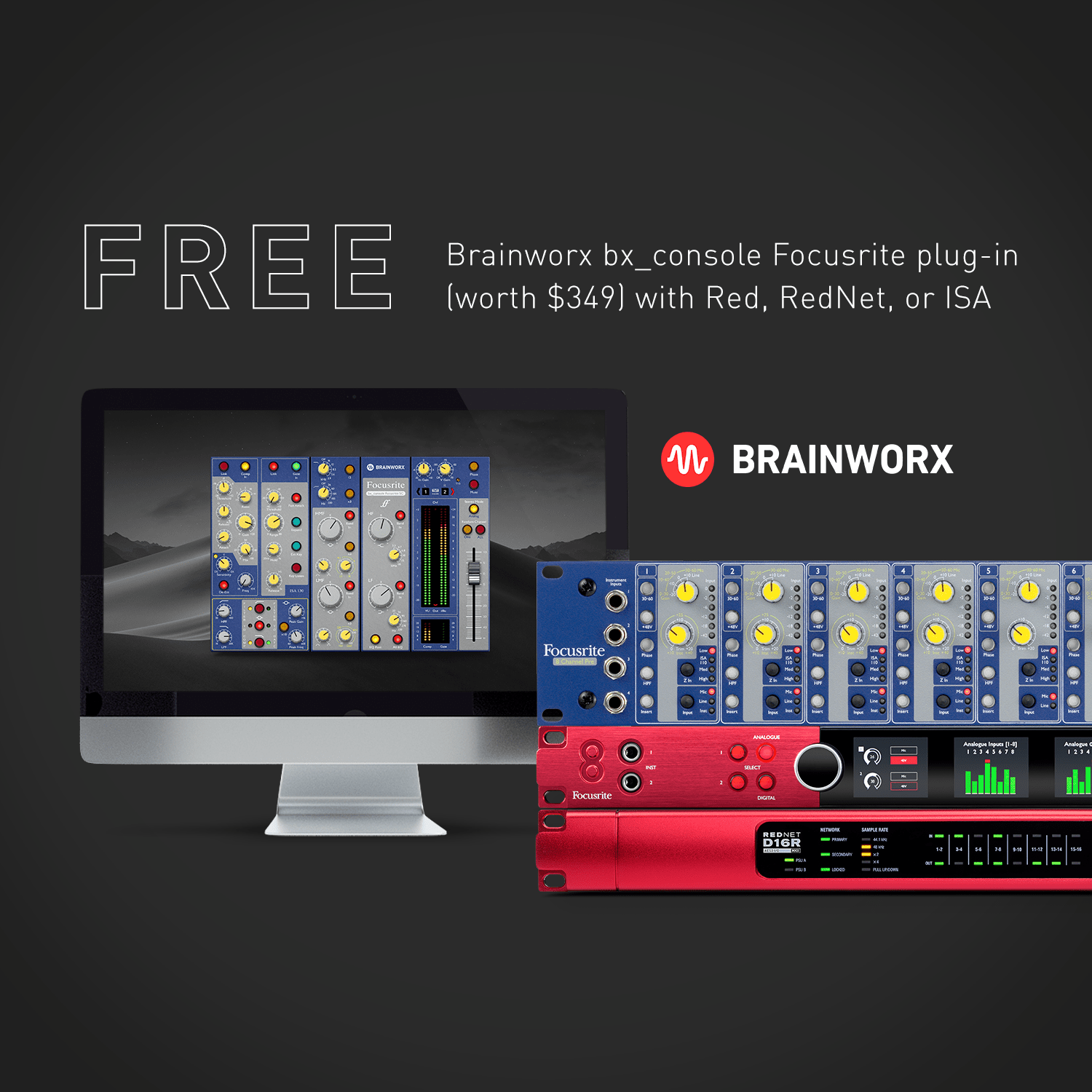 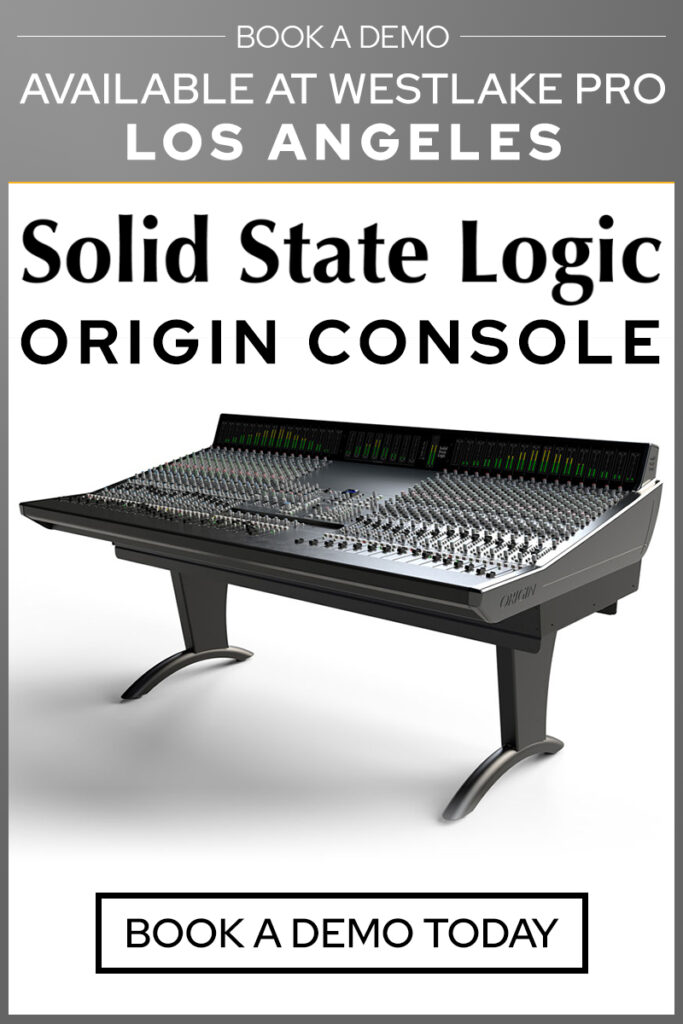