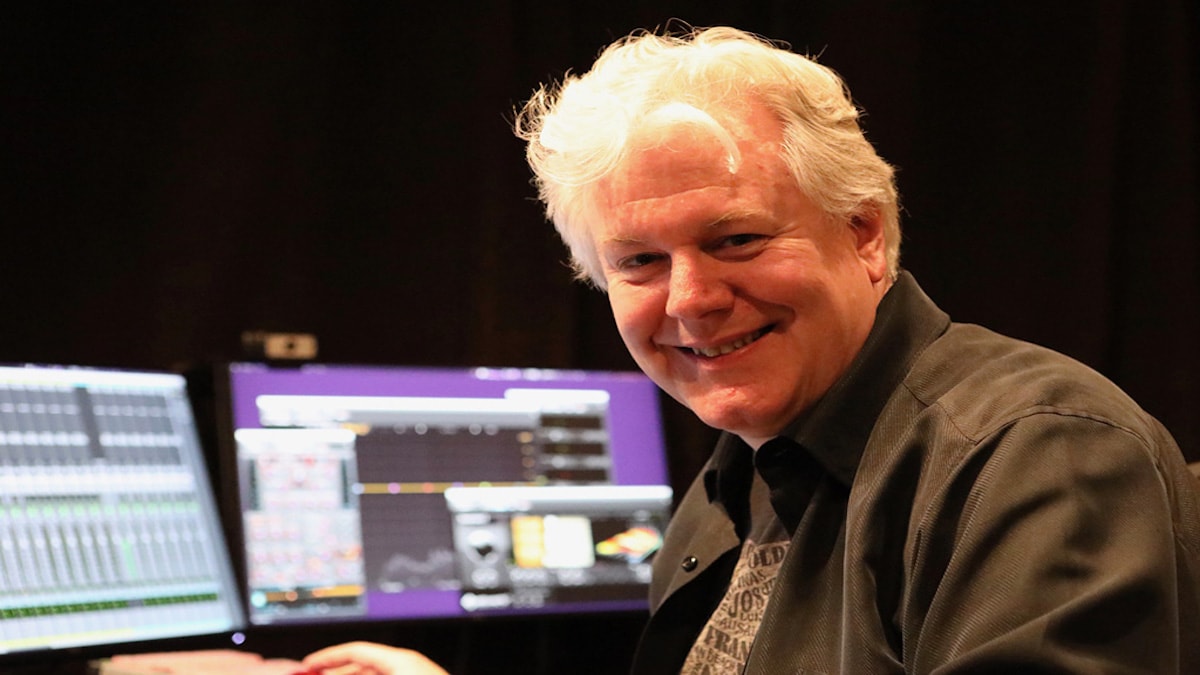 Presented in partnership with Dolby

For more than two decades, veteran re-recording mixer Jonathan Wales has had an incredible career in both film and television. Recent highlights include Get Out (2017) and What About Love (2020), as well as critically acclaimed shows like The Mist (2018). We had the opportunity to sit down with Jonathan and discuss how he used Dolby Atmos to create the stunning audio mix for the hit Netflix series The Haunting of Hill House, which has since been renewed for a second season entitled The Haunting of Bly Manor. 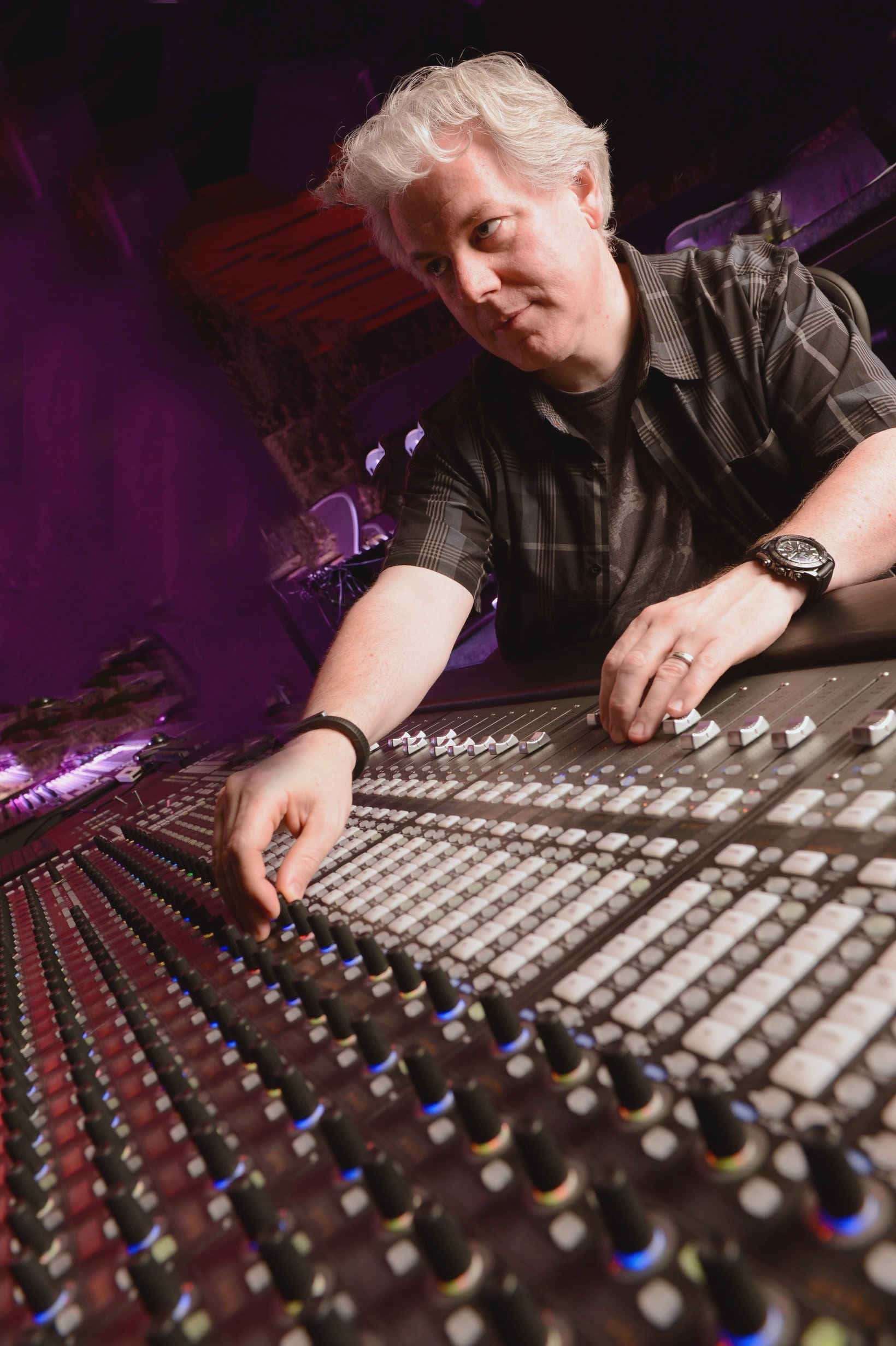 How Long Have You Been Mixing In Dolby Atmos?

The first project I did in Atmos was in 2014, which was a feature film and obviously in the really early days of the format. I didn’t do anything in Atmos for a couple of years, but recently there’s been a lot more Atmos involvement being driven by Netflix as a delivery requirement for their originals.

In 2018, we did The Haunting of Hill House for Netflix, which was mixed in home theater Atmos. I’ve done immersive mixes for the home theater version of other movies—even if they weren’t originally mixed in Atmos.

Is The Majority Of Your Work In Atmos Coming From Streaming Services?

The big driver right now for Atmos soundtracks is coming from Netflix—there’s a lot more content being made in that space than the number of theatrical movies that get made. And Atmos is still a significantly higher premium in time and effort on a big theatrical movie than it is in a home theater context, where the rooms are a little bit easier to handle.

Streaming providers are pushing for premium video formats like 4K, UHD, HDR or Dolby Vision as a differentiator in their business model so they can charge more. And Atmos goes along with those premium formats. I also think that’s one of the reasons that people are suddenly waking up and thinking to themselves, “Oh, we’ve really actually got to figure this out now.”

You Created The Atmos Mix For The Haunting Of Hill House. Did You Use Atmos To Enhance The Action Scenes And Sound Effects?

The Haunting of Hill House is not really a sound effects-heavy show; it’s a dialogue-driven show from almost every standpoint. It wouldn’t necessarily have been the first project you’d think of doing in Atmos. But once you start mixing in it, you realize it’s able to make the track much more expansive and involved in ways that you don’t think about.

For instance, most of the show takes place in Hill House itself, and it’s a big, old house. And one of the things that was very important was to get the sound of the rooms right, with reverbs that really made you feel like this is where they are—they’re in this place and they’re experiencing it. And with Atmos, we had the extra height channels for reverb and were able to use wider textures in backgrounds.

Almost every time we panned dialogue, we used an object because we were intentionally trying to place the sound in a very specific way. I can take a line of dialogue and pan it left, but if I make it an object in Atmos, I can pan it left and increase its size, which changes the whole apparent effect of how it sounds, because it will start to use additional speakers to make it feel bigger. Some of those things made the biggest differences, especially if you listen to the difference between the Atmos track and the 5.1 track. It’s just much more open and expansive of a feeling. And that’s a little bit hard to communicate unless you’re able to compare the two. 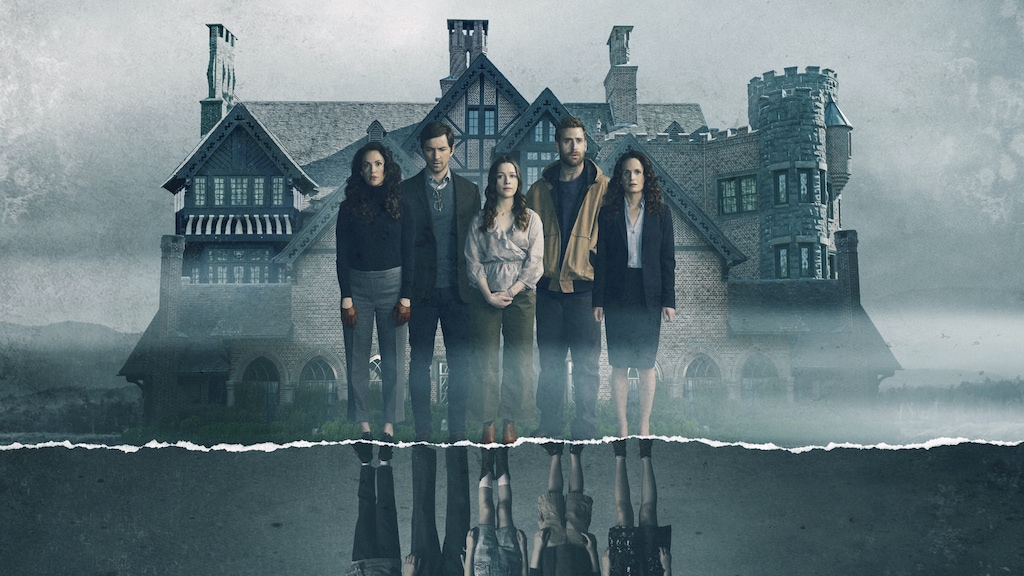 Are There Any Scenes Or Episodes In The Haunting Of Hill House That You Feel Really Stand Out In Atmos?

We had a lot of situations where we had stuff that was directly behind us, which the director was very happy to be able to play with, and we’ve got bangs, and crashes, and stuff coming from different places. And it can really give the audience a much better sense of direction. It was actually a very fluid process, and we would just approach the mix and say, “Oh, wouldn’t it be cool if we did this?” or “I’m not really getting enough of a sense of direction from this sound, so let’s make it an object and see how we can improve it.” And if we were mixing for a lot longer, we might have done more. I feel very comfortable with where we got to, and that it ended up telling the story in the best possible way. The 5.1 mix of Haunting is great, but the Atmos mix is much greater.

The function of what we do in sound is to help tell the story of the movie and help the director achieve their vision. But being realistic, budgets are what they are. So, what we’re trying to achieve is the most spectacular improvement in what the sound can be, that we’re capable of doing in a sensible amount of time.

The workflow now in Atmos is very seamless while you’re mixing. If you understand how it works, then as a mixer it feels very natural, and you don’t have to spend a huge amount of time thinking about it once you’ve done the initial set up. It’s just a fairly natural, fluid process of mixing, and you just have more tools in the toolbox. I certainly think from a sound standpoint, nothing comes close to what you’re capable of achieving with Atmos.

“I certainly think from a sound standpoint, nothing comes close to what you're capable of achieving with Atmos.”

A barrier-to-entry for most Dolby Atmos or DTS:X studios, the Avid S6 and S4 control surfaces can bring lightning-fast productivity to any workflow.

From Sony to Universal and every studio in between, Avid’s S6 and S4 consoles have become an industry standard for mixing Immersive Audio. We sell and install more of them than anyone else in the world. Learn how we can help you upgrade your studio. 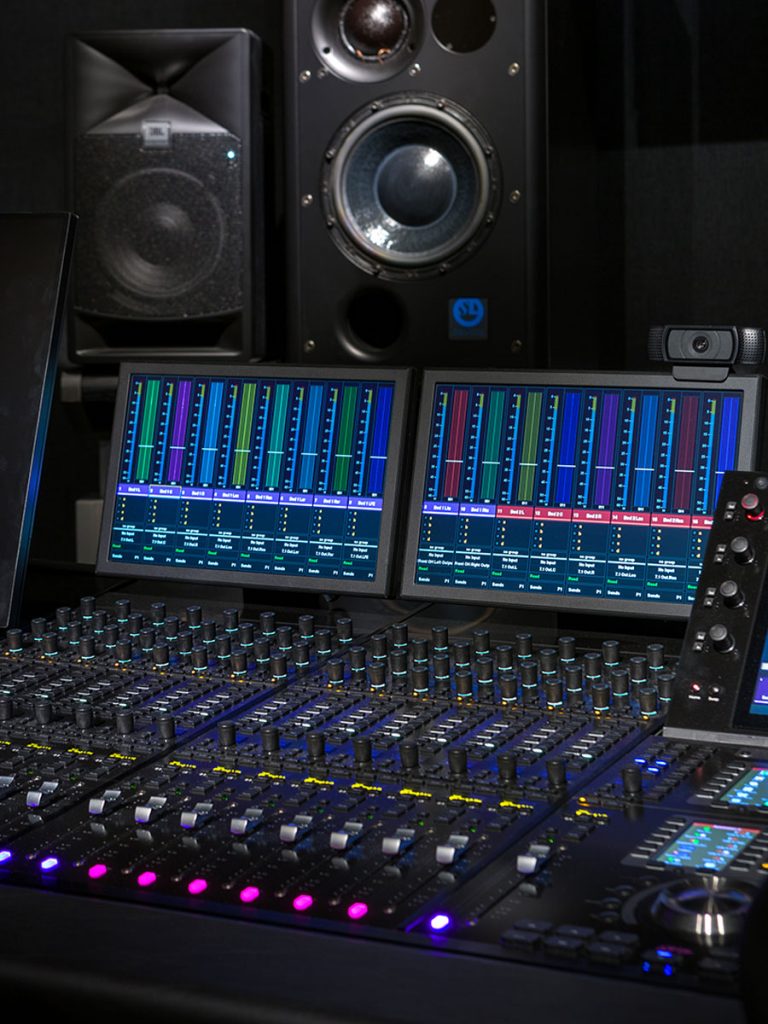 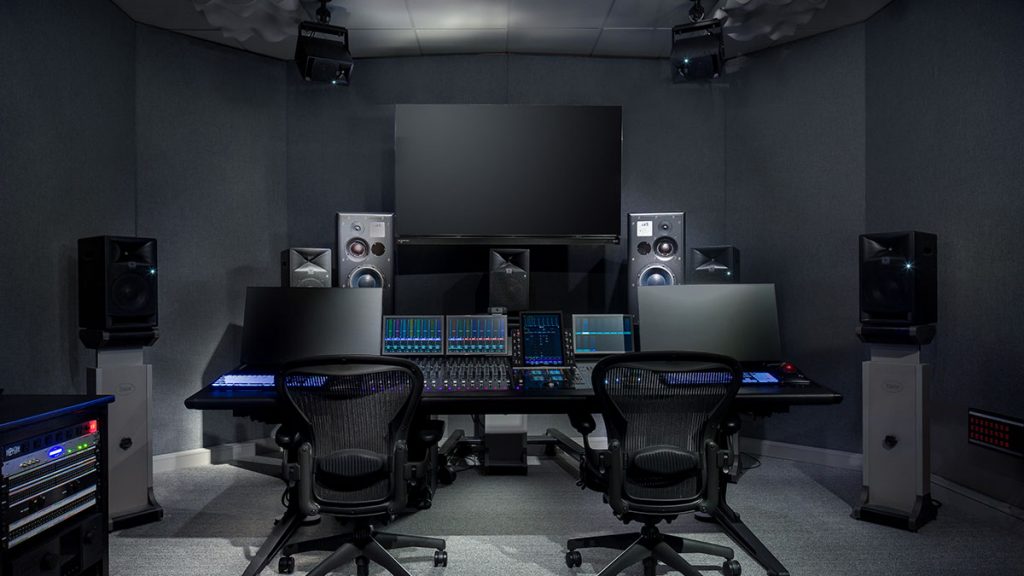 Marti Humphrey, founder of The Dub Stage, walks us through his immersive audio mixing stage which features a total of 34 Meyer surround speakers.