We'd like to congratulate Tim on his promotion and thank him for his continued dedication to the art of studio design & integration.

An inside joke among our staff is that Tim Lawrence wasn’t born—he was built in a Dolby laboratory. But as fun as the conspiracy theories may be, the truth is that he wasn’t always an Atmos aficionado: When he joined the Westlake Pro team in March of 2016 he had a background in studio design & integration for music, but the world of TV/Film post-production and video routing was almost completely new to him. He came on-board as a technician, and hit the ground running.

“During that first year I kind of got thrown into the fire and had to learn how to tackle some really complex routing. At the time it was kind of stressful, but looking back, I’m fortunate I had an opportunity to kind-of apprentice in some of the really unique spaces I did.”

His relationship with music began when he was a teenager. He’d grown up watching his father play bass, and then picked up bass and guitar himself. Eventually he started playing the local circuit as bass player. But when his older cousin upgraded to a Pro Tools rig, and gifted Tim his old Tascam 388 8-track tape recorder, he fell in love with the art of recording.

“After I got the Tascam, I started picking up pieces of used outboard gear here and there and trying all kinds of different things just to see what it would sound like. After a while I guess word got out, and local bands started coming to me to record their demos.

All of that tinkering around on the 8-track eventually led him to enroll in Musician’s Institute for a degree in Music Production and Engineering in 2009. There he learned how to run Pro Tools, how to route audio between analog and digital workstations, and proper studio etiquette.

When he left MI, he went back to gigging with his bass for a while. He knew he wanted to work in the recording industry somehow, but wasn’t quite sure how to begin. He’d been more interested in learning his craft than “networking” during college, and wondered whether he should have made more of an attempt to talk his way into some kind of internship.

“It was getting hard to see the end of the tunnel. I realized how hard it is to get an internship at a studio like in the old days.”

In the end, his focus to the art of recording pieced everything together organically. He decided he could just take everything he’d learned and apply it to his own studio. He went back to recording bands and artists as much as he could, and the business started to grow from word-of-mouth. And then one of his clients watched him troubleshoot a complicated problem on the fly, and told him he knew someone at Westlake Pro who was looking for studio design techs.

That brings us back to Tim’s first year at the company and his on-the-ground training in multi-room studio design and Immersive Audio.

“I remember shortly after I started, we were building Slash’s studio. And I was having trouble getting signal to come through the monitors. He had JBL M2’s and Crown amps that were powered up and seemed to be working just fine, but something was going on with Audio Architect. I was going through the process of troubleshooting, and then the client dropped by to see how things were going. The client, like, you know, Slash—someone I’ve idolized since I was a kid—and he asked how it was sounding. I tried a couple more things but couldn’t get signal. I had a little internal freakout moment, thinking, this is it. I blew it. But he was totally cool about it, and eventually I figured out what was happening and got it working. After that I figured I could handle just about anything.”

In the years since, Tim has become one of the most knowledgeable Immersive Audio technicians in the industry. He started receiving so many calls from clients asking for advice, or even competitors needing troubleshooting help, that we had to get him a second cell phone so he could get a break when he needed it.

As we’ve expanded our Studio Design Group over the past few months, he’s had a chance to impart a lot of his knowledge to other technicians on the team and take on more of a management role.

The new role of Director of Design solidifies this transition. The position will allow him to put his practical knowledge to use by allocating resources as efficiently as possible and bringing new ideas to the design process.

“Every studio is different, but a lot of the work involved in designing and integrating a space can be standardized or turned into processes. I think the department has done a good job of that over the past few years, but there’s always room for improvement. By making sure the logistics and everything are running as smoothly as they can, I’ll be able to focus more of my time on designing studios—which is my favorite part of the job. I’ll come up with a design, do all the BTU heat calculations, rack height, things like that, and hand it off to our integration team to carry it out alongside our Design Group Director, Ryan. We have some great new productivity tools that we’re excited to implement, too. I’m really happy with the team we have right now and excited for what’s to come.”

Some of Tim's work at Westlake Pro... 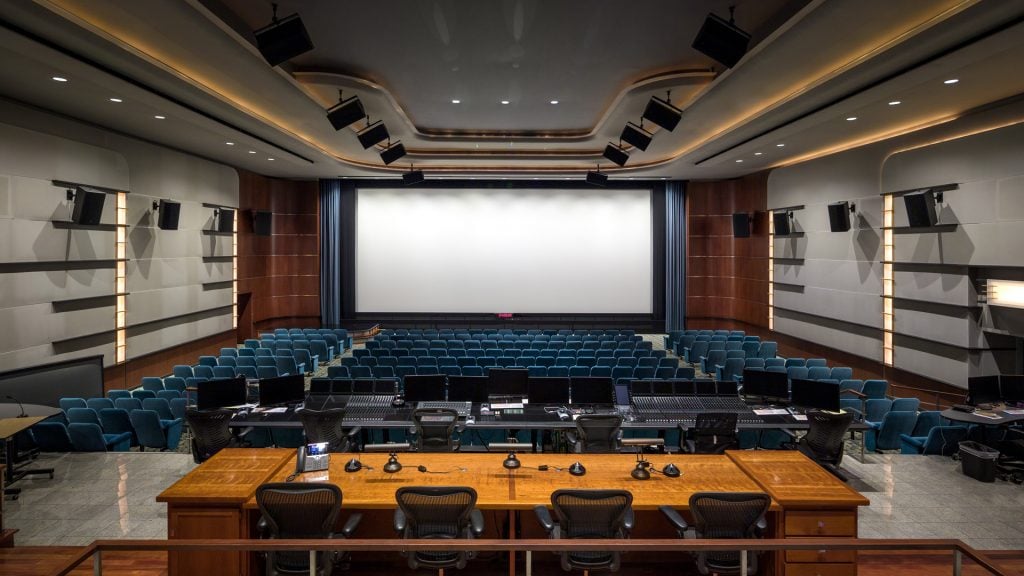