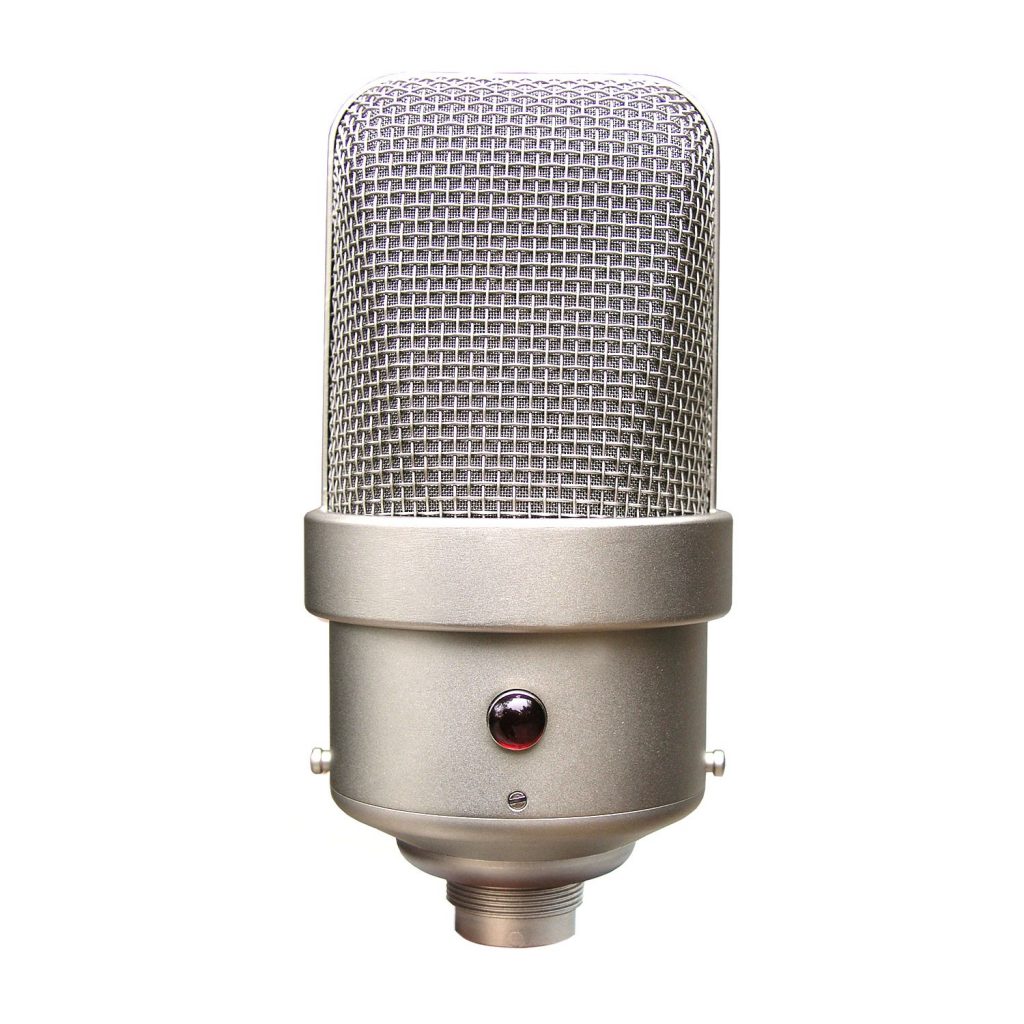 Large-diaphragm tube condenser with three polar patterns, true to the sound of the vintage Neumann M49

The Wunder Audio CM49 S is very true to the vintage Neumann M49 and is an outstanding microphone due to its unique characteristic of having the ability of switching to three different directions; omni, cardioid and a figure eight pattern. The CM49 S is a pressure-gradient microphone consisting of two equal cardioid condenser capsule systems mounted back to back. Its directional characteristic may be changed continuously by remote control, which permits an easy adaptation to various acoustical environments and enabling it to cope with almost any scenario likely to arise.

The CM49 S has an incredibly rich and round tone that has the ability to make even harsher sounds much more pleasant and warm. It is especially a great choice on female vocals; the CM49 is the go-to mic for Alicia Keys. It has a smoother high-frequency range with more warmth and less of that beautiful grit that the CM7 is known for.

The CM49 S has a slanted grille to limit the effect of grille resonance on the response. Because the grille is slanted and presents a continuously varying profile to the capsule, there are fewer standing waves generated. This gives the most natural sound obtainable my any microphone, very pure and pleasantly warm. In every way, the Wunder Audio CM49 Suprema grille is true to vintage and identical to the original M49. It has been used as historical replacement parts on the vintage M49s. The size of the grille forms a larger-volume enclosure giving the capsule more breathing room and contributing to its openness. It has a way of rendering the female vocal with an immediacy and presence not found in any other design.

Wunder Audio CM49 S uses and original MSC2, which is the preferred tube and an upgrade from the ultra-miniature AC701 that eventually replaced this fine tube in the original M49s due to the demands of the German Broadcasting industry. The original Telefunken GmbH German based company, which no longer exists, made a high-end version of the MSC2, Wunder Audio has secured a supply of the this version which was a superior grade and was originally designed for military use.

The CM49 Suprema uses the same M7 capsule as the CM7 Suprema, and yet because of the completely different housing and the triode electronics, there are few similarities in the sound of these microphones. Both mics are superb vocal mics, though neither was designed for the purpose of close-miking, the CM49 S and CM7 S really shine when placed close up with a loud source and creates a very desirable proximity effect.

The Wunder Audio CM49 Suprema uses a M249 style seven-pin Tuchel connector, introduced by Neumann in 1961, that screws on and holds tighter than a eight-pin bayonet Tuchel connector, improving its performance with superior EMI/RF rejection.

The new generation tube Microphone PSU is proprietary to Wunder Audio and is an upgrade from the vintage tube mic PSU’s used for the 1960’s era Neumann design. the upgrade gets a clean and stable DC voltage to the mic and shields the influx of Wi-Fi and RF interference with 100 percent reliability. Wunder has engineered the PSU to the equivalent of the technology incorporated in top tier audiophile systems, using a duel-pole neutral-fusing design. The PSU can be plugged into any voltage in the world without having to jumper a voltage setting switch.

Inside, Wunder has incorporated extremely accurate 30 turn trim pots so Wunder are able to fine-tune all of the voltages. Most other power supply designs either do not have a voltage trim or use a single turn pot, which is susceptible to drifting. For the most reliable pattern switching, the CM49 S PSU uses a military spec Grayhill switch.

Your Wunder Audio CM49 S is nestled in velvet and softly secured in place in a foam-lined quarter sawn oak box that is clasped and hinged. This box then is safely incased in a precision velvet-lined thick foam tweed case that also holds your PSU, your improved one-piece newly designed yoke mount, and your cables. The tweed carrying case is a work of art in itself; it uses the same Fender tweed found in a vintage fender guitar case which amplifies the vintage period of the vintage-style CM49 S microphone, and it is trimmed with top grain leather and fine stitching. The CM49 S case has a strong leather handle and combination lock to keep your mic secure. This case can be sold separately.