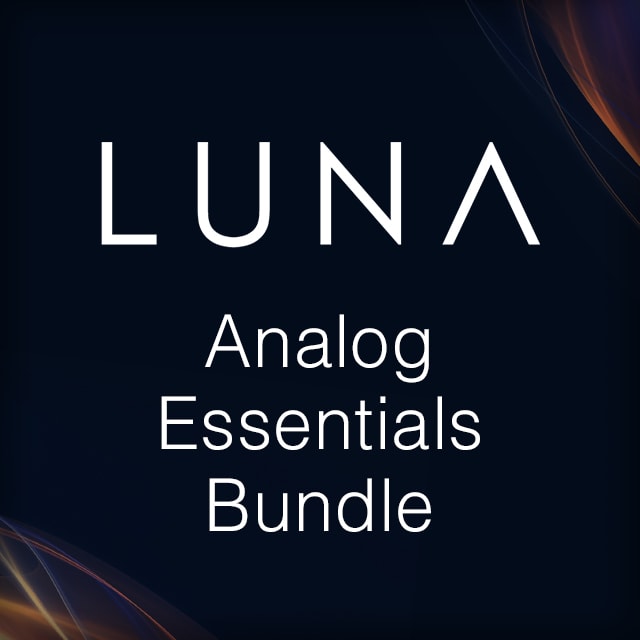 Note: this plug-in bundle is only available to purchase as an add-on to another UAD-2 enabled device including any Apollo interface or UAD-2 Satellite DSP Accelerator. 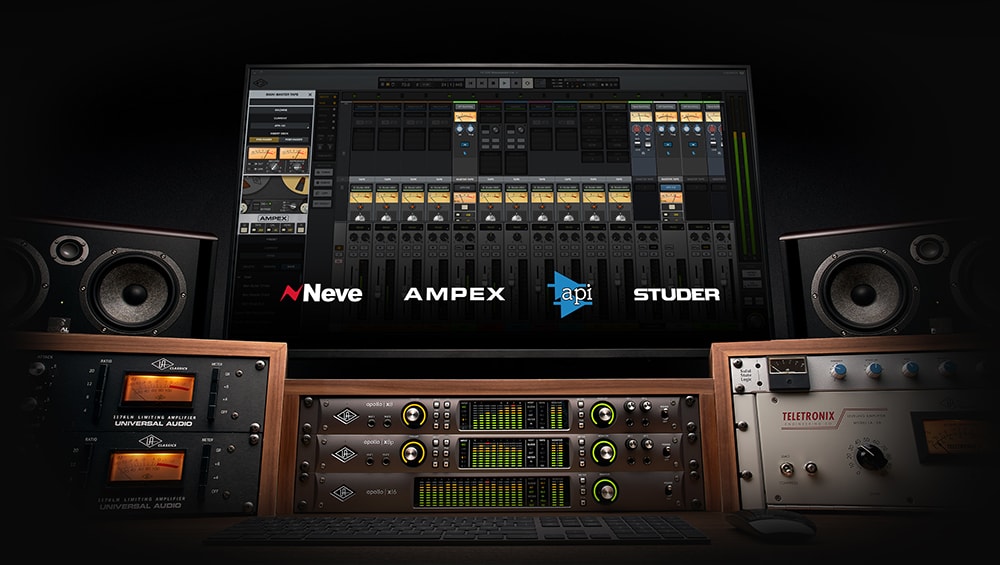 The analog console and magnetic tape machine are the bedrock of world-class analog recording and some of the best-sounding records of all time. With the LUNA Analog Essentials Bundle, you get four pillars of professional analog recording — Neve and API analog summing, and integrated Studer and Ampex multitrack tape — at a huge savings.

Built into the fabric of LUNA’s mixer, these LUNA Tape and Summing Extensions go beyond plug-ins, giving you authentic analog sounds without having to manage multiple plug‑in windows.

Note: this plug-in bundle is only available to purchase as an add-on to another UAD-2 enabled device including any Apollo interface or UAD-2 Satellite DSP Accelerator. 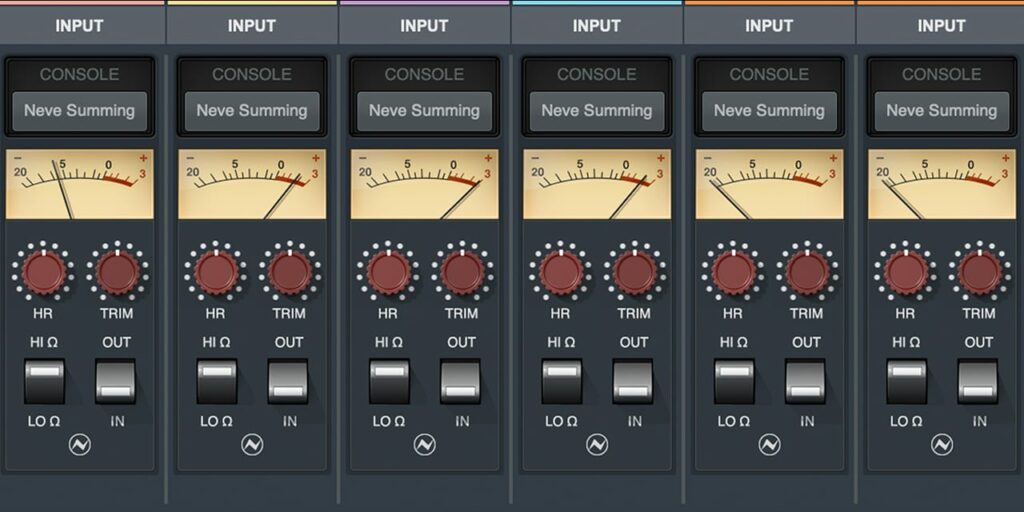 A major ingredient behind countless influential records like Nirvana’s Nevermind and Queen’s Jazz, Neve 80 series consoles are without equal. Developed in partnership with AMS Neve, the Neve Summing Extension emulates the entire summing circuit of an iconic Neve 80 series console — including its coveted 1272 bus amplifiers, giving your LUNA mixes all the color and three-dimensional nonlinearities of Neve’s most cherished analog console. 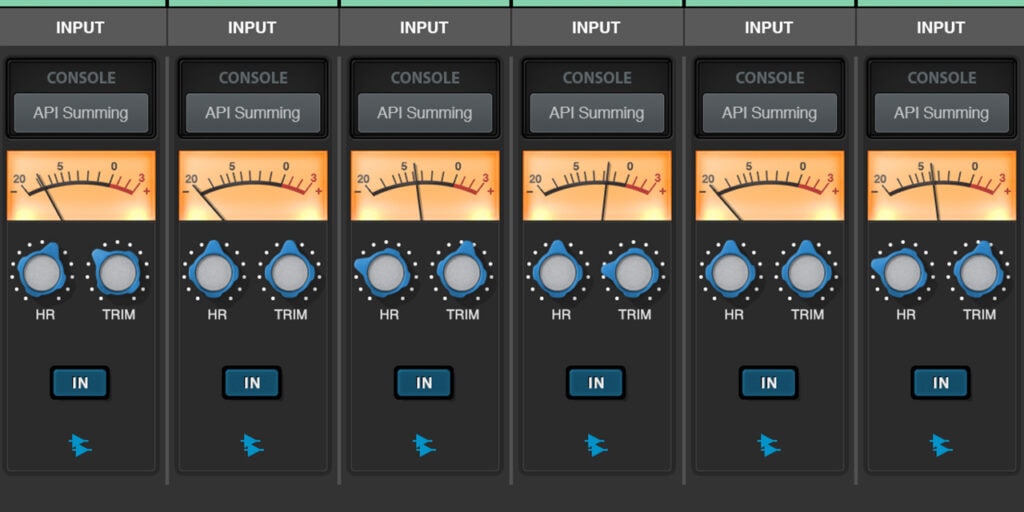 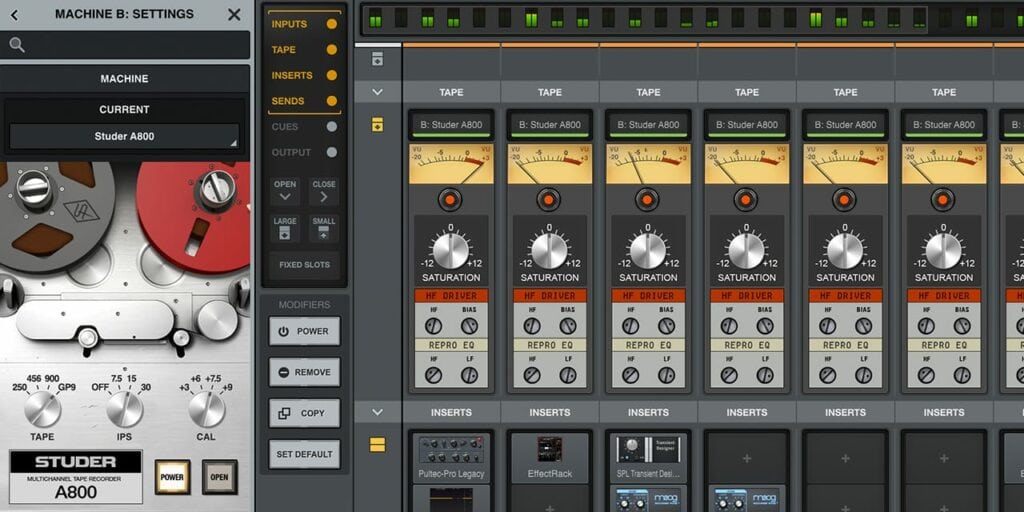 Producers have long gravitated to the warm analog sound, solid low-end, and musical presence of the Studer A800. With LUNA, use the Studer A800 as a LUNA Extension, and get tape character on every audio and instrument track, easily tweaking settings across all channels. As you build up your mix, you’ll hear the cumulative “cohesiveness” of mixing from magnetic tape. Plus, you can add analog complexity by mix-and-matching up to four tape machines, using different tape formulas and per-track controls. 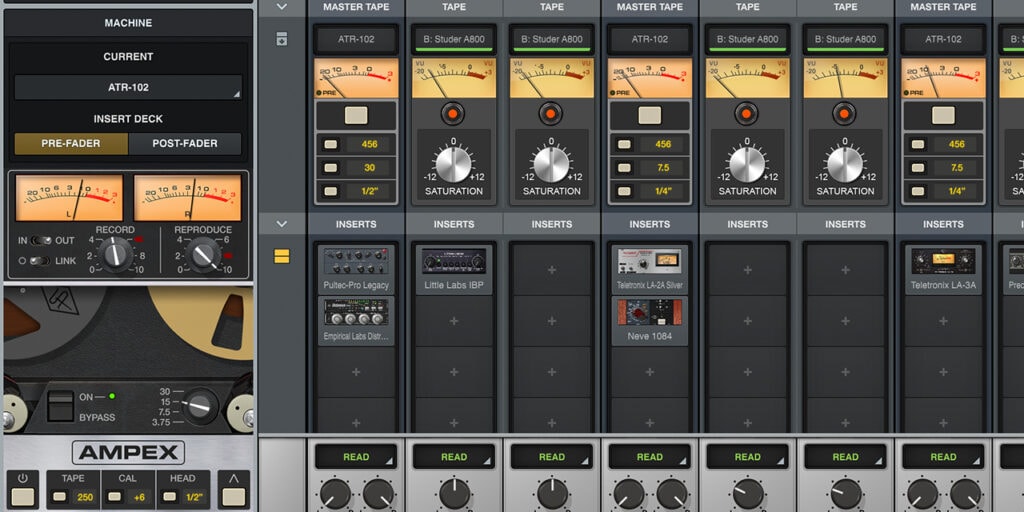 The perfect complement to the workhorse Studer A800, the ATR-102 Mastering Tape Recorder adds the final “analog polish” to your mixes. Since its inception, this legendary tape machine has turned recordings into records with its low-end punch and musical tape saturation. Using the ATR-102 as a LUNA Extension, get instant album-ready Ampex tape tones on LUNA’s master fader and buses with all the authentic dynamics, tone, and saturation characteristics of the original analog hardware.