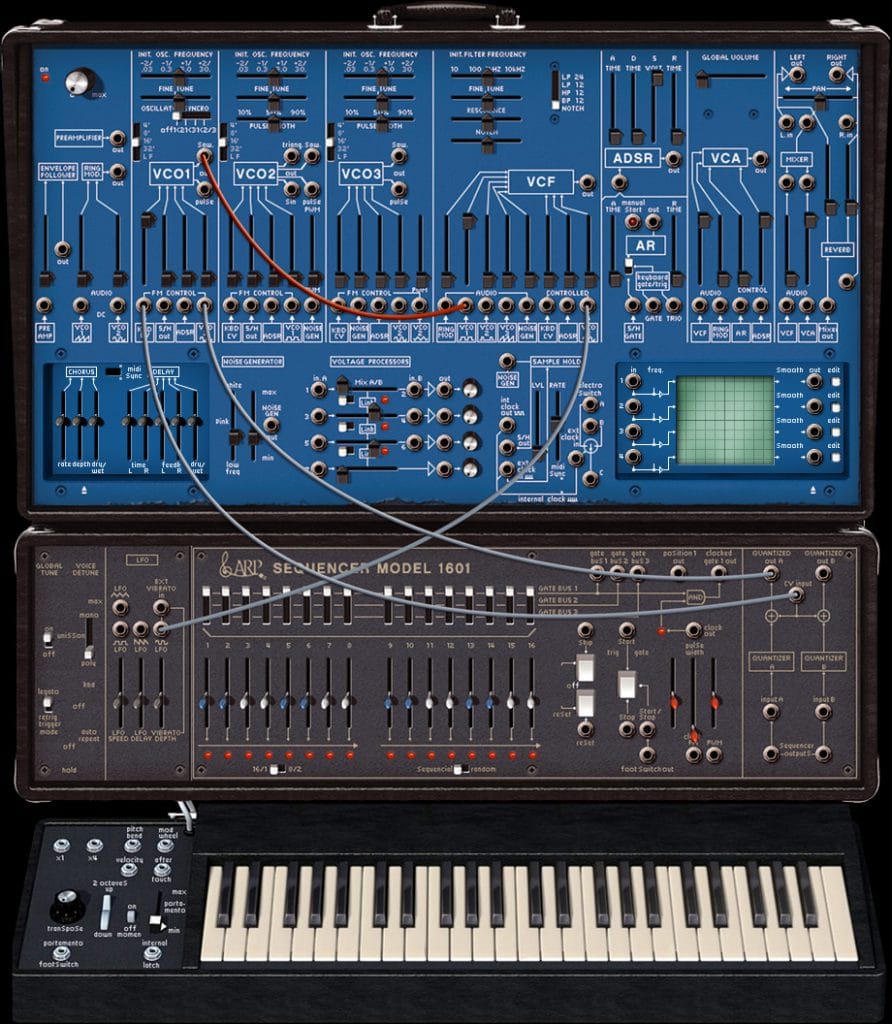 The ARP 2600 is one of the finest analog synthesizers ever made. Celebrated by the most respected musicians over the last thirty years, it is capable of creating amazing sounds, heard in numerous popular tunes from Herbie Hancock to Stevie Wonder. With its sound palette varying from heavy drum n’ bass stabs to angular arpeggiated electro bass lines, whatever your chosen genre, the 2600 is a truly versatile sound creation tool, which still finds a good place in today’s music.

Alan R. Pearlman, whose initials would form the name of ARP Instruments, became interested in instruments for electronic music as early as 1948, when he was a student at the Worcester Polytechnic Institute. This was a means for him to associate his two passions: electronic music and the piano.

In 1969, he created ARP Instruments (originally called Tonus Inc.) with David Friend and Lewis G. Pollock. The company, based in Newton Highlands (Massachusetts, USA), conceived electronic products, but also and above all else a large modular synthesizer, the ARP 2500. The machine used a matrix which connected the different sections of the synthesizer, instead of the traditional cables found in the Moog Modulars. The ARP 2500 found success in American universities.

The growth of ARP instruments was fast and in 1972 the ARP 2600, probably the most legendary of the entire range, was unveiled. This semi-modular synthesizer, conceived with an educational goal, was to become hugely successful after a shaky start. The ARP 2600 was notably used by Stevie Wonder, Joe Zawinul (Weather Report), Tony Banks (Genesis), Jean-Michel Jarre, Herbie Hancock… ARP was the market leader in synthesizers during the 70’s with around 40% of the market share.

In ten years, three versions of the ARP 2600 were commercialized: The first version was called “Blue meanie” because of its steely blue finish. The “blue meanie” was quickly replaced by a second version, with a grey background finish and white silk screening (1972). This was to be more popular. In 1978 ARP decided to change the graphic chart for all of its machines: a black background color with orange silk screening was introduced. The ARP2600 benefited from its third and last version.

With the ARP2600 V, Arturia brings this powerfull analog synthesizer back to life. In addition to the original functions, MIDI control, polyphony, and the ability to create, save and recall presets are all provided. But that’s not all: behind the speakers panels are hidden innovative features that take the initial design of the ARP 2600 to a new level. Four revolutionary tracking generators add sound design possibilites that have never been seen before. Additional effects are also provided and along with the original ARP sequencer, they form an exciting new virtual synthesizer.

If you are at the beginning of your learning curve, you will be enjoy getting started with the hundreds of presets provided, or if you are an experienced sound designer, the ARP2600 V will allow you to immediately add new dimensions to your music.

Sound MAP: Explore hundreds of sounds using our revolutionary Sound MAP. Locate areas you like and pick a sound that will stimulate your creativity. Morph sounds on the MAP by clicking anywhere you like. Add filters to make your search easier, or get back to the traditional list of presets, by sound-designer or by type. Be creative, be funky, be a sound-traveller.