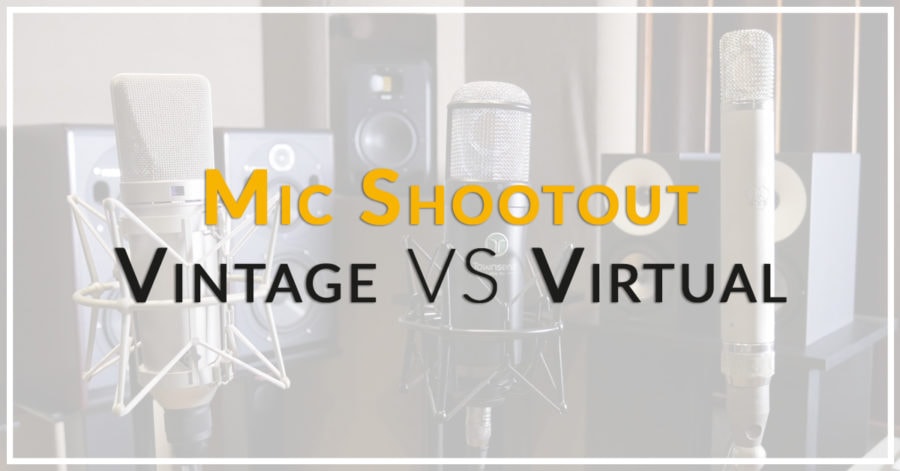 Have you ever wondered what it would be like to own a vintage AKG C12? What about the recently re-issued Neumann U67? Are you curious to explore the modern forefront of microphone technology?

Here at Westlake Pro, the answer to all three questions has been an emphatic YES, so we decided to hold a side-by-side mic shootout with three of our favorite microphones, and we wanted to invite YOU to join in!

We’ve recently had Townsend Labs join us in-store to show us their revolutionary Sphere L22 Modeling Microphone System. We had such a blast testing it back-to-back with some classic mics that we wanted to extend the opportunity to our fellow gear-heads. The mics on offer are a true-vintage AKG C12 in pristine condition along with the 2018 reissue of Neumann’s U67, which we’d like to invite you to compare to the models found in the Townsend Sphere L22.

Townsend Labs has been making waves with their proprietary take on microphone modeling, which debuted with the Sphere L22. Rather than simply slapping an EQ profile on a generic mic to emulate the sound of the vintage classics, the Sphere uses a dual-capsule design that allows you to alter the microphone’s polar pickup pattern, adjust proximity effect and blend in the natural sound of the room to taste. While these features alone would make this mic a game-changer, Townsend Labs has painstakingly modeled a huge range of legendary microphones, hand-picked from a vast collection of vintage favorites, modern classics, and new innovative designs.

Neumann, a brand that needs no introduction, has been responsible for many of the most classic microphones in the industry and is often the gold standard most other condensers are held to. The U67 originally debuted in 1960 and became an instant classic. Heard on countless multi-platinum records ranging from The Beatles “Hey Jude” to Nirvana’s “Nevermind.” Having been discontinued in 1971, it’s been increasingly difficult to find a pristine U67, and prices on the used market have risen exponentially ever since. Thankfully, Neumann has answered the pleas of engineers the world over and has created an exact, sonically identical replica of this legendary tube microphone, hand-built to match the specs of the original. These have been moving quickly, so call your Westlake Pro Sales Consultant today to secure this timeless piece of music history in your mic locker!

Predating the U67 by almost a decade, the AKG C12 is one of the first microphones to offer selectable polar-patterns. The fact that it offered a total of 9 pickup-patterns was unprecedented. This proves useful for recording choirs and large orchestras (as heard on The Beatles “A Day In The Life”).

Where the C12 claims its place as a “holy grail” microphone is in front of a vocalist. The airy, open tone, and detail of the C12 has been used to capture every nuance of a singer’s performance since its debut. Just take a listen to the star-studded vocals heard on “We Are the World” for an easy example. If you want a more focused listening experience, check out Alanis Morissette’s multi-platinum album “Jagged Little Pill,” which was recorded at Westlake Recording Studios.

To book your private demo:

This exclusive side-by-side comparison will be held in one of our world-class demo studios at our Los Angeles location. Just bring a current recording project and your favorite singer for a rare opportunity to experience the past, present, and future of microphone technology. This is an exclusive one-on-one private demo and only available while supplies last.

Curious to hear a different microphone? Let us know what you’re looking for, and we’ll get it set up for your demo. Space is limited, so contact your Westlake Pro Sales Consultant TODAY to book your private demo!