The Closest You Can Get to Analog Recording Without Winding Tape 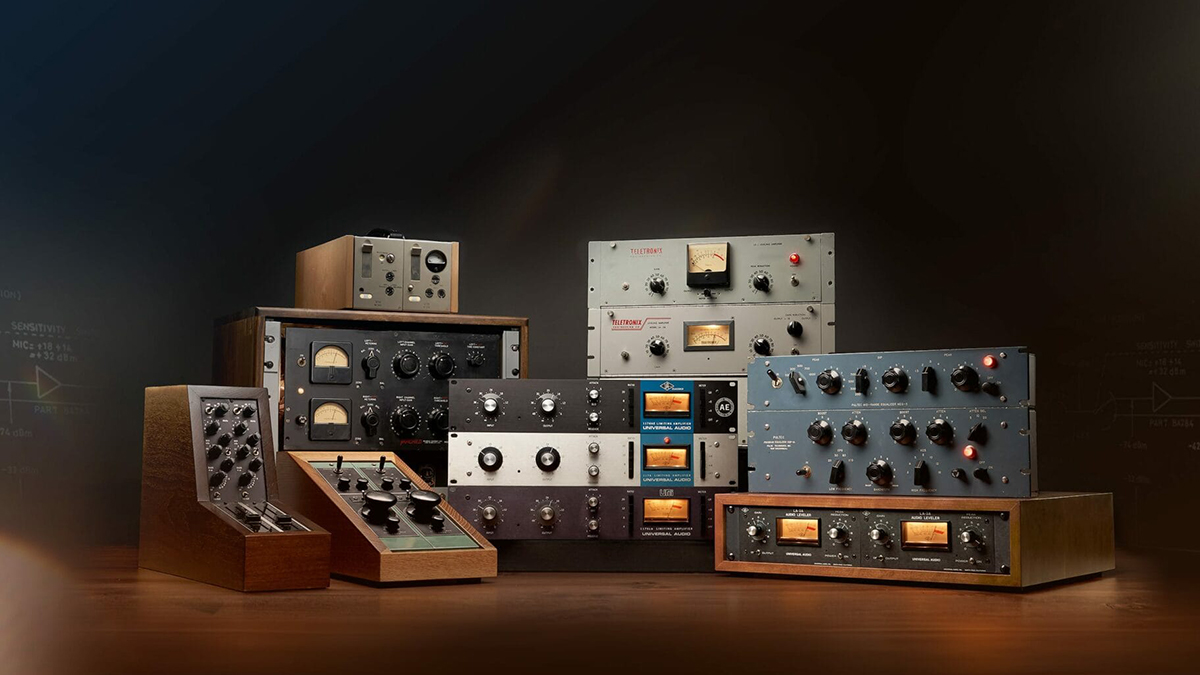 The Closest You Can Get to Analog Recording Without Winding Tape

If you made it to NAMM 2018, you probably saw Universal Audio’s Analog vs Digital shootout. Audiophiles donned a pair of headphones and pressed a button to listen to an analog compressor or EQ unit, then another button to hear the UAD-2 digital emulation of them with the same settings and source audio. Then you’d press a third “mystery button” and guess which one you were hearing. Each person would hear four different pieces of equipment and their digital counterparts and write down four “mystery button” guesses.

I went through each one and listened carefully before writing down my best guess. I was surprised to find that most of them completely stumped me. I’d listen to all three buttons again. And again—am I hearing an original piece of analog equipment or an imposter?

It turns out I wasn’t the only one feeling a little less confident with my ears than usual. A Universal Audio rep kept a going tally of responses vs. correct answers from the scorecards and the ratio of those told me that, for all intents and purposes, we listeners were practically screaming “WE HAVE NO IDEA!” as we filled out the scorecards.

Now if UA had set up a booth in the mall, I wouldn’t have been as surprised by that result. But there we were, in the biggest pro audio event in the country! Practically everyone in attendance was an audio professional in some capacity. And most of us were stumped. Audio engineers are not typically humble or shy about their opinions of audio quality.

To put it into perspective, this would be like putting a bunch of car guys in a room with a genuine, all-original 1969 Camaro SS and some kind of newly-manufactured clone that costs less than 1/10th of the price. Most would scoff that you’d even think they wouldn’t be able to spot the real thing! But then when you ask them to tell you which is which, some head-scratching begins and there are quite a few wounded egos.

It was quite a clever and convincing hands-on demonstration—and one that worked beautifully. I ordered a Universal Audio Apollo 8p the next week!

Once I sat down with my newly-acquired piece of UA hardware, was blown away all over again when I tried out some of the Unison preamp emulations. Using the same ingenuity that created the UAD-2 signal processing plugins, Universal Audio’s Unison technology manipulates the gain structure, harmonics, and characteristics of the preamps in the actual hardware to emulate vintage microphone preamps with stunning accuracy.

Controllable within the UAD Console, you can set up a Neve 1073, Bill Putnam’s 610A, or a number of other iconic vintage mic preamps, and capture the harmonic qualities that propelled their names into the audio history books. Heck, throw one on each track of your stereo guitar, or different ones for each signal of your drum tracks! Just like any other UAD-2 plugins, you quickly realize the expanded capabilities of your rig when all of the processing power is handled within the interface or other external DSP processor rather than bogging down your computer.

I thought of all these possibilities, and suddenly dropped or reprioritized thousands of dollars on my “must-have” list of studio hardware.

Maybe you’ve already known about all of this for a while, but the barrier-to-entry has remained just outside of reach for your ever-growing audio career.

Well, as they say—the times, they are changing.

With the release of the Universal Audio Arrow, entry into the world of UAD-2 plugins is more affordable than ever.

At just $499, you can get an Arrow interface and 14 incredible UAD-2 plugins!

The Arrow is UA’s newest interface, designed for musicians and engineers on the go, home studios or anywhere you need top-quality audio recordings. It uses the same Unison preamps as its big brother Apollo and features an ultra-fast Thunderbolt 3 connection to your computer. (Note that it requires native Thunderbolt 3 connections, so adapters won’t do the trick).

You Get Even More UAD-2 Plugins When You Bundle

With a new Universal Audio user account, you’ll get a 14-day demo of each and every UAD-2 plugin in their entire collection. Since you have 45 days to choose which plugins you want to grab in your bundle, you’ll have plenty of time to try out a bunch of them and find the ones that work best in your own DAW setup.

It can get a little overwhelming (there are tons of awesome plugins in their library!), so we recommend trying them out in groups rather than unlocking 14-day demos for all of them at once.