We Are Sound Obsessed.

Our staff is comprised of pro audio experts with specialties in a wide range of gear, audio tools, and workflow solutions. With expertise in everything from the most complex post-production workflows to ergonomic home studio setups, our friendly staff will provide you with the highest level of service to achieve your goals. 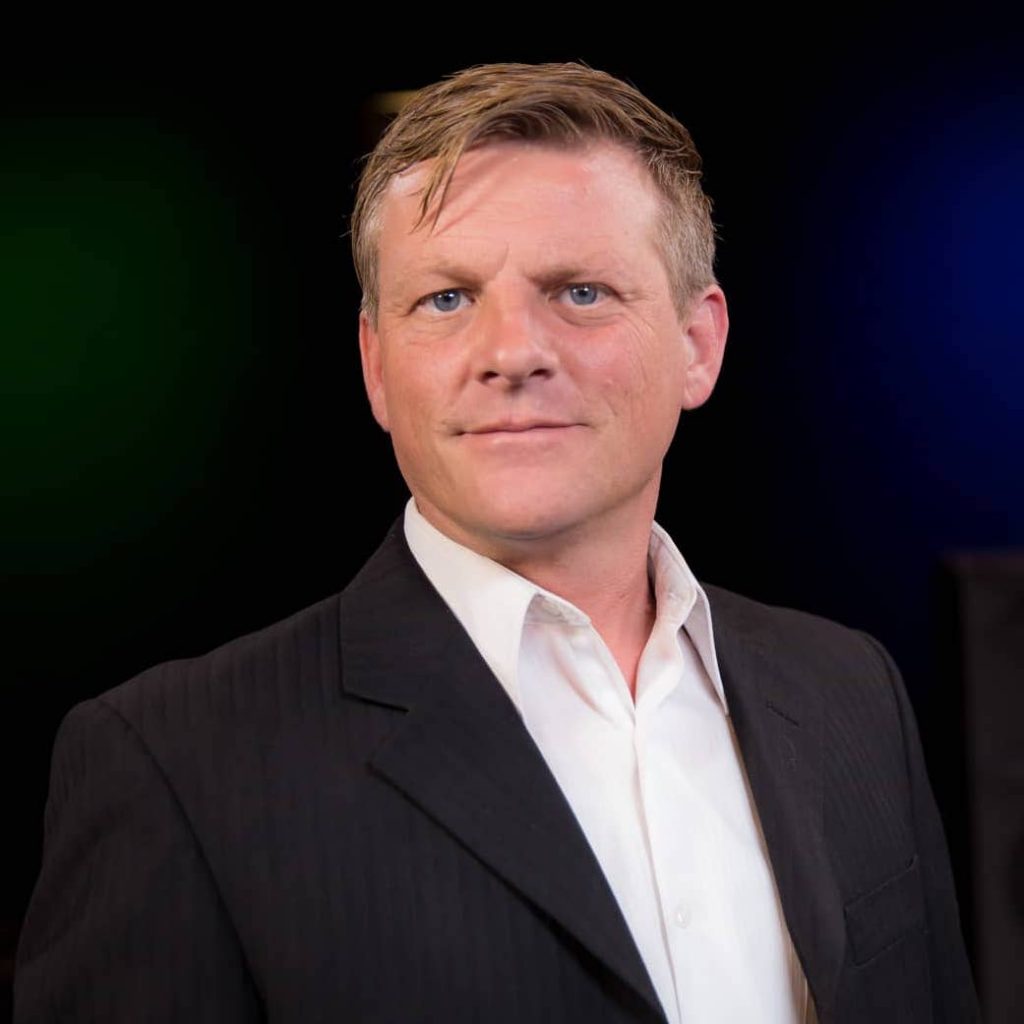 With experience both in front of and behind consoles in studios and venues around the country, Gadget has established himself as the go-to guy for Southern California’s elite group of musicians and audio professionals. After years as a touring drummer, Gadget relocated to Los Angeles in 2003 and has since immersed himself in both the film and TV post-production markets, as well as the growing video gaming and virtual-reality industries. From software troubleshooting to studio design and integration, Gadget’s clients know that they can count on him for any and all of their audio needs. Whether you’re a music studio or a post-house, in need of a basic Pro Tools renewal or a complete Atmos system, Gadget has you covered. 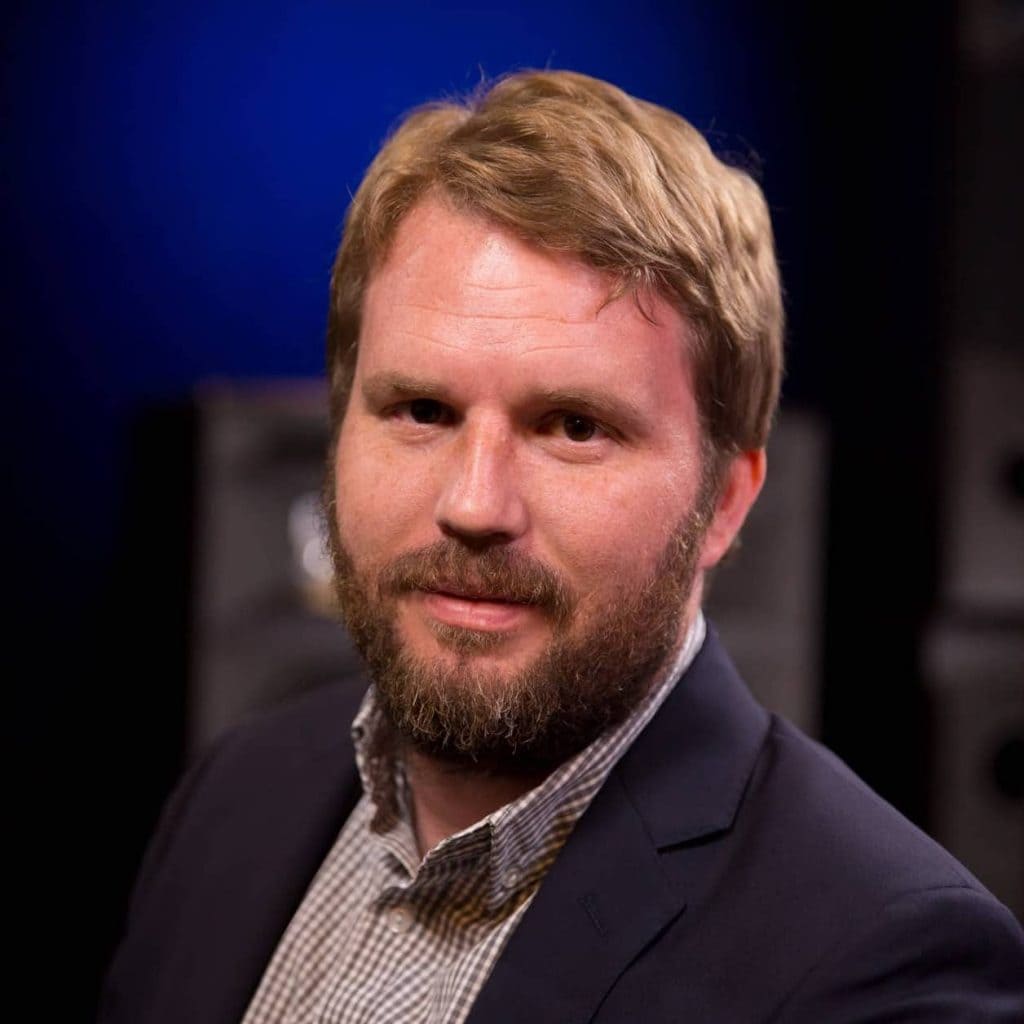 Along with 12 years in pro audio sales, Stephen Bannister is also an active musician in the Los Angeles music scene. A bass player in the electronic rock band, Battle Tapes (whose music has been heard on hit television series, such as Lucifer, Bones, Elementary, Girls, and The Originals), Stephen has developed solid relationships across all areas of the audio industry. His clients include music studios, post-production facilities, film composers, touring bands, as well as home-studio hobbyists. Stephen’s immersion in both the L.A. rock scene and pro audio industry gives him the hands-on experience and knowledge necessary guide you toward the right equipment for your needs and budget—from bedroom studio to world-class recording facility, weekend warriors to national touring act, film composer to post-production facility. 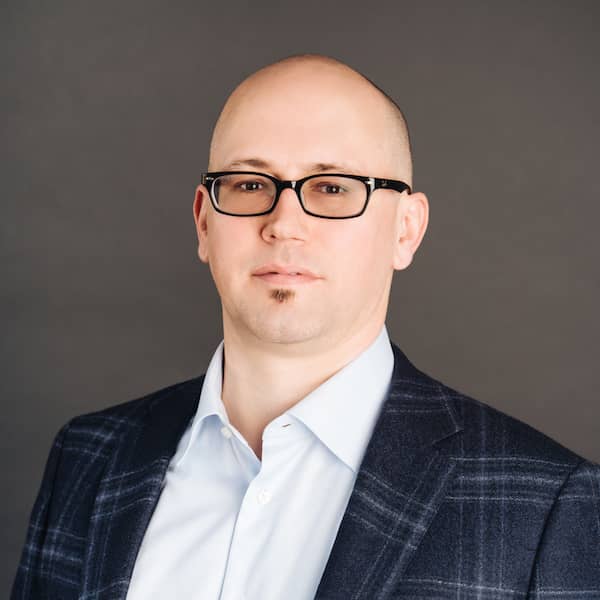 Director of Business Affairs, Central US

Chad’s obsession with sound began at a young age growing up in a musical family in Upstate New York. He spent his days playing drums & percussion in orchestras, local bands and drum & bugle corps. After studying percussion at The Crane School of Music he ventured to Nashville Tennessee to work in the studio scene where he immersed himself into the technology and techniques of recording. In order to earn a living in Nashville’s competitive market he started selling recording equipment, designing home studios and providing DAW integration and support. Sixteen years and hundreds of projects later, Chad has become a key figure of the Nashville community. His clients include Nashville’s most talented artists, producers, engineers, studios and educational facilities. Whether you want to put together a GRAMMY winning vocal chain or design a studio fit for the cover of MIX, Chad has you covered. If he happens to not be at work, Chad enjoys traveling, cooking and patching his modular synthesizers. 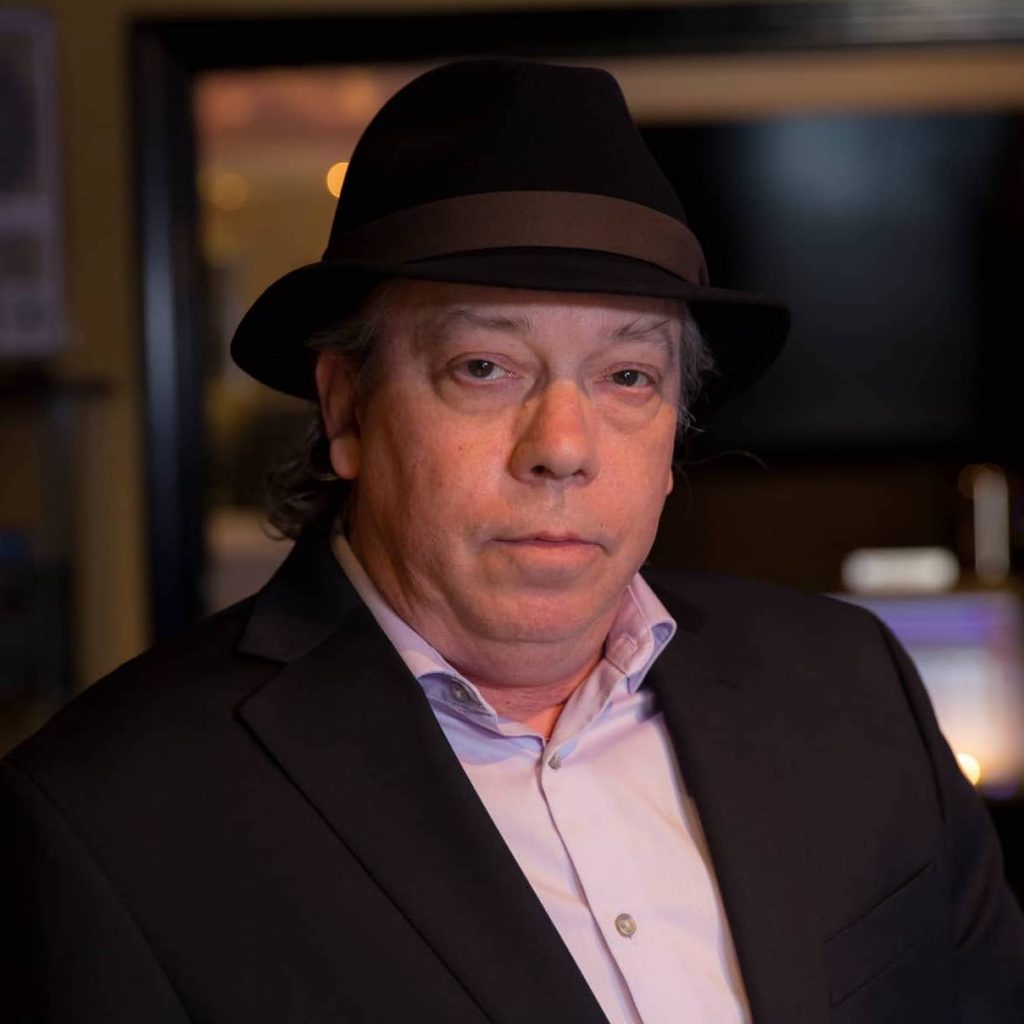 Reb has worked professionally in all aspects of the music industry, spending years as a touring musician, recording engineer, live sound engineer, and in pro audio retail. He brought his considerable hands-on experience to bear as pro audio manager for Westlake Pro for the last five years. His clients include film and television composers, post-production and equipment rental facilities, and professional musicians at all levels. Based on his varied experience and today’s proliferation of hybrid systems, Reb has fashioned a unique niche in pro audio, which is integrating new technology into existing setups. (Of course he is quite capable of design and implementation of audio systems from the ground up.) In his own words, “Sales at this level is really about problem solving; the key is in understanding my client’s specific workflow, mitigating potential conflicts or downtime, and increasing productivity.” 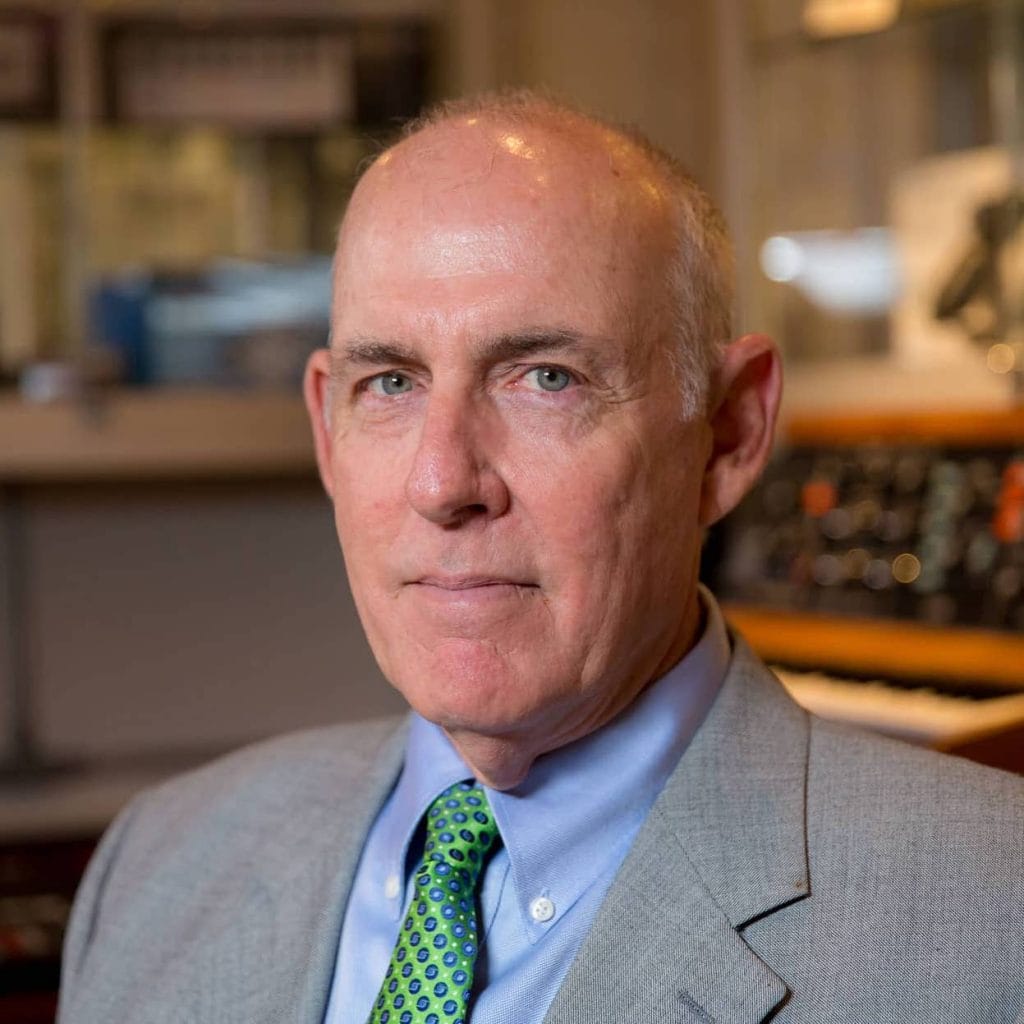 Randall has been a key player in the Los Angeles pro audio market for 30 years. His product knowledge and understanding of the inner-workings of the pro audio industry are second to none, thanks to his hands-on experience and working relationships with virtually every major pro audio manufacturer. Along with providing equipment to major rehearsal and equipment rental facilities, Randall has also been involved in pro audio product development. With his first-hand knowledge of audio equipment and extensive connections throughout the industry, Randall is committed to going above and beyond to make things happen for his clients. When it comes to recording, live sound, tour support, wireless systems, sound treatment, and lighting, put Randall’s audio expertise and insider’s perspective to work for you. 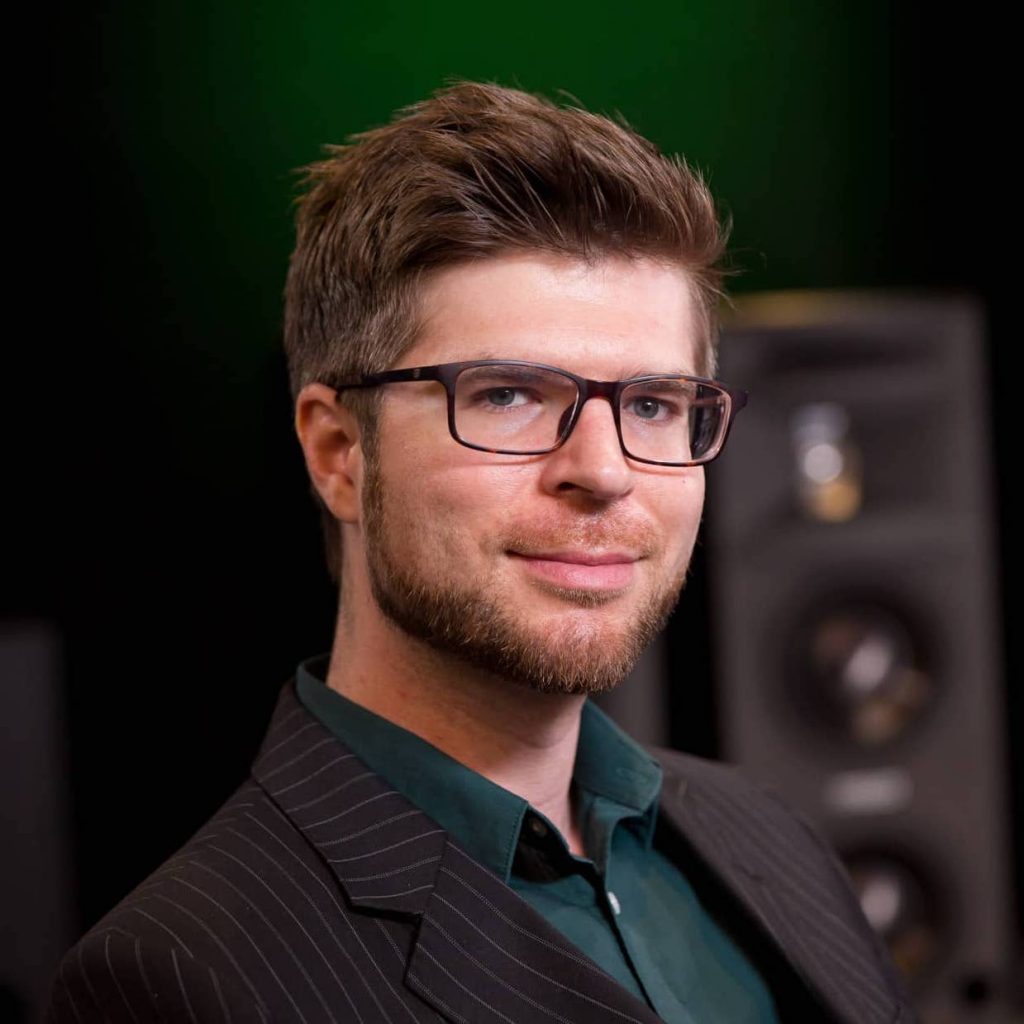 A certified Pro Tools HD operator, composer, and engineer, Danny Fasold has been involved in nearly every aspect of pro audio, from recording music to sound design, voice-over sessions to live webcasts. Daniel earned his degree in audio engineering at The Los Angeles Film School in 2011. Upon graduation, he began working as a re-recording mixer, sound designer, and dialog editor for film and television, amassing a number of credits on IMDB. Not just a leader in pro audio and recording sales, Danny makes himself a critical component in the success of his clients. When you work with Danny, you’re not only investing in equipment, you’re forming a long-term relationship, which his clients have come to consider as their most important piece of gear. 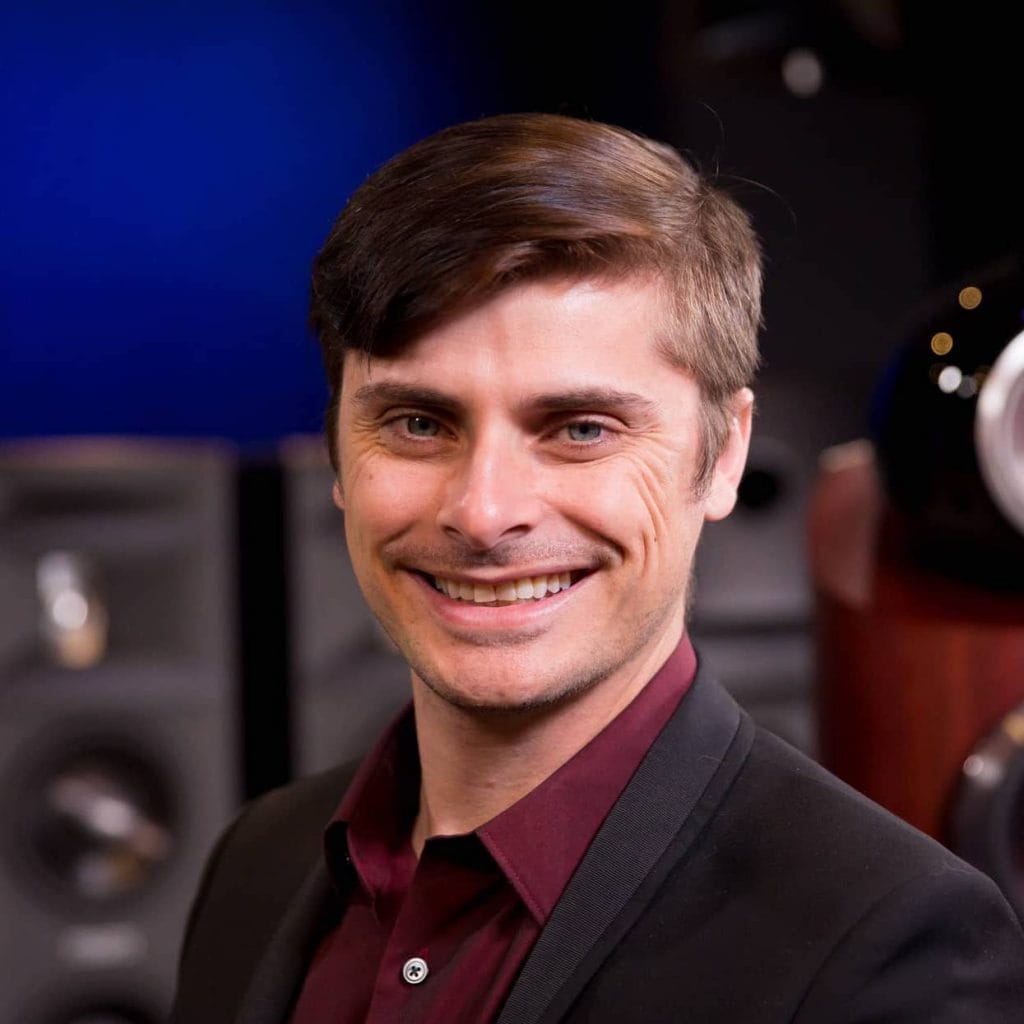 Matt grew up on the dub stage and in the editing room. Eldest son of Mark Mangini, Matt has sound & music in his blood. A Sound Designer & DJ by trade, Matt has spent the last 10 years at MI working his way from the bottom to the top. He now focuses on the composer and post production sound markets. 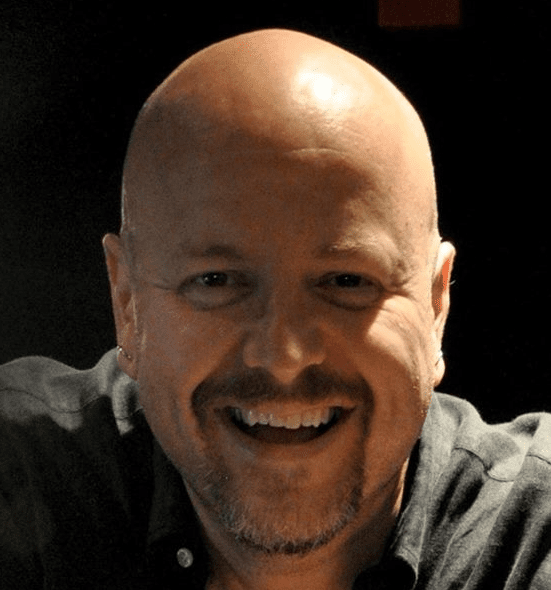 Matt has over 30 years of experience in all aspects of the audio industry (Music, TV & Film production as well as Live Touring Production), with expertise in Mixing, Recording, Studio & System Design as well as expertise in Studio Management.   In the Studio Matt has been putting his engineering skills to the task and helping them win 5 Grammy awards, working with such artists as Lenny Kravitz, Chainsmokers, Billy Joel, Mick Jagger, Sheryl Crow, Jay-Z, Beyonce just to name a few.  He also has a Technical Emmy Award for Outstanding Audio.    On the road, he has been Assisting bands put together Live Tour Systems as well as producing worldwide tours from the technical side.   So no matter if it’s picking the right microphone for a particular voice, or completely designing our facility, Matt has never met a challenge he wouldn’t take on. 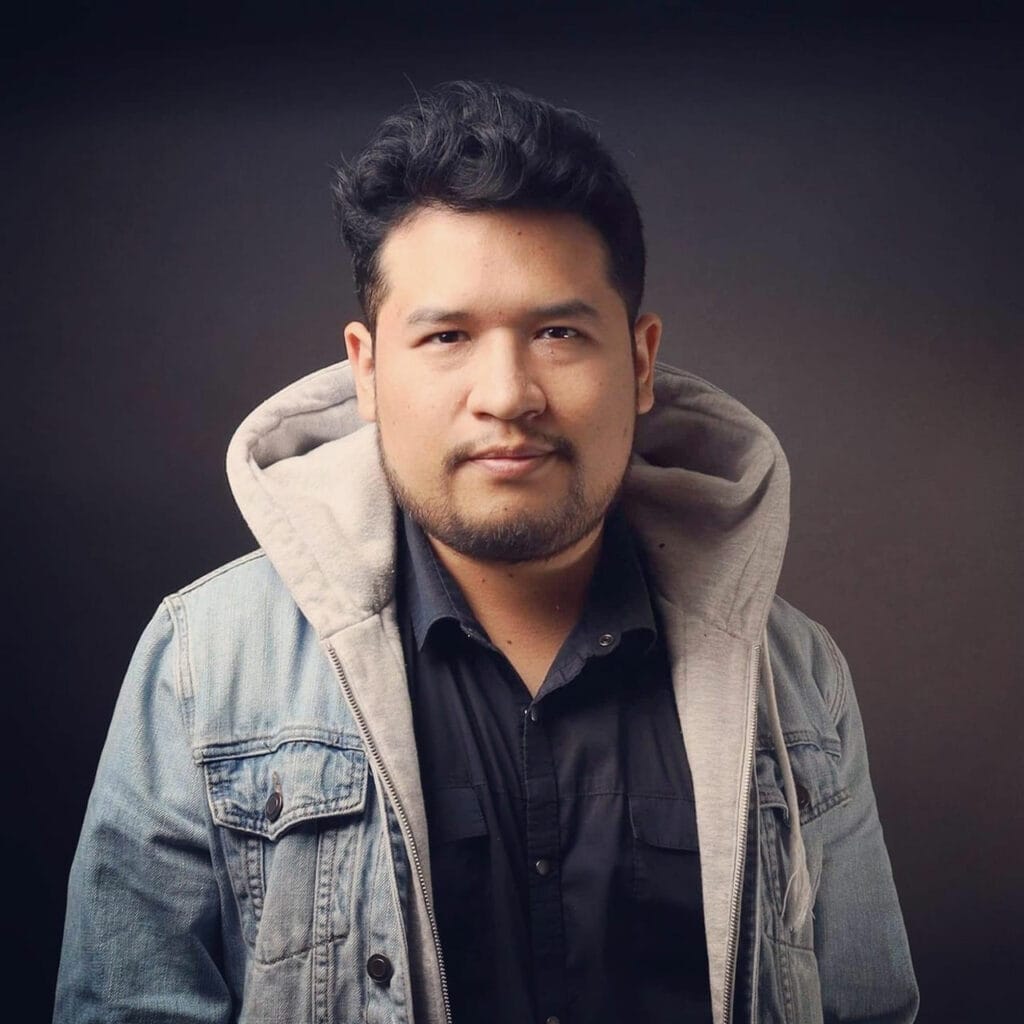 Pedro has accumulated important credits with Latin American artists, such as Jorge Gonzalez from the iconic Chilean band Los Prisioneros, Edu Schmidt, Lolo Fuentes (Miranda!), Maria Colores, Barrio Calavera, etc. His job as an audio engineer/producer at the young age of 29, has provided him a good amount of knowledge about audio gear, but more important than that, he has developed an artistic side that has allowed him to communicate with artists and producers in order to help them with their particular needs beyond the technical aspects. 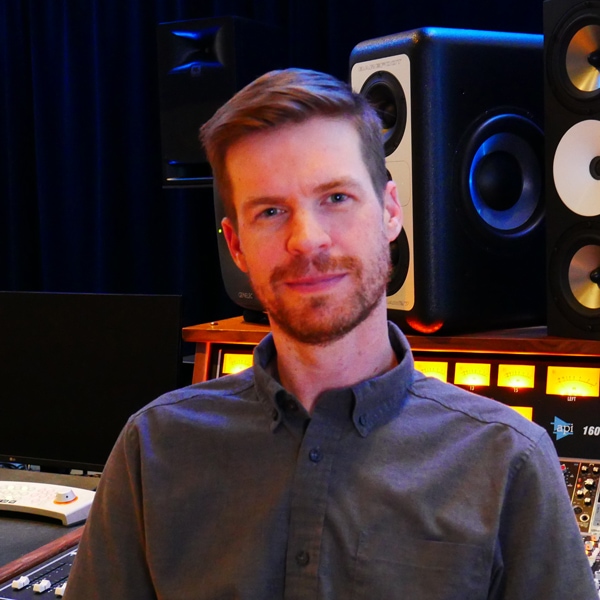 Growing up in the Triangle Area of North Carolina, David started music at a young age, playing drums and percussion in his school orchestra and jazz band. He eventually went on to play with local bands in Raleigh, North Carolina area, which inevitably lead to his interest in audio engineering.

Since then, David has been working professionally in the music industry for nearly two decades. In that time, David has spent several years as a musician, recording, and mix engineer – along with being a Pro Tools guru and system designer/integrator for recording studios across the South East US. In 2010, David received a GRAMMY Nomination for Mixing & Engineering Best Folk Album of the Year for a John Hartford tribute album featuring renowned players including Bela Fleck, Alison Brown, and Tim O’Brien.

David’s wealth of technical knowledge has helped his clients build cutting-edge recording systems in both analog and digital workflows, as well as complex console and outboard gear integrations. Whether you need the perfect new microphone or preamp for your system or need guidance in designing a multi-room recording facility, David is here to help you achieve your goals. 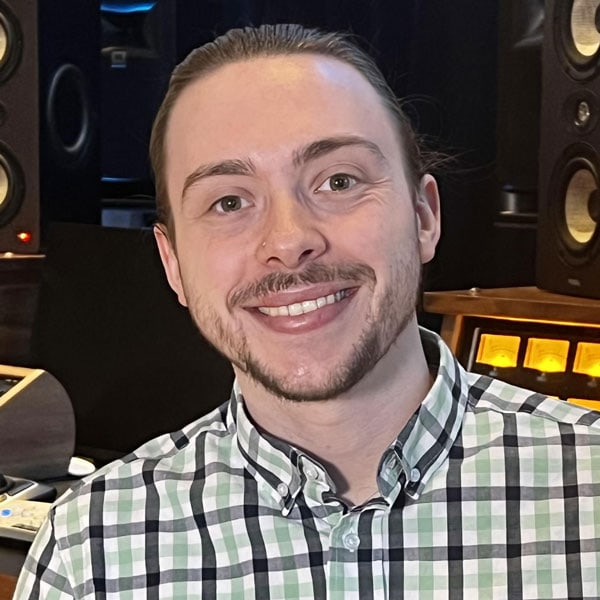 Joseph’s interest in the world of sound began on Long Island, New York where he studied the French horn and piano. Spending most of his time in orchestras, jazz ensembles and marching band, Joseph knew early on that he would pursue a career in music. Originally looking to teach music in a classical setting, Joseph pivoted to the audio industry to be more in touch with the modern ways of music making. Graduating from Middle Tennessee State University with a degree in Audio Production, Joseph learned and honed his skills in both live sound and studio recording, as well as developing an interest for hardware synthesizers and electronic production. 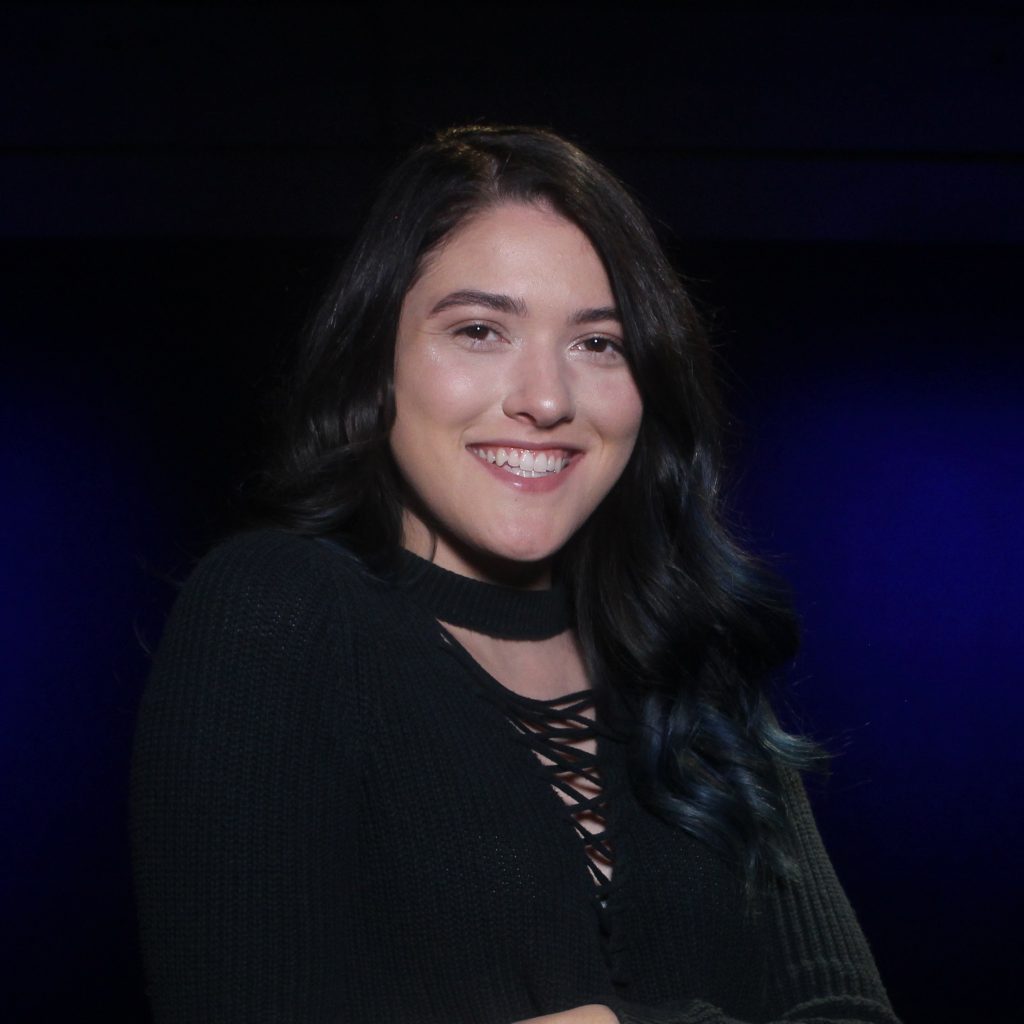 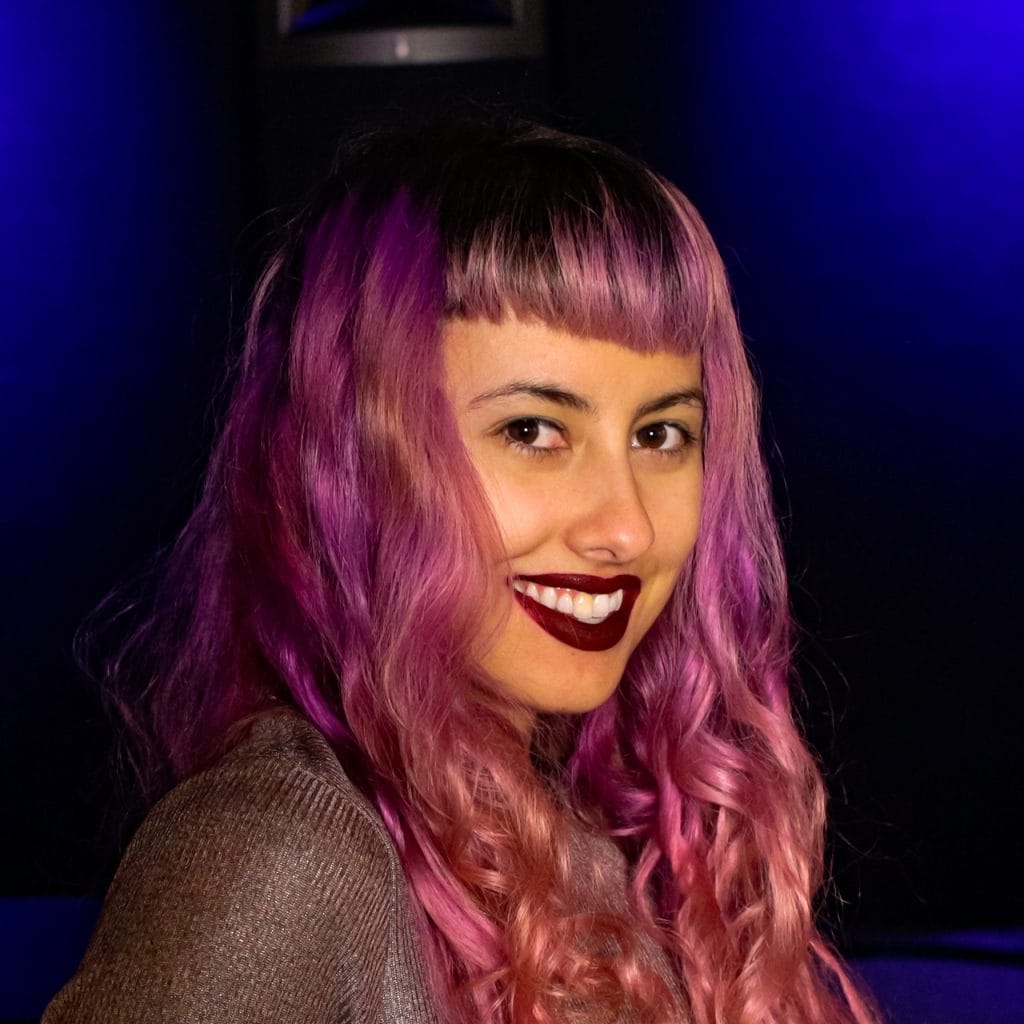 Singer-Songwriter Kini Solana has enjoyed being in a studio environment since she began producing music in 2015. After taking a couple of music production classes, Kini decided to enroll into Icon Collective, where she focused on producing electronic music using Ableton Live. Aside from her receptionist role at Westlake Pro, Kini is a freelance topliner, singing on tracks for all kinds of artists and producers. You can find Kini Solana on Spotify, iTunes, or any other streaming platform.