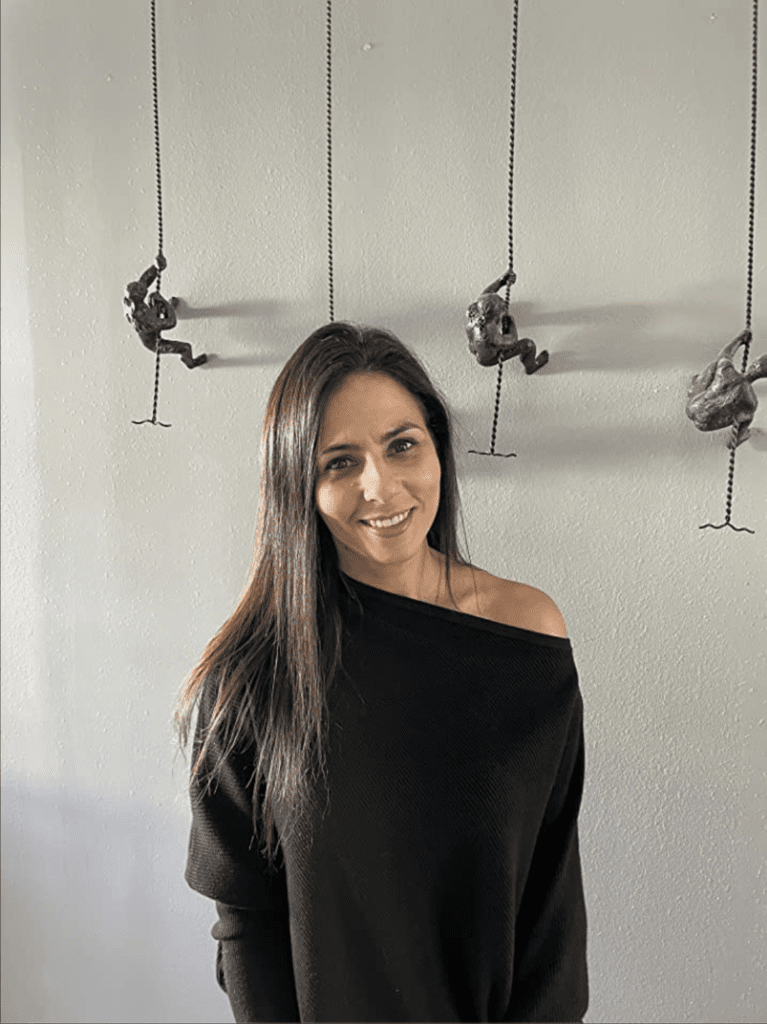 Founded in 2016 by Emmy-Nominated Foley Artist Sanaa Kelley, Reel Foley Sound is an award-winning Foley Studio based in Costa Mesa, California. RFS creates the sounds for Film, TV, Animation and Video Games, and their work can be heard on Ted Lasso, Those Who Wish Me Dead, and Shameless, just to name a few titles.

In December of 2020, Sanaa Kelley began posting videos on TikTok showing viewers everywhere how Reel Foley Sound achieves their pristine and award-winning foley audio. Shot in the Reel Foley Sound studio, each video contains Sanaa using practical objects to recreate sounds that most viewers would assume were recorded during the filming of the scene. Some of her most popular videos include: recreating the sound of frying food using a pan, water and pop rocks; reproducing the sound of a fight using torn jeans and dishware on a table; and creating the sounds of eating like a cannibal using celery & pineapple.

These behind-the-scenes videos blew up quickly – pulling in hundred of thousands of views daily and racking up 1.3 million subscribers on TikTok to this day.

A Chat with Sanaa from Reel Foley Sound

We sat down with Sanaa Kelley from Reel Foley Sound to get some more insight into what her workflow is like and what gear she uses. Read the chat below:

Westlake Pro: Hi Sanaa, thanks for taking the time to talk with us! Tell us about Reel Foley Sound.

Sanaa Kelley: I founded Reel Foley Sound in 2016. After working as a Foley artist for numerous stages for many years, I decided to open my own Foley stage close to my home in Orange County.  My goal was to work in a very positive environment with people that are passionate about the creative process of Foley.

WLP: How’d you get started in Foley? What initially drew you to it?

SK: I saw a Foley artist working and I was immediately drawn to it. Contrary to what I originally thought, it was very challenging to learn.

The most fascinating aspect of Foley is how it adds so much depth and emotion to a film or show. I think of it as acting with sound. 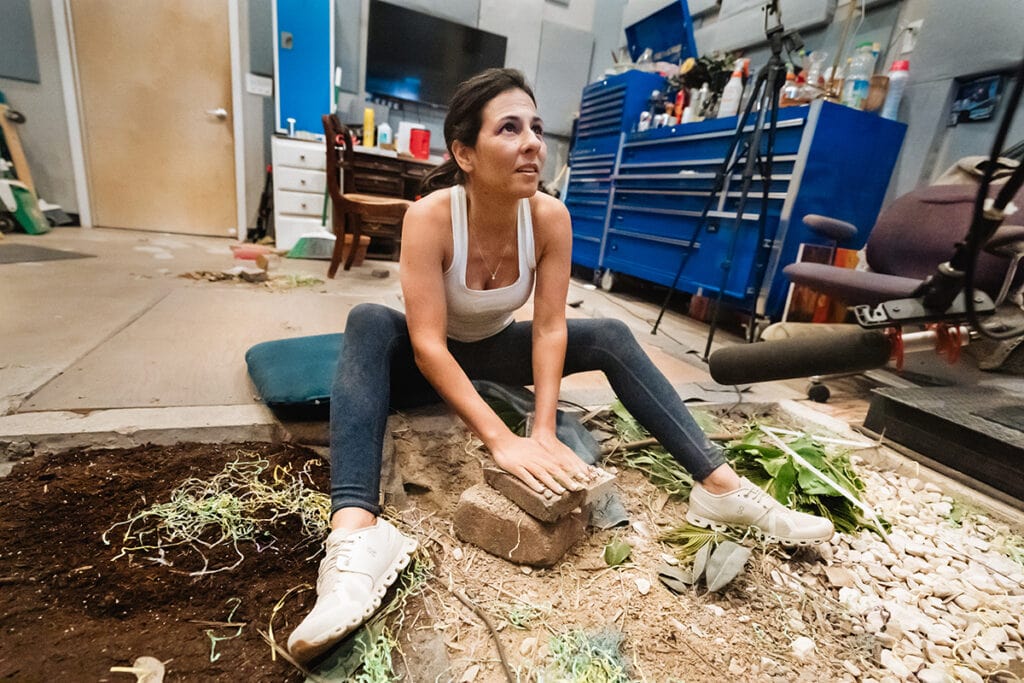 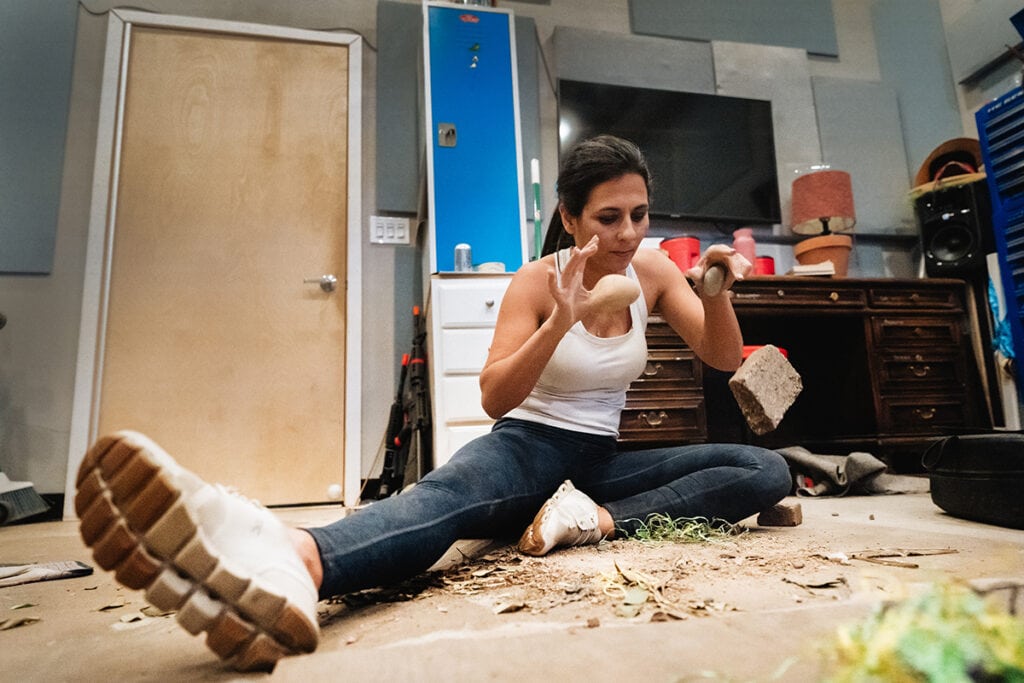 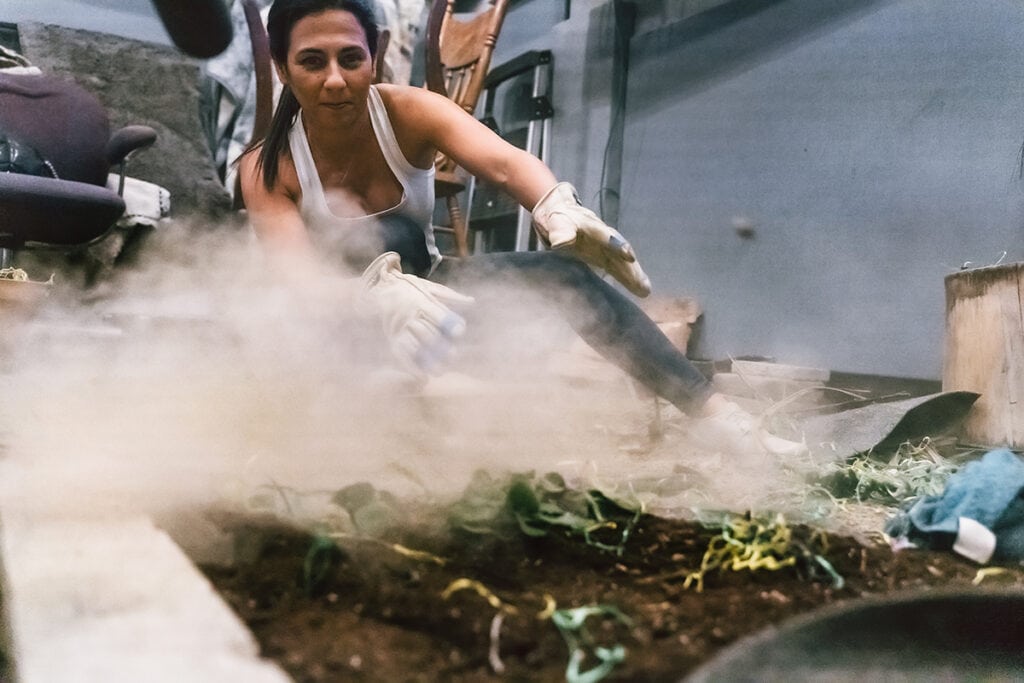 WLP: Can you tell us some of the projects you’ve worked on?
Anything that you’re most proud of?

SK: There are way too many projects that I loved working on. To name a few:

WLP: If you had to choose, what was the most challenging sound you’ve had to capture/create?

SK: I would say a building exploding and a car crash. When we were working on Those Who Wish Me Dead, Mr. Alan Murray called me after listening to the Foley and told me I missed a couple of big scenes. I was like no way! He said I missed the house exploding and car crash. I thought he was kidding! I always left scenes like that for sound effects to cover. His reply was not for big-budget features.

I immediately went to a panic in my head and thought how am I going to do that? We decided to just keep doing layers until we get the desired sounds. For the building, we started with the drywall, then wood (different sizes and shapes) then glass, rocks, metal, roof tiles. We had to throw them and smash them from different heights and we had to match the ones that land in front of the camera and ended it with some dust settles. It took hours to do one short little scene.

The car crash was a nice challenge as well. We had used actual car doors, hoods, tailgates, a nice heavy squeaky chair, and lots of dirt to make it work. I believe it took us over 8 hours for a small car crash scene. It really was a beautiful challenge.

WLP: What pieces of gear would you consider essential to your workflow?

SK: Everything I ordered from Westlake Pro. Stephen Banister was incredibly helpful in choosing the right gear for our studio. I wouldn’t be able to do my work without all of the gear Stephen helped us get.

WLP: You recently started sharing your work on social media, and have been generating a lot of engagement on Instagram and TikTok. Foley is pretty “behind the scenes” so it’s great to see so many people interested in your work. Is there anything you’ve learned or has surprised you from being in front of the camera with a big audience?

SK: There are so many people that had no idea Foley existed. Most people thought all the sounds were captured during filming. Most people now feel like they can never watch a movie now without paying attention to the sound. It is just so great to see people learning about it and asking me questions. I currently have a waitlist for the workshop I am offering.

WLP: What advice would you give to someone looking to get started in Foley?

SK: Work hard, be passionate, be patient, stay focused and humble. It takes time and dedication to learn this amazing job.

WLP: For the average viewer, great foley is invisible, but it’s essential to create the world that appears on the screen. Is there something you wish you could share with the audience about what you do?

SK: I wish I could do an entire project and be able to go live from beginning to end so the audience can really see the entire process.

WLP: Are there any exciting projects you’re working on that you can tell us about?

SK: If I told you I would have to kill you lol – James Bond

WLP: How long have you been working with Westlake Pro?

SK: I found out about Westlake Pro in 2019. I had such a great experience that I refuse to buy gear from anywhere else. Stephen Bannister is great at taking care of his clients. Westlake Pro is very professional, friendly, knowledgeable, and accommodating. I look forward to a working relationship with such a good company.

SK: Reel Foley Sound is happy to announce that we are in a process of opening two new stages.  We are very excited to continue to work with our current clients and future ones. 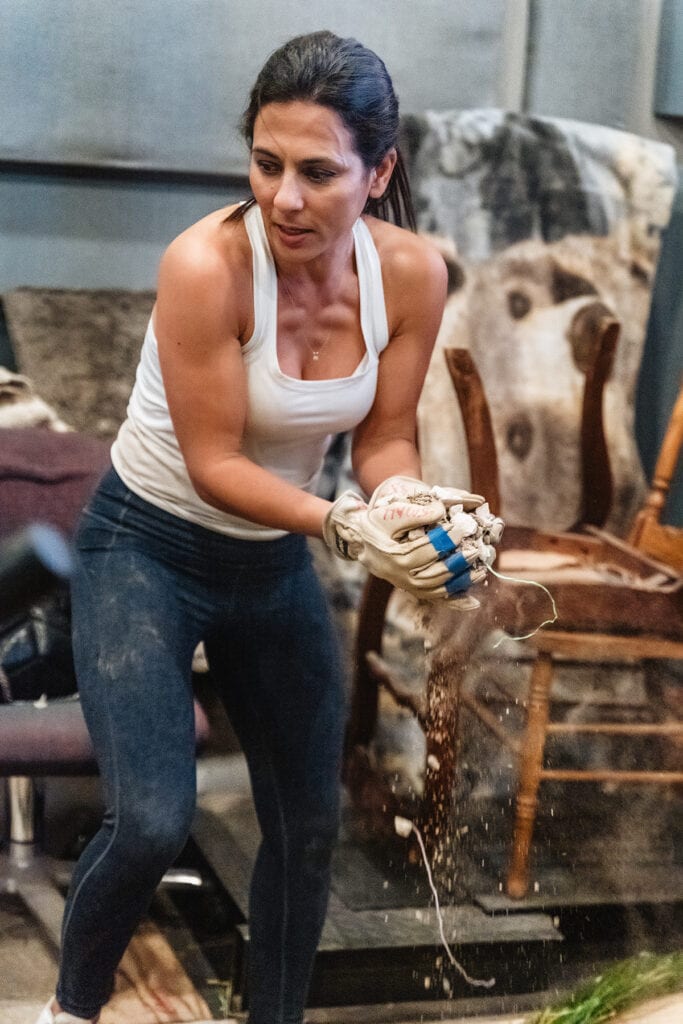 We asked Sanaa Kelley what gear she recommends for both beginners and pros, take a look:

“The Focusrite Scarlett is a great starting point as it offers a great balance of price and quality. You can use it as a remote audio recorder or as an interface connected to your computer to use Pro Tools or other DAWs.“

“Avid’s HD Omni interface is a great option for professional studios. While it’s less portable, the audio conversion and larger I/O count allows for foley takes to be recorded with multiple microphones at once.“

“This is an inexpensive option for learning and practicing foley.“

“My go-to shotgun mic for footsteps and props.“

“I use this as a room mic and for some props. It has a beautiful flavor for perspective.”

“The Sennheiser MKH 416 is a good shotgun mic for capturing high frequency sounds like paper or very delicate sounds with a lot of high frequencies. It’s great to have on hand for specific types of props.“

“The R-121 is a ribbon mic, which is great for high SPL sounds like a big metal prop drop or it can be used for heavy, boomy, low-end sounds without distoriting or losing audio quality. Not for regular use, but a great choice for specific cases.”

“A comfortable pair of headphones with nice audio clarity. Plus it has a detachable cable which can come in handy.“

“Very comfortable headphones, even after long hours. The sound is great and isn’t exaggerated, which is important for working with detailed sounds. Plus they cover your ears without touching them.“

“Pro Tools is a must-have and is required in this industry to learn cueing, editing and recording. For $299 a year, the standard version is a great place to start learning.“

“Pro Tools Ultimate has many more options for post-production and is suited for HDX users.“

“The Yamaha HS7’s sound very true to what you hear and are affordable for home studios.“

“The Yamaha HS8’s sound very true to what you hear and are affordable for home studios.“

“The JBL 708P were designed specifically for film and television applications and sound fantastic.“

Other Suggestions from Sanaa

Still have questions about what option is best for you?

Our Pros are glad to answer any questions you may have!