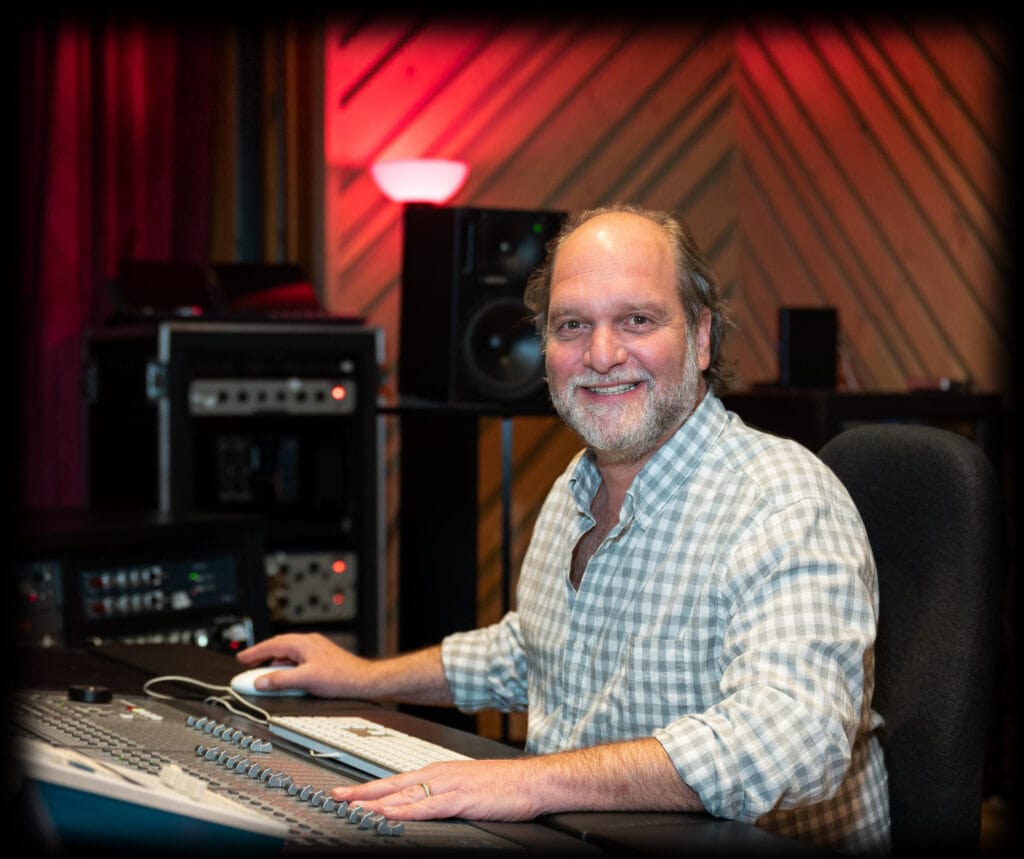 Jon Altschiller packed up his studio in the heart of Manhattan and moved it to Pound Ridge, New York at the height of the pandemic.  We spoke with him about building his new studio, his introduction to immersive mixing, and the production possibilities that come along with this new technology.

Westlake Pro: We were talking about how you and (Westlake Pro’s) Matt Knobel designed a control room where you could mix Dolby Atmos and Sony 360 Reality Audio in the same space.  Have there been any eye-opening experiences for your clients in your new control room?

JA: I just did a live project for The Brothers where Warren Haynes, who plays guitar with The Brothers now, came to the studio. He was sitting between the speakers, and he was like, “Oh my God, I feel like I’m sitting in Madison Square Garden.” With the whole live thing in an immersive environment, you can put the listener wherever you want. I mean, you could put them on stage, or put them behind the stage, or in front of the stage.

To be able to create an environment, a space, is amazing. The sky is the limit. When you work with the artists themselves, and they’re like, “wait you can do this?”. We’ve taken whole mixes and had them flip upside down. It is quite astounding what you can do with any of these mixes, be it in Dolby Atmos or Sony 360 Reality Audio.

WLP: It’s exciting to hear how immersive sound can change the live concert experience – even after it’s happened.

JA: It’s been two years where people haven’t been able to go to shows. And so, being able to put people in that space is something we’ve all been missing, but live concert streaming has really taken off. You can watch Dead & Company every night. You can watch Phish every night. HD video content seems to be there, and we’re all feverishly trying to get to that point where you can then deliver a live immersive audio mix and bring somebody into that atmosphere. Some clubs and venues are also putting in immersive systems. Imagine a live band being able to plug into that. I also know that PA companies are starting to use object-based audio in their PA arrays as well. So this technology seems to be permeating. I’m optimistic, and I’m “knocking on wood.”

WLP: There’s so much potential for the format. What would you say to the engineers who are skeptical about the new technology?

JA: I think that immersive-based audio could change the way we consume our music. The depth of the sound that you can get, and therefore, as an engineer, the room you have in a mix gives so much more definition to parts that were once buried. Both Dolby Atmos and Sony 360RA have released compatibility with multiple DAW’s, so the technology is definitely getting out there. It opens the sound space and puts you right in it, so I’m excited to see where it goes.

WLP: Not long ago, skeptics were doubtful of Stereo. We have one speaker; why do we need two?

JA: Having the depth and the height, to me, is a game-changer. I’ve been mixing DVDs for a really long time. So the idea of having a 5.1 system is not anything new to me, and I’m old enough to say I like SACD. I remember Pink Floyd releasing the final cut in quad sound. I hope that people will embrace this technology, even the skeptics, and there are certainly a lot of skeptics out there. I think the technology will grow. But I do have to say to the skeptics that they should come over to Chiller Sound and give it a listen because I think they’re going to like it. There are many, many places with immersive systems set up. It is an amazing experience. And I think if people get the opportunity to hear it, they are going to really like it.

WLP: Are there any other possibilities you see opening up for immersive?

JA: We’re working on a 360 Reality Audio soundscape for meditation. It’s about an hour-long, and we were given all of these different sections. Imagine if someone’s going to listen to outdoor scenes. You’re in the center, on the Serengeti, right? You have grass around you, and you have birds, and you have animals. We can now hear that the birds are flying in the sky, you know what I mean?  You can make that fourth dimension, quite frankly.  In my opinion, it’s very much like Disney, and I love their creativity.

WLP: At the end of the day, it’s the consumers that are going to decide. And at this point, many consumer devices like Air Pods can playback Atmos mixes.

JA: Everybody asks me, “do I need special headphones?” And I’m like, “No”. And they’re like, “really?”. For years we’ve been all about the translation. Let’s find the middle ground that sounds good in the club and the car and on your phone. But with object-based audio, it’s insane. It makes it a personal experience. It’s all custom to the user bringing you the best experience.

A bit of a game-changer is it does sound better in your earbuds, whether it’s Atmos or 360 Reality Audio. There’s more depth to the mix. You’re more immersed in it, which I think will translate to the average person who’s just listening to music when they’re jogging. Because when you’re jogging, you’re going to get further into that place.

WLP: Absolutely. What about the startup costs?  Do you think there’s still too much barrier to entry?

JA: Honestly, for young people who have the opportunity now, and for people who don’t want to make that huge investment right away, the Avid Dolby Atmos Production Suite plugin is $300. The Sony 360 WalkMix Creator is $499 and also allows you to mix  in headphones as well. With immersive studios all around the country, young artists can create mixes and then go to a studio to listen to what they’ve created and hear how it translates. It’d be interesting to see what young producers, writers, and programmers can do in an immersive setting. Without these plugins, you could never do this without making a huge initial investment.

I bought in years ago, fully bought in. I would like to think it’s worth it. There is a learning curve. You have to get a couple more speakers. But for what it’s worth, it’s a huge new opportunity.

WLP: If it’s easy for the consumer to dip their toes in, as you mentioned with their DAW and a pair of headphones, can anyone pick it up?

JA: It’s not that hard. There’s some technicality to it, whereas, with a stereo mix, everybody can do one from their living room. But it is not that hard for an engineer, if that makes any sense. One of the differences is that people aren’t trying to get away with mixing things as loud as they can. In the immersive world, you’re dealing with broadcast levels and rigidity.

WLP: Quieter mixes sound like the end of the loudness wars. Are you dealing with less ear fatigue?

JA: One thing I have to say to any engineer that I work with is to be careful of ear fatigue. You don’t realize you have 12 or 13 speakers around your head. Even at a low volume, the sound pressure level sometimes is more intense, so listen low. But the bottom line is, I love the technology.

WLP: How did your studio all come together?

JA: Certainly, Matt and Westlake Pro helped this become a reality. When the Dolby Atmos thing happened and record labels started calling me, I turned around to Matt, and he helped me figure out what was going on from start to finish – he even helped me with the lighting design! I bought everything from you guys. It took almost a year to build. Matt and I worked as assistant engineers together 30 years ago in New York City, so my relationship with him is wonderful. I do want to say when we went to Atmos, at Matt’s suggestion, I picked up the Avid Dock and the Avid S1. I’m trying to see if I can incorporate them into the 360 Reality Audio mixing in terms of the panning. Still, they are two invaluable objects for anybody who, in my opinion, is getting into an Atmos system. That was something I think made a huge difference in my workflow. He was really incredible. It was a pleasure. I definitely took the blue pill or whatever it was because I’m deep in the Matrix. I love it.

WLP: Thank you so much for taking the time Jon!

JA: This is my dream, and I appreciate it. So thank you. 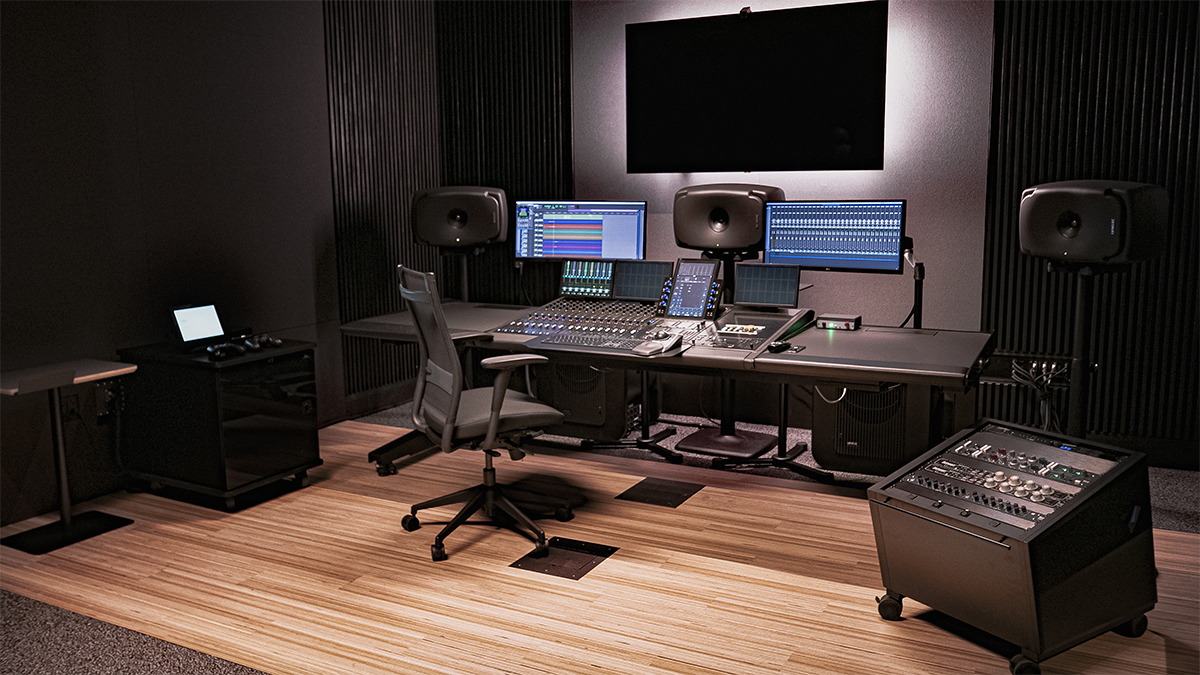 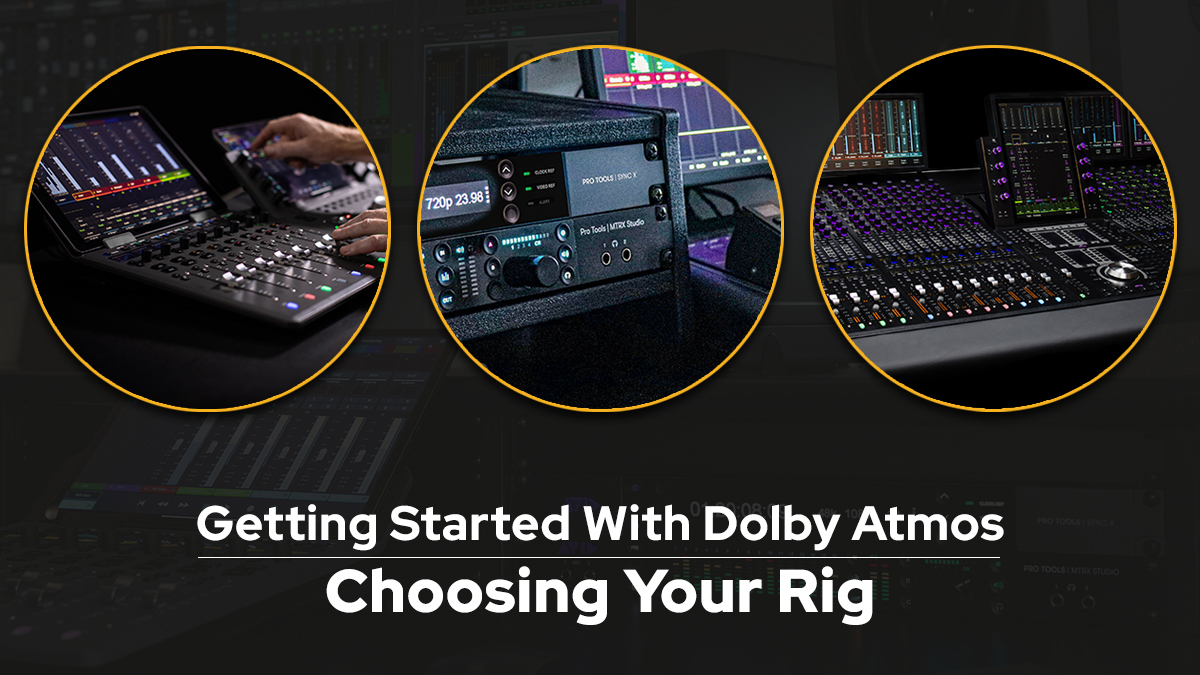 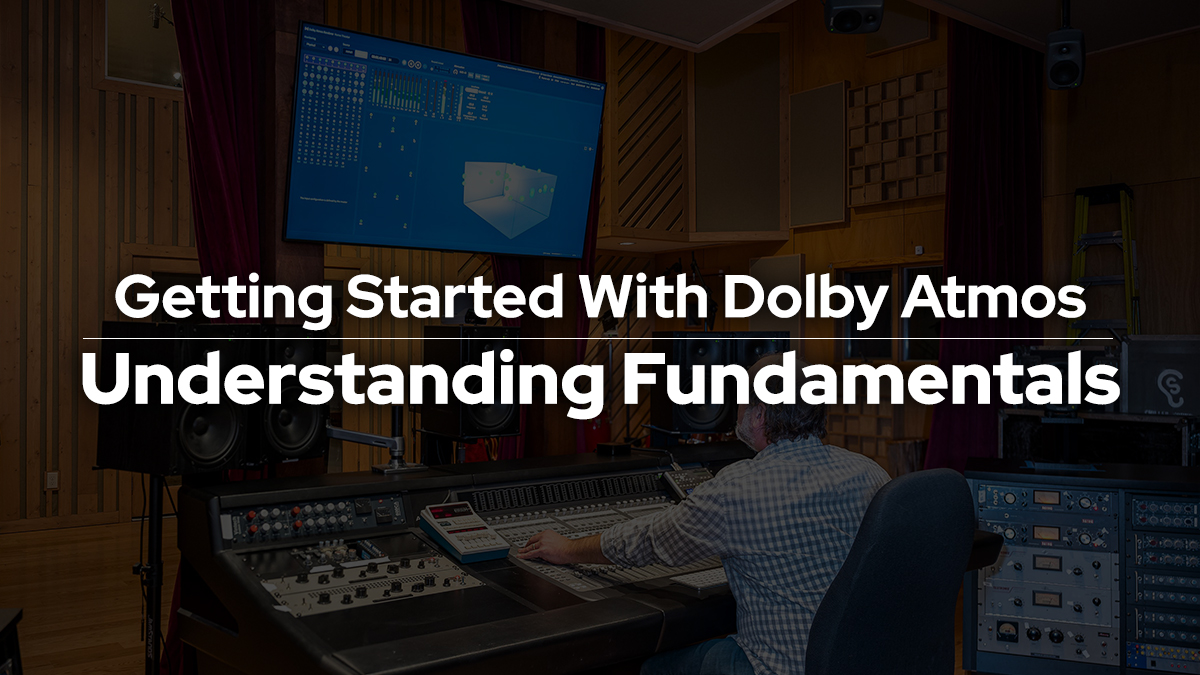 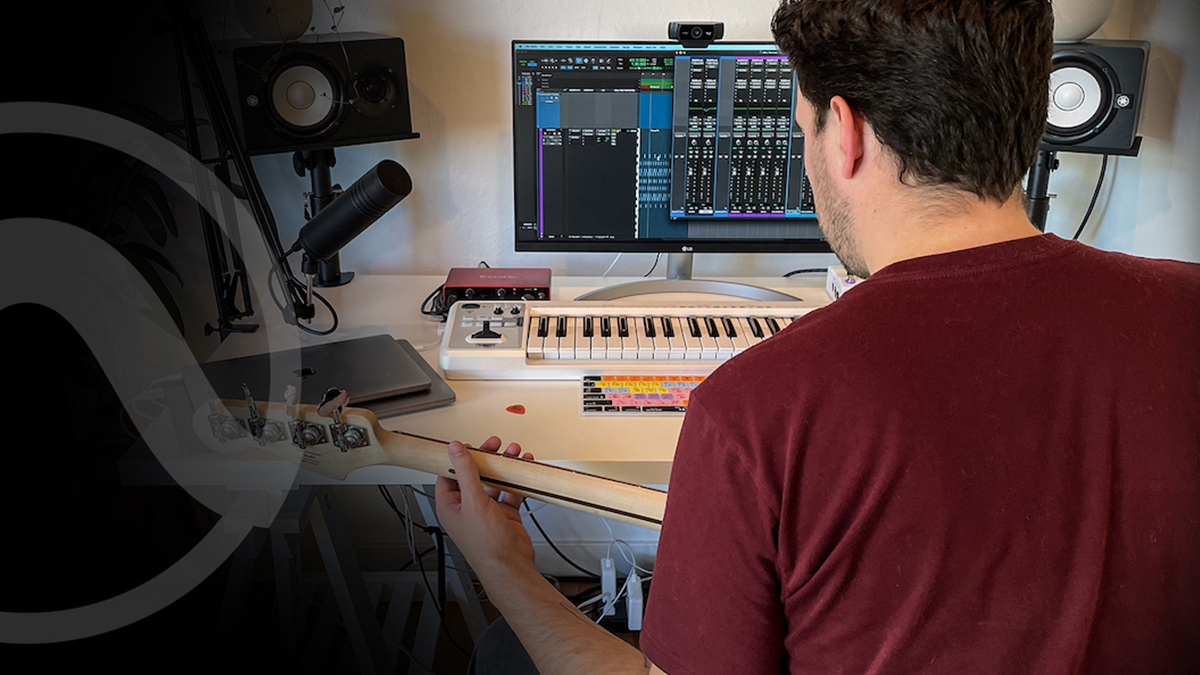 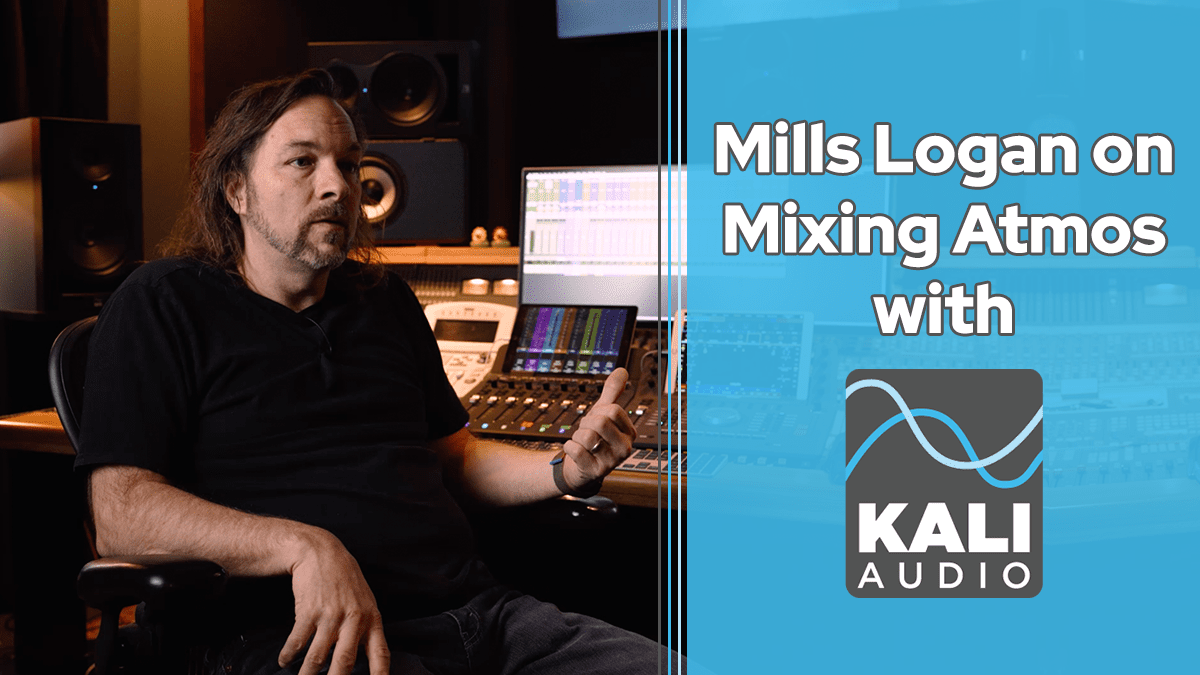 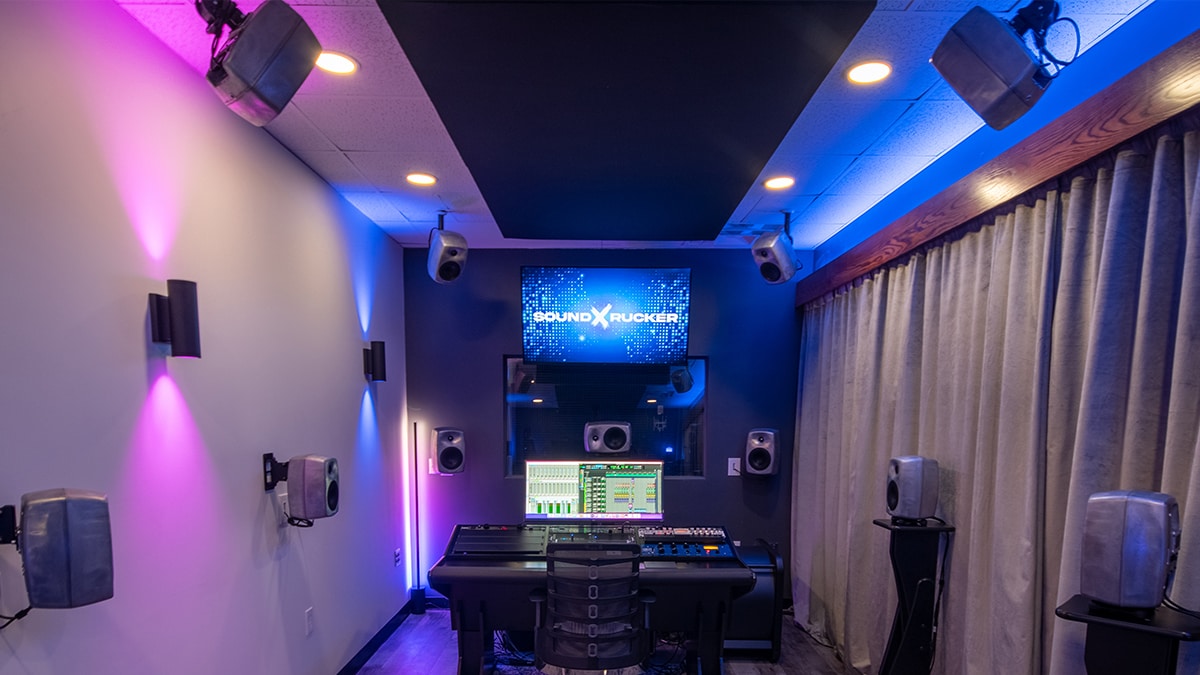 Looking to build your own Atmos-ready studio?

Our Pros are glad to answer any questions you may have!