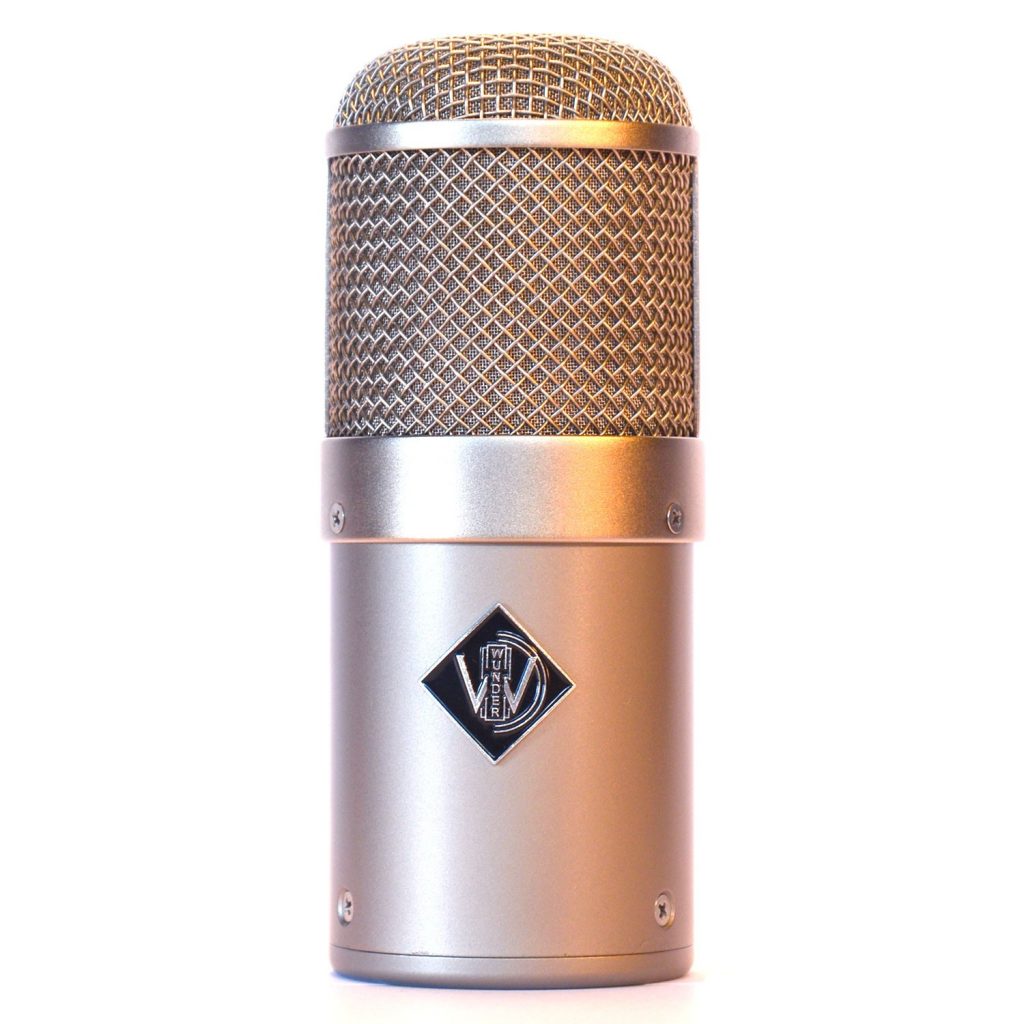 The Wunder Audio CM7 FET Suprema is a phantom powered version of the original U47. The original goal with a phantom powered mic was to bypass the need for a tube PSU. One shortcoming of the U47 FET was that the design technology of the 1960’s FET transistor was in its infancy and the end result was not always desirable. Wunder has improved this design with modern upgrade that employs an ultra low noise single n-channel transistor with JFET technology coupled with a Neve 1073 style mic pre transformer. The results are stunning and the performance of this mic greatly surpasses the original, yielding better low-lows and highs. This a workhorse studio mic for all sources, especially vocals, making it reminiscent to a 1970’s era U87!

Employing the exact replica of the original grille is one of the key aspects of achieving the correct performance of this mic. The Wunder Audio CM7 FET S grille is true to vintage with three gauges of grill mesh at the head grille: an outer large mesh, an inner medium mesh, and a fine mesh that is sandwiched in between. The grille has acoustic interplay with the capsule, having the electronic properties of a faraday cage. This proper vintage mesh gauge is not the readily available metric gauge and is vastly important for the legendary sound of a U47.

The Wunder Audio CM7 FET Suprema K47 capsule includes a one-piece back plate dual Membrane Capsule. The diaphragms are tuned individually and then matched for equivalent response. There were several different versions of the original Neumann K47 capsule. The earlier versions, circa 1960-66, had either brass or fiber diaphragm rings and the later versions, 1966 onwards, were made with white plastic diaphragm rings, which actually were better at isolating the diaphragm from the backplate ground.

Wunder took this approach one step further with a modern upgrade by utilizing a white porcelain ringed K47 in the capsule. the porcelain has low permeability and elasticity, considerable strength, hardness, resonance, and a high resistance to chemical attack and thermal shock, improving on the white plastic rings used on the original K47; which were prone to discoloring, becoming soaked with impurities over the years and affected its electrical resistance thus creating noise.

Your Wunder Audio CM7 FET S is nestled in velvet and softly secured in place in a foam-lined oak-wooden box that is clasped and hinged. This beautiful oak box is also sold separately. Your CM7 FET S yoke mount is an improved one piece design for durability.