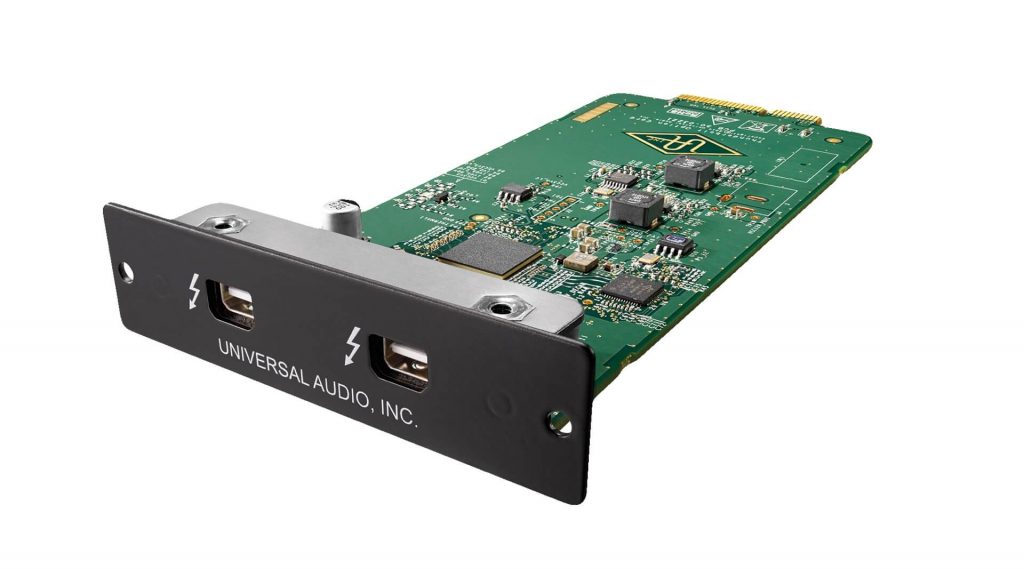 Add on one of these incredible plug-in bundles to get your favorite Universal Audio plug-ins when you buy any eligible Apollo or UAD Satellite card from Westlake Pro.

Boost the bandwidth, plug-in count, and performance of your Apollo or Apollo 16 interface with the Thunderbolt 2 Option Card

The UAD-2 Satellite ships with the Analog Classics Plus plug-in bundle, while Custom packages include the Analog Classics Plus bundle plus a choice of any two, three, six, or 10 individual UAD plug-ins of your choice depending on which Custom bundle you choose. With Custom bundles, you’ll save anywhere from close to 60% up to 70%, and 80% on the Ultimate 5 bundle, which includes all 89 UA-developed plug-ins up to and including UAD software 9.0.

With the ever-increasing demands of code-heavy plug-ins and higher track counts, what interface couldn’t do with a little boost. For more information, call or chat online with your Westlake Pro sales consultant today.