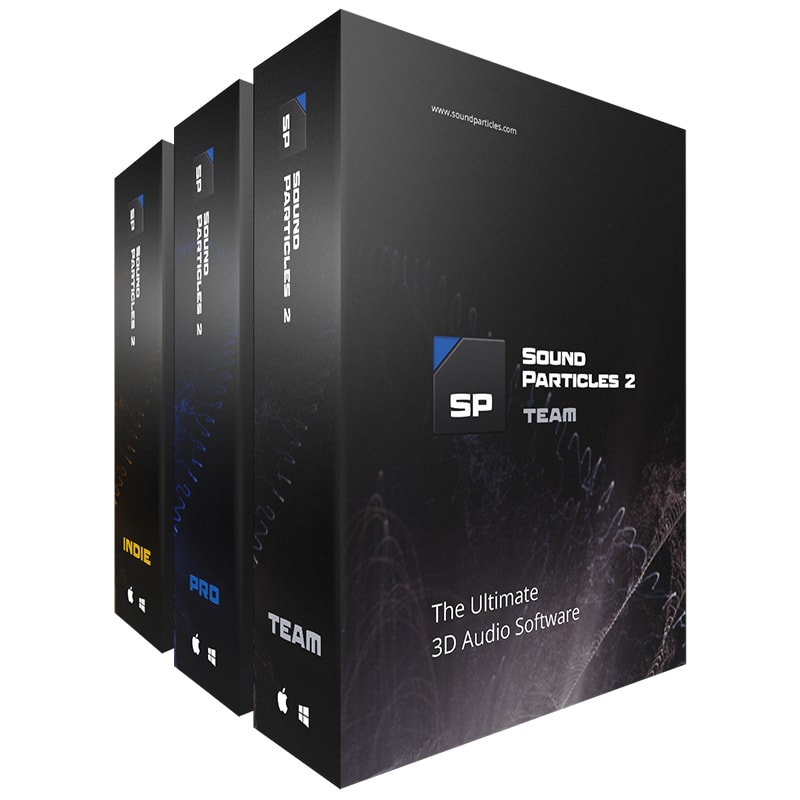 Sound Particles is something completely different from any other professional 3D audio software that exists today.

Sound Particles uses the concept of computer graphics, but for audio: each particle represents a 3D sound source (instead of a 3D object) and a virtual microphone captures the virtual sound of the particles (instead of the virtual CGI camera).

Imagine that you want to create the sound of a battlefield with Sound Particles. You could create 10.000 particles (sound sources), spread them over a square mile, pick 50 war-related sounds from your sound library and render the entire scene with a virtual microphone (5.1, Dolby Atmos 9.1 bed, etc.).

Each particle would randomly select one of the war-related sounds for reproduction, which means that some particles would reproduce the 1st audio files, other particles would reproduce the 2nd audio files, and so on. Also, each particle (sound source) would be positioned randomly on a square with a length of 1 mile. To obtain more interesting results, movement modifiers would add motion to the particles and audio modifiers would apply random gains, delays, EQ or time/pitch variations. The virtual microphone will be responsible for capturing the virtual sound of the scene, based on its position, direction and the position of all particles. The sound of all particles is rendered, taking into consideration things like propagation attenuation, speed of sound and Doppler effect.

Can you feel your creativity sparkling?

Welcome to the world of Sound Particles…

Working on animations or cinematics? Import 3D information from animations or visual effects into Sound Particles and attach sound to 3D objects in order to make your mix quicker than ever.

Sound Particles now lets you hear, in real-time, the changes you perform. Adjust every parameter you desire, and the rendering process will automatically adapt to the changes.

Sound Particles will let you monitor binaural audio by decoding any type of audio format. Additionally, by using Ambisonics virtual microphones and the VR Client application, you can monitor your mix with head-tracking while watching a 360 video.

The ultimate 3D audio software now supports both macOS and Windows. Now, by using these two operative systems, you can get the best out of two worlds with full compatibility between projects.

Be the first to review “Sound Particles 2.x” Cancel reply