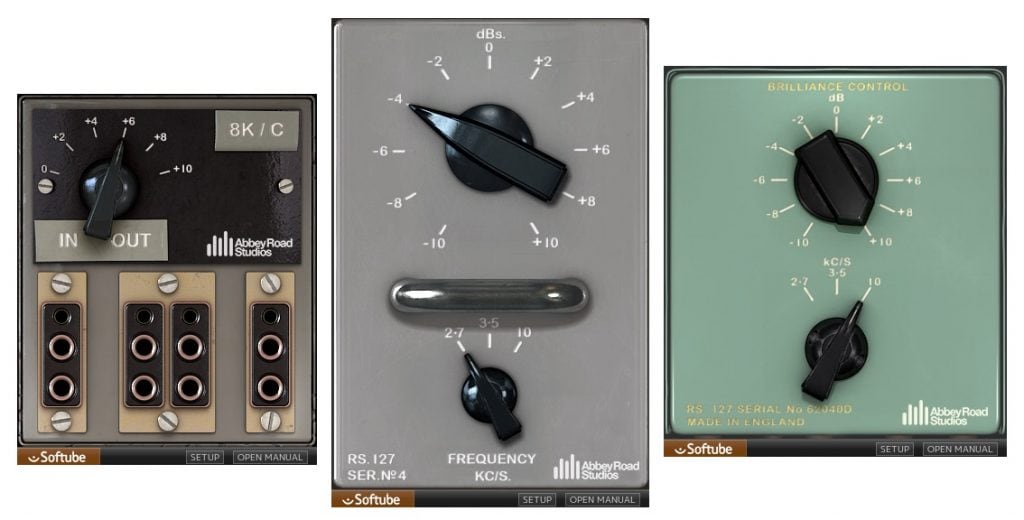 Brighten up your life with these classic Abbey Road Studios equalizers!

The Abbey Road Studios Brilliance Pack is a highly specialized, but indispensable, tool for mix engineers of all genres. The three included equalizers focus entirely on the presence/treble frequencies, breathing air into single tracks or entire mixes.

Abbey Road Studios engineers found the presence boxes excellent for guitars, vocals and drums, especially snare and kick drum direct to tape. The units were in constant operation throughout the studios during recording and mixing, used to define the sound of instruments, brighten up the feed to the echo chambers and patch over compressors to create de-essers. They even found their way into the cutting rooms.

The original equalizers were exclusively built in-house by the Abbey Road engineers in the 1960s and quickly became a secret weapon at the studios. Before the plug-in version was released, they had never been available outside of Abbey Road Studios. Softube has faithfully modelled the passive circuitry of the three original units, component by component.

See the manual for further background information on these truly unique units.

RS127 Box (green faceplate)
When more units were needed in the studio, the portable green RS127 Box was built. The same circuit was used as in the original RS127, but with the addition of an audio transformer. The engineers quickly discovered that the transformer dramatically altered the sound character and the operating frequencies of the RS127. The frequencies got shifted a bit higher, which is of course also holds true for the plug-in model.

RS135
Lastly, the RS135 was created to fill in the frequency gap that the RS127 units left out. It’s fixed at 8 kHz, offers boost only and is just as sweet and silky as its siblings.

So there you have it—a pack of brilliant, beautiful treble equalizers, straight out of Abbey Road Studios!