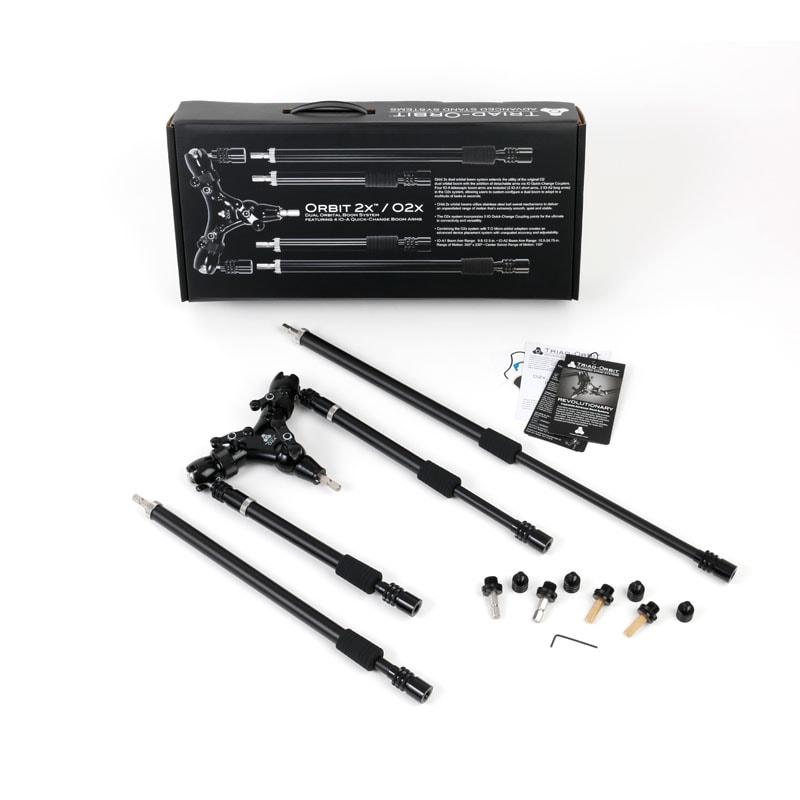 Double your mic-placement flexibility with half as many mic stands!

Expanding on the already impressive O2 Dual Orbital Boom, the Triad-Orbit O2X comes equipped with four IO-A telescoping boom arms, allowing you to mix and match the long and short boom arms to adapt to any recording situation.

Triad-Orbit’s O2X Dual Orbital Boom gives an extra 145º of left to right motion to the already impressive Orbital Booms while the Compass Point ball swivel gives each arm enough strength and precision to safely hold any microphone in almost any position imaginable. The O2X Dual Orbital Boom will revolutionize your workflow no matter what you’re recording. With the O2X, complex drum miking becomes and easy, uncluttered affair while recording a singer-songwriter will be as easy as setting up a single mic stand. Intricate stereo recording techniques are easier and more precise than ever, and the IO Quick-Change Couplers will allow you to swap mics and boom arms in no time!

Combine the O2X Dual Orbital Boom with the Triad range of tripod stands to get an unparalleled range of mic-positioning freedom on any source.

Take a look at how award-winning engineer Francesco Cameli uses the Triad-Orbit Advanced Stand Systems to capture the perfect recording in this clip from our proSESSIONS series at Sphere Studios.