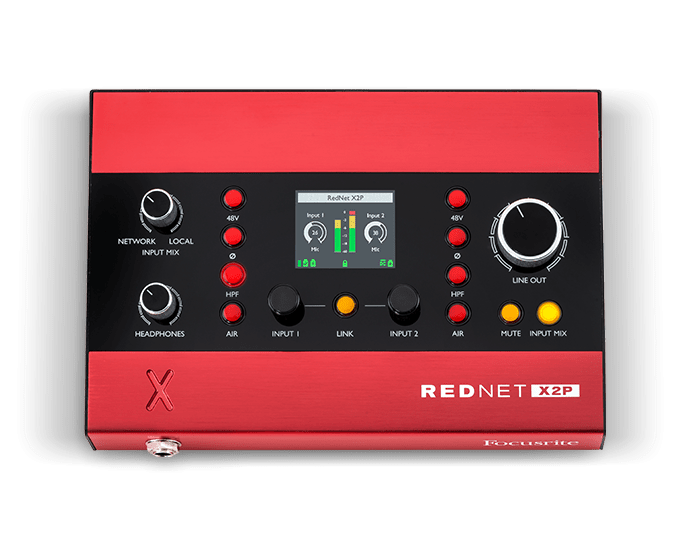 The Focusrite RedNet X2P takes the concept of a desktop audio interface to a new level. Not only does comprise a 2×2 Dante interface with Red Evolution mic pres, stereo line out, and a stereo headphone amplifier, it can also function as a remote “more-me” personal mixer. To facilitate remote use, the XP2 can be stand-mounted and powered via power-over Ethernet switch or power-over-Ethernet injector. Additionally a lockout feature ensures settings remain unchanged in remote use. A quick and easy means of adding I/O to a RedNet system or Red interface via Dante audio-over-IP, audio, remote control and power can be supplied using a single Ethernet cable. The RedNet X29 also features Focusrite’s highest quality, dual-path conversion for a sound equal to any interface in the RedNet series.

The Red Evolution microphone preamps in the Red 16Line are the latest incarnation and pinnacle of the renowned Focusrite Red range preamps. The Red Evolution preamps are designed to deliver ultra clean, transparent audio with an astounding –129dB Equivalent Input Noise (in essence the heat noise generated by components as electrons pass through them) and an equally astounding 0.0009% THD+N (Total Harmonic Distortion + Noise). The Red Evolution preamps have 63dB of ultra-clean gain along with stereo linking, individual phantom power, high-pass filter, phase reverse and “Air” mode, the foundation of Focusrite’s “Heritage Sound,” designed by Mr. Rupert Neve for George Martin’s Air studios.

Red Evolution’s unique “Air” circuit is a purely analog effect that emulates the sound of the transformer-based mic preamps of the ISA range. Air is the Air recreates the sound-shaping effect of the classic ISA transformer by using an authentic analog model of the original transformer-based preamp design. When Air is enabled, the microphone impedance is set to 2.1k ohm and the frequency response curve is given a subtle mid-high boost—all in the analog domain. Engaging Air reconfigures the three-stage preamp signal chain to switch in the correct transformer-style input impedance, followed by a linear gain stage, and finally inserting a passive frequency-shaping stage to recreate the tight low end and elevated high-end response, creating the effect described by audio professionals as the classic “Air” sound of the Focusrite ISA mic pre.

Adhering to the company motto, “Sound is everything,” Focusrite pulled out all the stops designing and building RedNet’s next-level conversion. Along with converters expertly selected and calibrated to provide the best balance of sound quality, dynamic range and conversion latency, a number of innovations went into the design of the RedNet range. One such unique design is a dual converter path for a balanced signal throughout the system. The result is a lower noise floor and higher output than competing ADA systems. RedNet conversion also uses accurate JetPLL ultra low-jitter clocking.

Special attention was also paid to circuit flow, which took the form of multi-layer circuit boards to keep analog and digital signals from any possibility of compromising each other. RedNet provides some of the most transparent and pristine audio quality available, at a dynamic range of 118dB A-D and 121dB dynamic range D-A (A-weighted) with 24-bit resolution at sample rates up to 192kHz.

Networked audio-enabled out of the box

The RedNet 2XP can operate entirely over a single Ethernet cable via Dante audio-over-IP networking, including audio, power, and software control. The 2XP can be powered via power-over Ethernet switch or power-over-Ethernet injector.

Dante is the audio networking system of choice for Focusrite and many other pro audio manufacturers. Developed by Audinate, a Sydney Australia-based company, Dante is a hardware/software network protocol that delivers uncompressed, multi-channel, near-zero latency digital audio over standard Ethernet networks. Dante provides easy implementation and a cost-saving advantage for studios taking over existing infrastructure with multiple rooms. With Dante, audio can be sent anywhere over existing IT wiring. If changes are required, a single network or fiber-optic cable can carry multiple channels, making it possible to make infrastructure changes relatively quickly and inexpensively, without the need for major construction.

Dante lets you run additional channels over a greater distance, adding only 150μs of latency to the system, without wasting money on technology or connectivity that will not be used. To minimize time spent on system configuration, Dante makes networking a true plug-and-play process, allowing automatic device discovery and system configuration.

The RedNet X2P is built for both tracking and mixing. It features direct hardware monitoring with a crossfader or mix control that lets you control the levels of the inputs on the X2P and the network inputs that feed the both the line outputs and the headphone outputs. The mix knob lets the artist mix their own level against the monitor mix. In addition, the X2P itself can be stand-mounted, enabling the creation of a personal monitoring system, which can save an engineer time by not having to build separate cue mixes for each musician. Also for the engineer’s convenience, it also has lockout controls so that the performer can’t change preamp input and output levels, just their personal headphone level.

Focusrite Control is a software mixer based on familiar analog console-style workflow. It’s designed for ease of use, enabling you to quickly set up both simple and complex monitoring and routing configurations. Focusrite control software also gives you with the ability to control your preamps remotely.

The Red-series sound across your mix

Like every Red interface, the Red 16Line comes with Focusrite’s Red 2 and Red 3 EQ and compression plug-ins. AAX/AU/VST-compatible, these plug-ins faithfully reproduce the sonic qualities of the original Red series hardware, allowing you to take advantage of the classic Red sound, the sound of professional mixers, such as Chris Lord Alge, across your entire mix.

The versatile RedNet X2P gives you a high-quality desktop interface with direct hardware monitoring, network I/O expansion, or the ability to create a personal monitoring system. For more information, call or chat with your Westlake Pro Audio representative today. 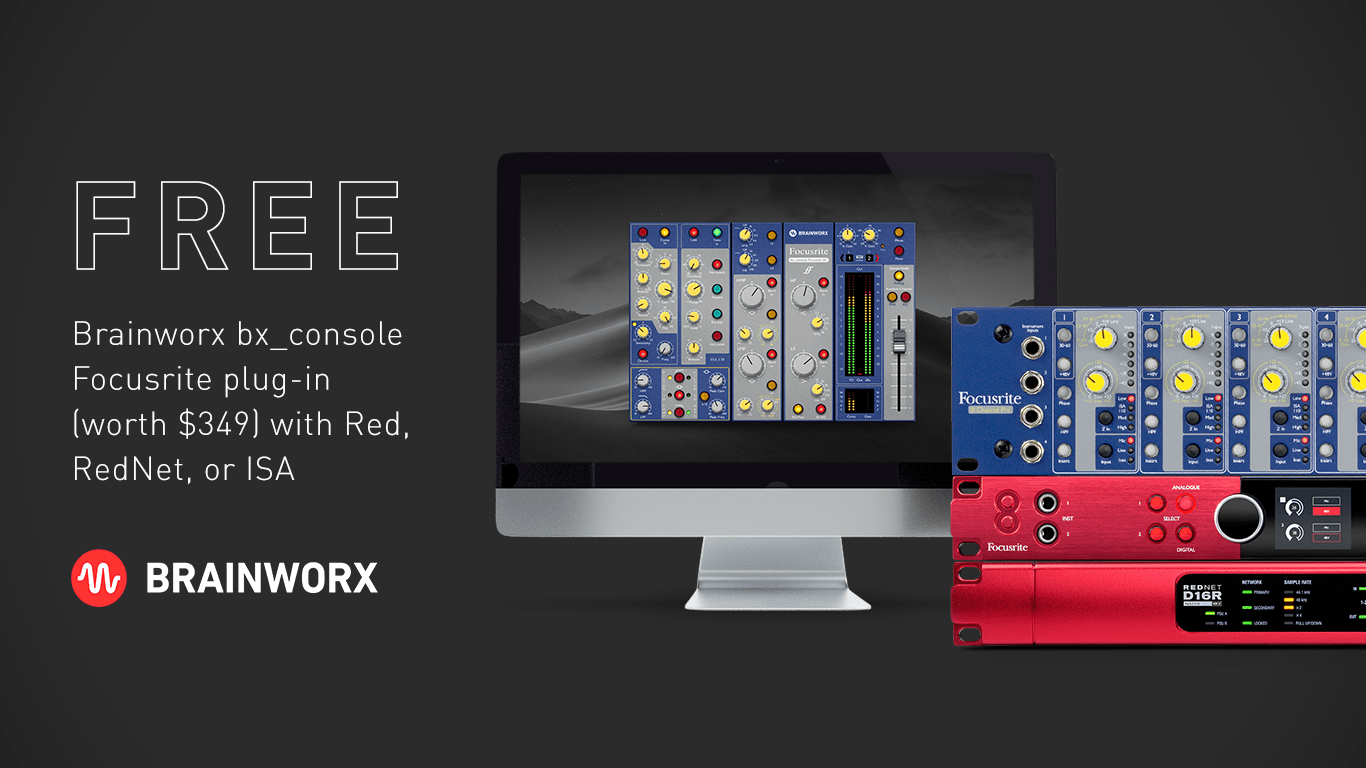