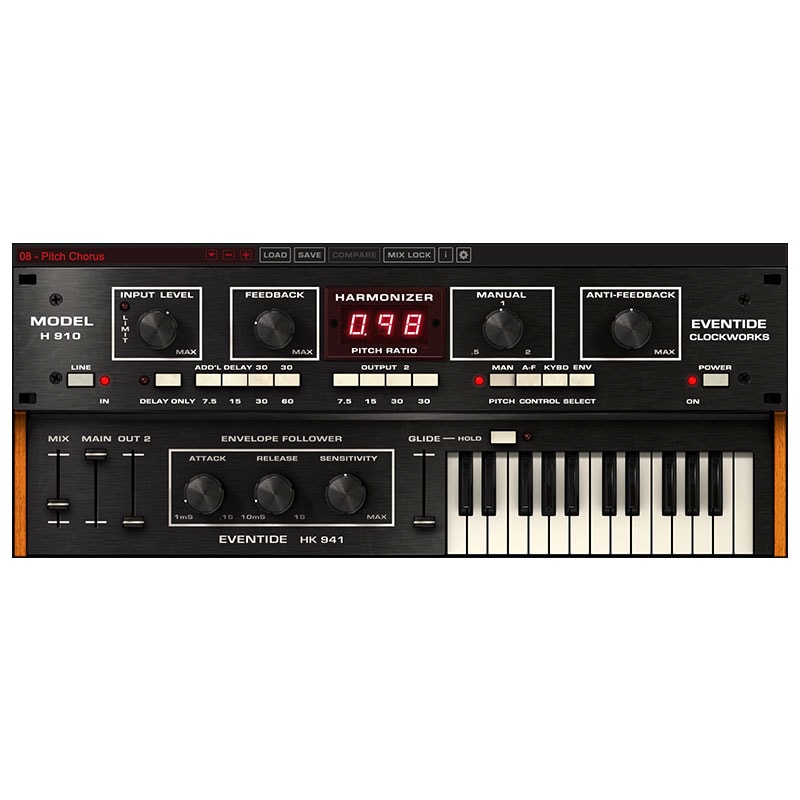 The Legendary FX Box, Right In Your DAW

Since it’s introduction in 1975, the Eventide H910 Harmonizer has been heard on countless classic records. From thick de-tuned vocals to otherworldly snare drums and massive guitars, the H910 sounds great on almost anything you put it on. Whether you know it or not, you have certainly heard the H910 in action. Notable users include David Bowie, U2, AC/DC, Tom Petty, Elton John, Van Halen, Led Zeppelin, and many more. Now you can access the legendary sounds of the original Harmonizer right from your DAW!

Eventide H910 Harmonizer in one take

When Two is Better Than One

One of the classic Harmonizer effects was to run two units in parallel to create rich, de-tuned doubles. With the H910 Harmonizer plug-in, Eventide has made this easier than ever with the H910 Dual. Easily unlock rich stereo effects and classic sounds. Expand your soundstage with stereo cross-unit feedback for endlessly modulating sounds and lush doubling FX!

A Plethora of Professional Presets

With such a range of sounds available at any one time, it can be hard to know where to begin. That’s why Eventide has included a wide range of presets from legendary users like Joe Chiccarelli (Morrissey, Frank Zappa), Robin Finck (Nine Inch Nails), The Butcher Bros (John Lennon, Bob Dylan), and many more!

Join the Harmonizer Hall of Fame

Join the long list of legendary users and explore new worlds of sound with this classic studio tool. Eventide has taken the utmost care to ensure the most accurate emulation possible while adding new features to benefit a modern workflow. Whether you’re subtly thickening vocals or creating out of this world soundscapes, the Eventide H910 Harmonizer plug-in is sure to please!