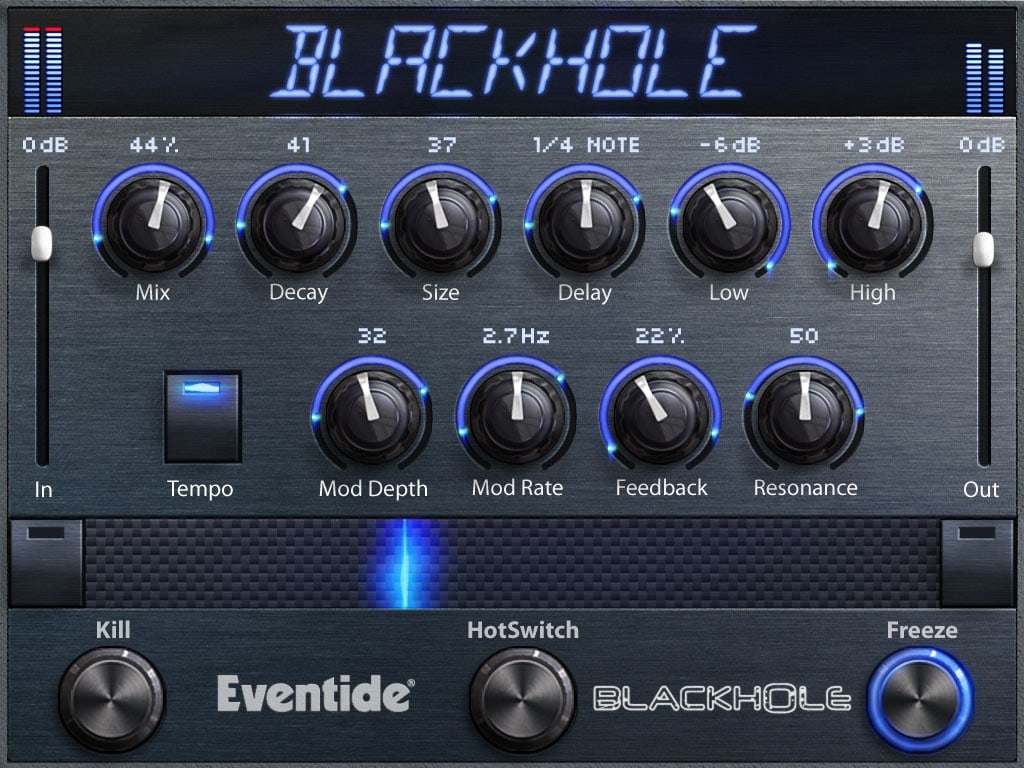 Please note this product is fulfilled manually. We will process order on same day during business hours. ​

Blackhole is a massive reverberator that has evolved over the years by pulling in mass quantities of time and energy (of the development persuasion, of course).

In its earliest incarnation – first in the DSP4000 and later in the H8000 flagship processors – it was regarded, by some, as a secret weapon. Recently it was tuned, expanded and enhanced and then unleashed in the Eventide Space stompbox. Now, it’s available as a Native plug-in.

Blackhole may not be your first choice to simulate an enclosure on the surface of the earth but, if you’re at all interested in ‘sculpting sound’, Blackhole just might pull you in. From our vantage point, its possibilities appear to be endless but, of course, we can’t see beyond its event horizon.