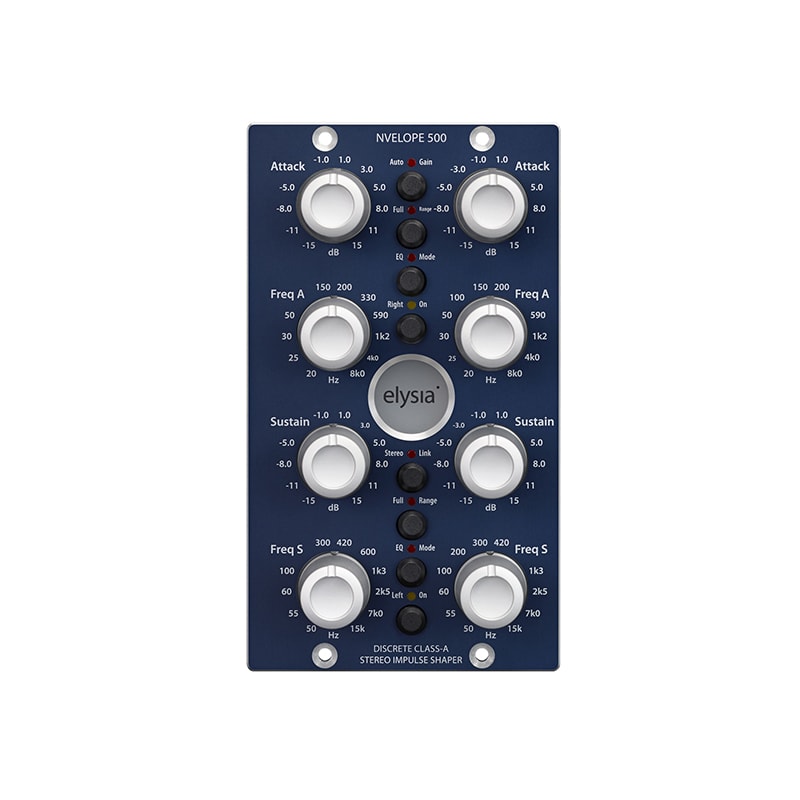 nvelope 500 is a powerful audio processor capable of making subtle or drastic changes to a sound by providing control over its attack and sustain characteristics. This is extremely useful for reshaping all sorts of individual tones, and is a wonderful tool in any mixing situation as well. Especially drums and other percussive signals will benefit big time from the nvelope’s magic.

The nvelope 500 can effectively change the spatial perception of a signal, ranging from small/dry to large/wet. You can form a signal and enhance its cut in the mix without deforming it too much as you would by using excessive EQ and compression.

Do you already know, that the Founder and CEO of elysia, Ruben Tilgner, invented the Transient Designer | Transient Shaper Technology in the late 90s? He’s the only one who developed Transient Shaper Hardware until today.