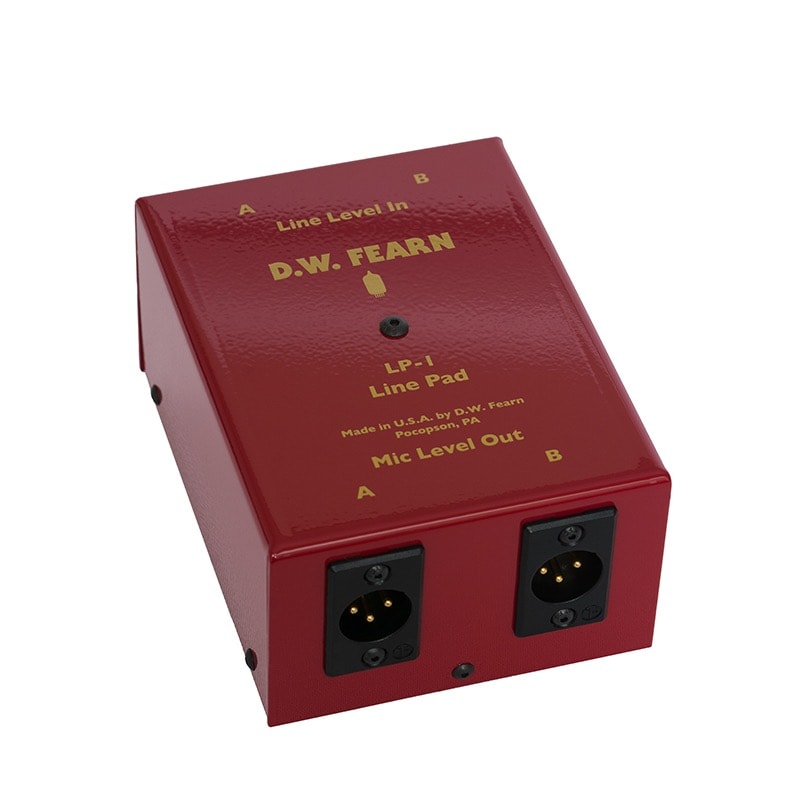 D.W. Fearn made a big splash in 1993 when they hit the scene with the VT-1, an all-tube microphone preamplifier built with the highest quality components. Following their success with the VT-1, D.W. Fearn developed a full line of products utilizing all-tube signal chains, from compressors to EQ’s to DI’s. D.W. Fearn now holds a reputation as a top manufacturer of high-end tube gear.

Founder and lead designer Douglas Fearn has a serious passion for tube circuitry and has made it his mission to design the highest quality tube-driven gear based on classic designs from the 50’s and 60’s. There is nothing fancy about D.W. Fearn’s tube-based designs, and that’s what makes them so good. Their simple, elegant circuitry uses only the best class A components, and the result is unparalleled clarity and sonic character.

In addition to the pristine audio quality, all D.W. Fearn products are built for the highest level of reliability and ruggedness. Each of their products are contained in a heavy-gauge aluminum chassis (painted their signature red), have gold-contact precision relays (to prevent dirty contacts from degrading the sound), and use point-to-point wiring. With this type of attention to detail and refusal to compromise on quality, it’s no wonder D.W. Fearn’s products are found in the most prestigious studios around the globe.

Because the D.W. Fearn VT-1/VT-2 tube preamplifiers color audio in such a pleasing way, many users have wanted to use them one line-level sources, such as previously recorded tracks, at the end of a processing chain, or even on an entire mix. Enter the LP-1 Line Pad. It brings a line-level signal down to mic level, greatly expanding the opportunities for using the VT-1/VT-2 preamps. Perhaps one of the greatest uses of this is for “re-preamping” tracks that were recorded without the advantage of a high-end vacuum tube preamplifier.  Simply run the tracks through the LP-1 Pad, into a VT-1/VT-2 preamp and then record the output signal. This is a great way to add warmth, color, and presence to individual tracks. When used in conjunction with the VT-1 or VT-2 input pad (-20dB), the LP-1 Line Pad allows the preamp to accommodate line-level signals from consumer-level (-10dBV) to high professional levels (+10 dBm or more).

NOT a direct box

It is very important to note that the LP-1 Line Pad is not a DI, and does not work well for recording electronic instruments. For these types of applications, please use either the D.W. Fearn VT-I/F Vacuum Tube DI, or the D.W. Fearn Passive Direct Box