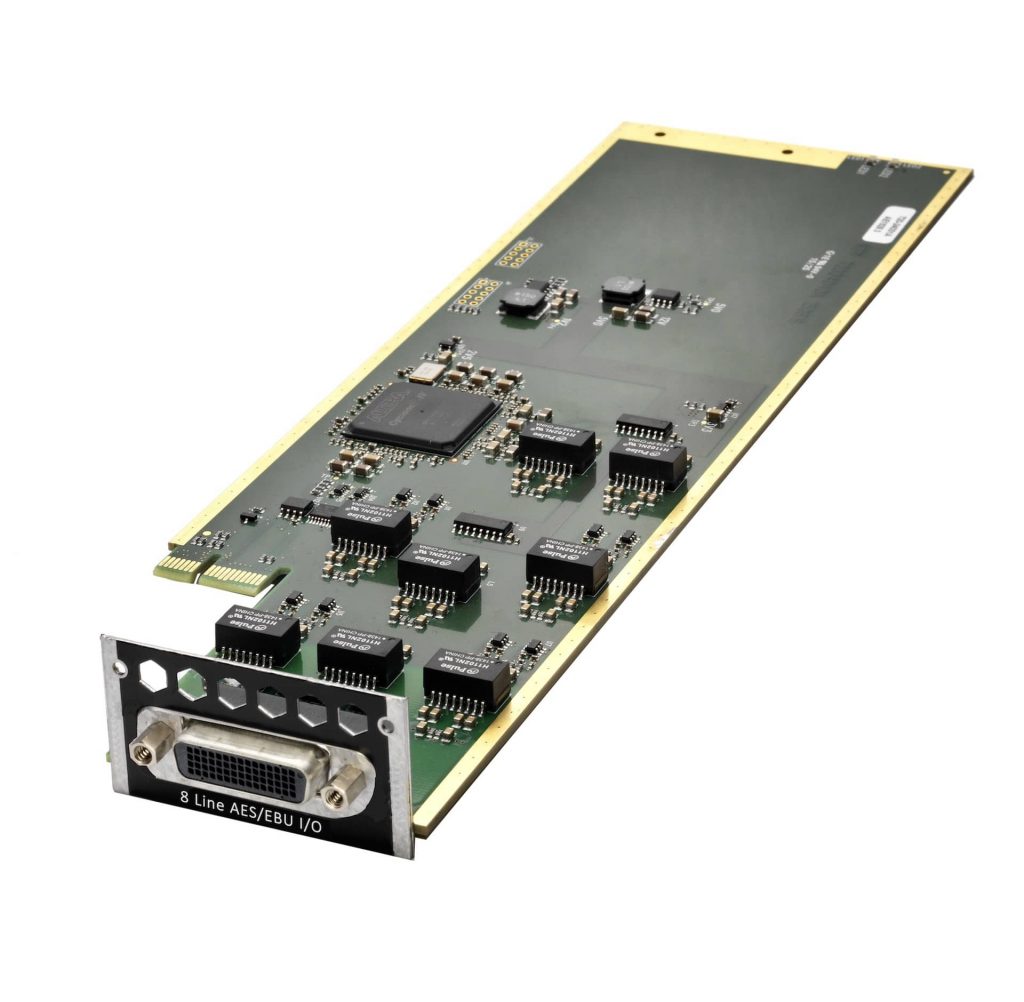 This expansion card is designed for use with the Avid Pro Tools | MTRX – Call 323-845-1145 to learn more about what MTRX can do for your workflow.

The MTRX 8 AES3 option card is a four stereo-in by four stereo-out, full-length PCIe I/O card, featuring automatic sample rate conversion, so that all signals entering and leaving the MTRX appear at the same time, regardless of sample rate—just as though you were working with analog. The MTRX 8 AES3 I/O card has a 25-pin D-Sub connector with Tascam pin-out, and also comes with a breakout cable to connect with equipment that has XLR AES/EBU ports. The Pro Tools | MTRX base unit lets you use all eight of its expansion ports for MTRX AES3 I/O option cards. AES3 is the professional means to send and return effects, bridge between digital consoles, power amps, Dante network, and other AES-equipped audio gear.

If you have a lot of AES3-equipped outboard, the Pro Tools | MTRX can add AES3 channels, even as you add equipment. For more information, call or chat with your Westlake Pro sales consultant today.