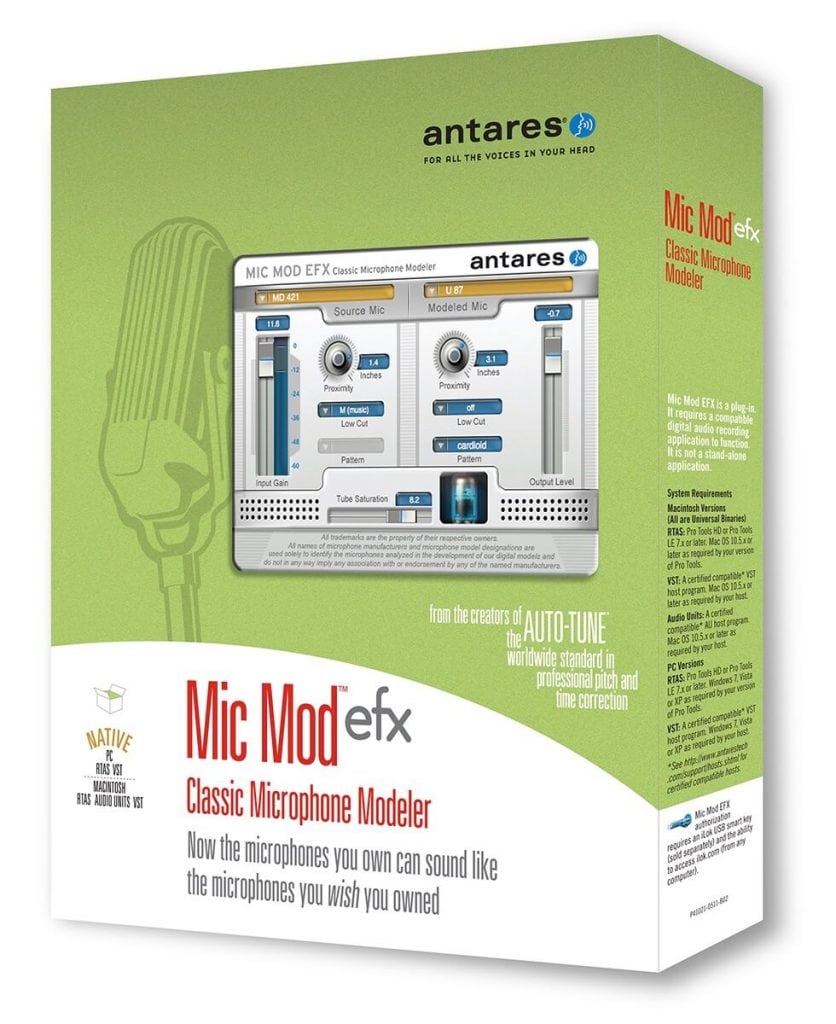 Using our patented Spectral Shaping Tool™ technology, we’ve created precise digital models of over 125 historical classic and exotic microphones. Simply tell Mic Mod EFX what microphone you are actually using and what microphone you’d like it to sound like. It’s as simple as that..

With Mic Mod EFX, you can afford to record each track through a model of the specific mic that will best produce that ideal sound you’re looking for. Or use it in live performance to get the sound of mics you’d never consider using on stage. You can even use it during mixdown to effectively change the mic on an already recorded track.

If you’ve ever wished for an extensive collection of exotic mics (but shuddered at the cost), then Mic Mod EFX is the plug-in for you. Not only do Mic Mod EFX’s models reproduce all of the subtle sonic characteristics that make each microphone unique, but they also give you control of each mic’s specific options. Does the mic have a low cut filter? If so, it’s in the model. Wind screen on or off? Close or far placement? Each option results in the same sonic effect that it would have with the actual modeled mic. And for that final touch of perfection, you can even add some tasty tube saturation.

Here’s how easy it is…