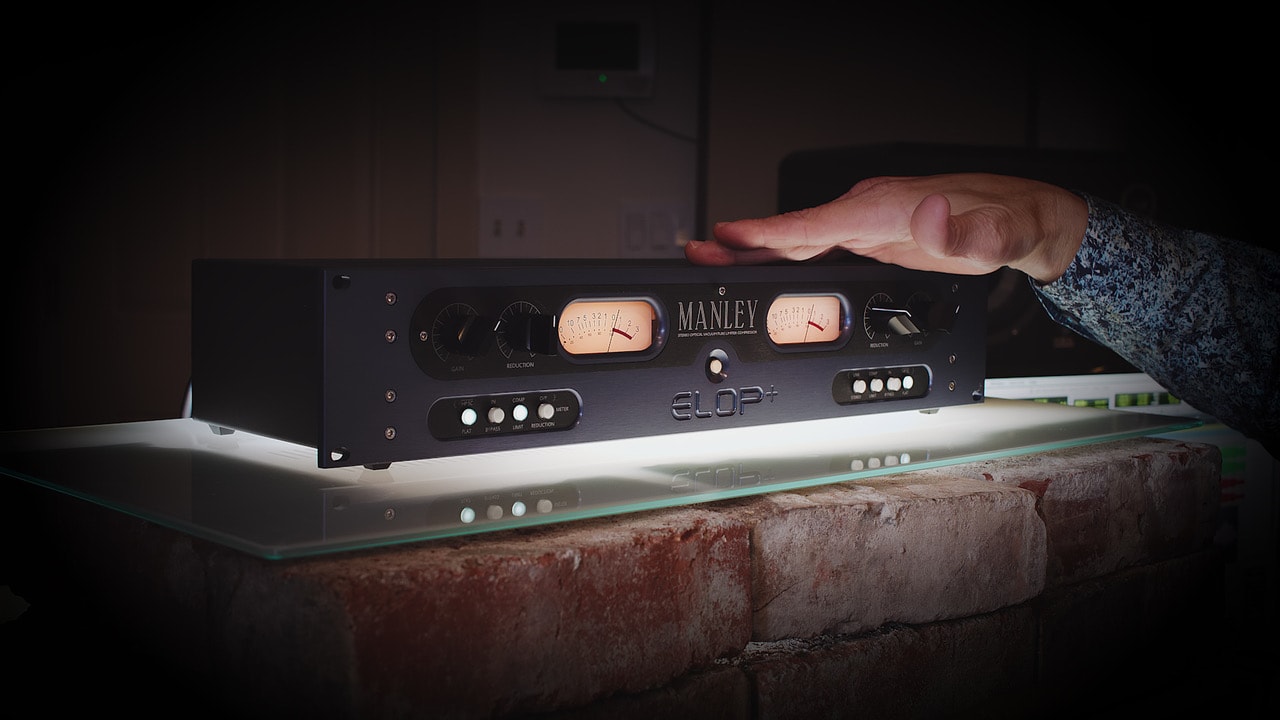 Right now you can save $200 when you buy a Manley ELOP+ Stereo Limiter Compressor from Westlake Pro. That’s all well and good, your saying, but do I really need one? What exactly makes this navy-blue box so coveted by producers and engineers? Manley has answered that very question with an in-depth series of videos hosted by platinum producer Michael James (New Radicals, Edwin McCain, Hole).

We thought these videos were so useful in demoing the ELOP+, we figured we’d re-share them on our blog! You can either click an icon below to quick-scroll to a specific video that catches your eye, or check out the whole series by scrolling down the page.

On the Mix Buss: Compression vs. Limiting 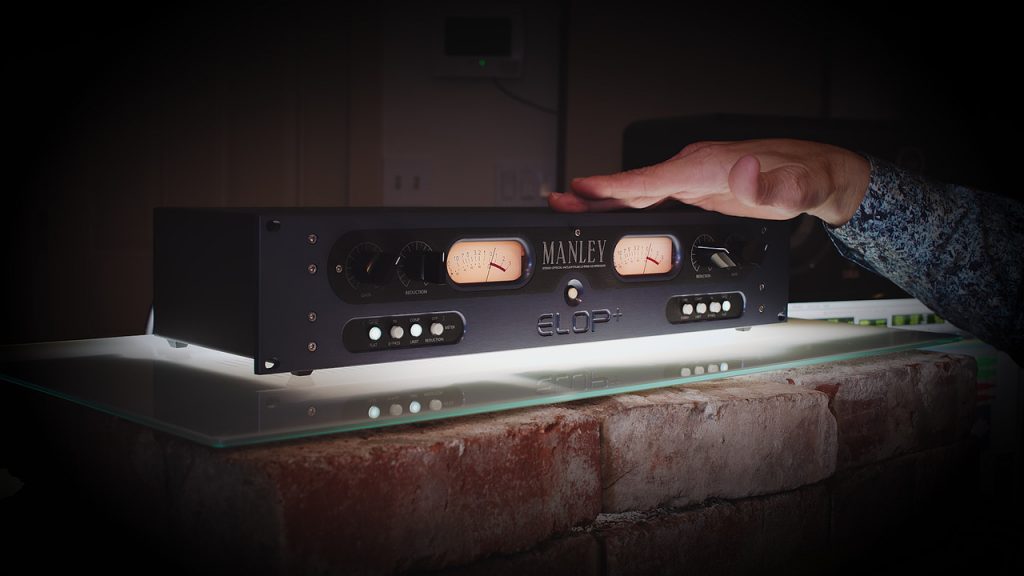 From Our Friends at Manley...

Since the early 1990’s, the Manley ELOP® stereo electro-optical limiter has been a tracking hero – effortlessly controlling dynamics on countless records around the globe and delivering the classic, coveted all-tube sound for which Manley Labs is known. This LA-2A type unit allows for deep amounts of limiting without loss of high frequencies: it literally works (and sounds) like a changing volume control.

In 2016 we debuted the ELOP®+, a new iteration of this fan-favorite dynamics processor. Alongside its legendary 10:1 limiter, the ELOP+ adds a 3:1 compression ratio for greater versatility (especially on the 2-buss!), our MANLEY POWER® Switch-Mode Power Supply (lower noise, universal voltage acceptance), significantly upgraded circuitry, and new cosmetics. You can read more about what makes MANLEY POWER so cool by checking out this page, but before you do that…

We enlisted the help of platinum producer Michael James (New Radicals, Edwin McCain, Hole) to showcase the versatility of the ELOP+ on some of his favorite sources: lead vocals, electric bass, and two different mix buss applications. Watch the videos below for a deep-dive into this very special unit.

The Manley ELOP®+ on the Mix Buss: Using the High-Pass Sidechain Filter

In this video, Michael demonstrates how he uses the high-pass sidechain filter of the Manley ELOP+ Stereo Limiter Compressor to add control and vibe to the mix buss. Optical compressors and limiters can be lovely creative choices here. One might assume that the simple controls do not provide enough flexibility to enhance a mix buss, given that there are no attack and release controls – but the sidechain filter on the Manley ELOP+ blows that assumption out of the water.

This video shows Michael taking advantage of the filter to keep the GR (gain reduction) in the sweet spot by mitigating the amount of low frequency audio triggering the detector circuit. This technique allows the compressor circuit to recover fast enough to make the music feel more 3-dimensional, fatter and “groove enhanced.”

When listening to the video with headphones or high quality speakers, upon engaging the compressor with the filter, you will hear the low end fill out and warm up the mix without compromising any of the midrange and high frequency details. The musical groove becomes smoother, without any undesirable pumping artifacts.

By contrast, removing the filter will make ELOP+ behave more like a traditional opto limiter that will [over]react to heavy low frequency content. You will hear undesirable, unnatural pumping that is subject to the laws of physics. (This is what you will hear when Michael says he will “ruin” the mix at 1:51.) Re-engaging the side chain filter at 1:58 to “fix it” opens up the soundscape and adds excitement. Magic on the mix buss!

The Manley ELOP®+ on the Mix Buss: Compression vs. Limiting

Here, Michael demonstrates the difference between compressing and limiting with the Manley ELOP+ Stereo Limiter Compressor on the mix buss. When listening to the video with headphones or high quality speakers, you will hear ELOP+ in both compressor and limiter modes, reacting to a Brandon Clark track with a big sustained sub bass that happens when using 808 kick sounds as a bass line.

Compression, when set tastefully, “blooms” in sync with the tempo and groove of the track, even without attack and release controls. The vocal remains important in the mix while the bass becomes juicier, breathing a warm cocoon of support to the soundscape. Michael describes the effect as “three dimensional.”

Limiting, on the other hand, tightens up the overall dynamic range. Notice that after switching to limiter mode beginning at 2:36, Michael changes both the Gain and Reduction settings to find the sweet spot.

The Manley ELOP®+ on Bass Guitar

Here, Michael demonstrates how he uses the Manley ELOP+ Stereo Limiter Compressor to control levels and saturate the tone of a bass guitar. After finding a sweet spot, he bypasses the compressor at 1:23, when many of the quieter “in between” notes become lost in the mix. Reengaging at 1:30 makes all the notes clearly audible. At 1:38, Michael switches from bass punch and clarity to juicy harmonic saturation that would be equally appropriate on a classic Motown record or a modern Rock or Hip Hop track.

The Manley ELOP®+ on Lead Vocals

In this final video, Michael demonstrates how he uses the Manley ELOP+ Stereo Limiter Compressor to control a vocal track; plus, a special channel-to-channel daisy-chain trick to double the power of this Manley classic.

Early in the video, Michael dials in the compressor settings on his ELOP+’s channel 1 to tighten up the wide dynamic peaks and valleys of Cindy Zhang’s spirited vocal performance of “Barcelona.” Her loudest words are pushed down while the softer, quiet phrases become louder and more audible, without using volume automation. The settings were focused on crafting a “creative” musical energy rather than a “technical” tight dynamic range.

At 3:30, Michael switches to limiter mode on channel 2 to shave only the loudest peaks so that he can “precondition” the vocal for the technically tighter dynamic range described above. He’s looking for control rather than vibe or emotion, because he intends to feed this preconditioned limited signal back into channel 1’s compressor to conjure the ultimate in vibe and emotion. His thought is that mitigating the loudest peaks before compressing will keep channel 1 in the sweet spot by ensuring a fairly quick recovery from any gain reduction.

When he engages both at 4:15, you will hear an emotionally resonant vocal that commands the mix while sitting nicely in the middle of it, without stepping on any of the exciting instrumental parts. We can really hear the difference when both channels are bypassed from 4:21 to 4:35, when the quieter passages nearly disappear from the mix. Reengaging both channels at 4:36 puts the vocal back in command, effectively illustrating the power of crafting exciting lead vocals by using the ELOP+ to deploy Michael’s daisy-chaining pro tip.

Looking to try something even more advanced? Try “multing” (splitting) the vocal simultaneously into both channels, with radically different settings on each, and return both channel 1 and 2 to the mix buss in parallel (instead of in series). Then, you can custom-blend different timbres on the fly, reacting to whatever the music requires. Try it and let us know what you think!