Our design & integration partnerships have led to us building studios in far-away corners of the map: Mumbai, Brazil, Mexico, France, and plenty more. But when Cirque du Soleil founder Guy Laliberte told us he wanted to build a recording studio on a remote island he owned in Tahiti, we admit we were caught by surprise.

There were a few challenges right off the bat: the tiny atoll on which the studio was to be located does have an airstrip, but it was built to accommodate twin-engine Cessnas rather than bulky cargo jets. The island is surrounded by a veritable shield of thick coral reef, making it unreachable by anything larger than a humble raft. And if getting materials and gear to the island weren’t difficult enough, there’s also the consideration of a friendly neighborhood hurricane stopping through for a visit. Each building on the island would need to be capable of withstanding such an occurrence.

Fortunately, these challenges wouldn’t be shouldered by our design group alone. For tricky projects like this one—and especially ones that are being built in exotic locations—we usually turn to our longtime partner Horacio Malvicino.

Horacio has built state-of-the-art studios in just about every country you could name: Iraq, China, Mexico, Argentina, Colombia, Puerto Rico, Costa Rica—throw a dart at a map and Horacio has likely built a high-end studio and/or hung his custom acoustic panels somewhere within its borders.

Horacio Malvicino is an acoustic designer and systems integrator who has built high-end studios around the world. His portfolio includes locations in the US, the Middle East, Africa, and more, but his most challenging build was a project he recently completed in partnership with Westlake Pro. The recording studio was built on a tiny atoll in French Polynesia, called Nukutepipi, for founder of Cirque du Soleil and owner of the island, Guy Laliberte. The studio is inside a cozy bungalow, complete with a control room and isolation room that has already been used to record major stars like Katy Perry and Bono of U2.

Nukutepipi is one of the southernmost islands in French Polynesia, triangular in shape and surrounded by a barrier reef with a lagoon in the center. Laliberte’s new studio sits inside his small private resort with many amenities, including a tennis court, gym, telescope, theater, and a mini golf course.“From the outside, the bungalow looks like another place to rest your head on vacation,” says Malvicino. “But on the inside is a state of the art recording facility that is rated for typhoons!” 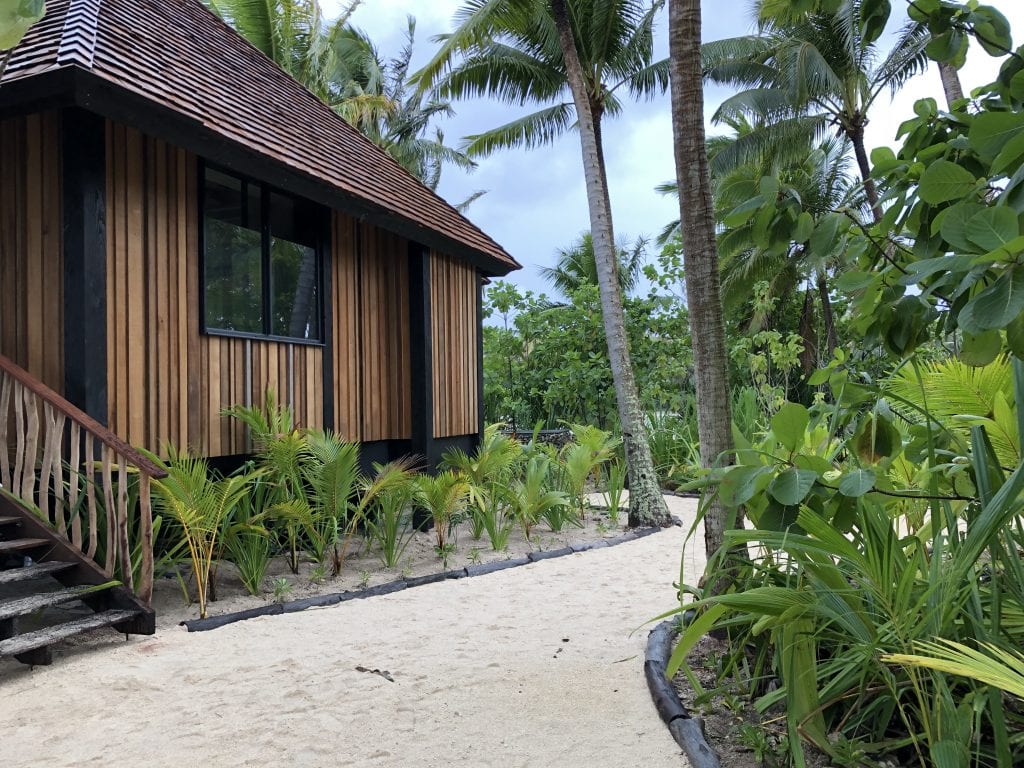 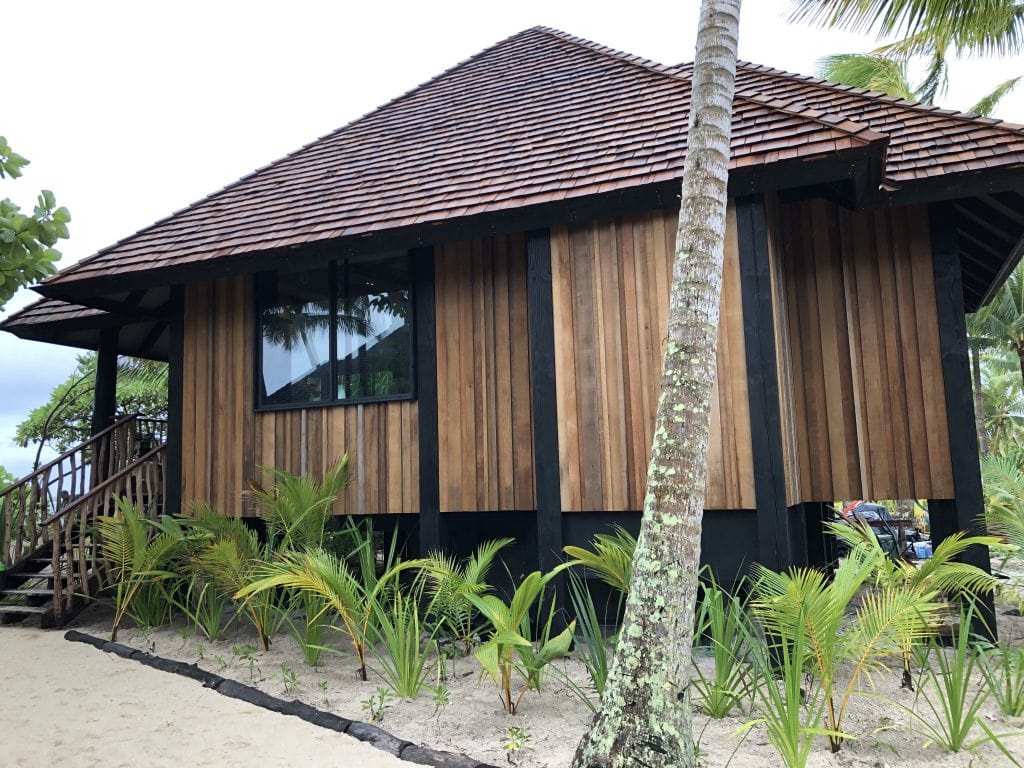 The journey began in Los Angeles, CA months before the crew broke ground on the island. The Westlake Pro Design Group worked with sales rep Stephen Bannister, Malvicino, and Eric Lynn of Shangrila Studios to create structural drawings and work out logistics, especially sourcing of materials. “This is by far the most challenging one because of how remote it is, how complicated it is to get to the place, and the technical demands of the project,” says Malvicino. All together, the materials, audio gear, and crew to complete the build came from the United States, France, Mexico, New Zealand, Chile, and Tahiti. All of the audio gear was tested in Los Angeles before shipping out to the South Pacific.

After the materials had been sourced, getting them to the island was the next concern. The barrier reef around the Nukutepipi makes it impossible for seagoing ships to dock along its shores, so everything needs to be ferried from a carrier ship to the island via a small barge. “If you’re coming in by boat, you have to dock the boat outside the atoll and then run a barge up to the boat,” says Malvicino. “Then everything has to be transferred onto the barge and brought to the small port on the island.” On top of all this, the carrier ship only visits the atoll once every two weeks, so the plans and delivery had to be seamless to avoid long setbacks.

Once the crew, supplies, and gear were on the island, all the materials and gear had to be delivered in small trucks on dirt roads. Flying the crew to the island was another detail to work out. The resort sits next to a short runway that is big enough to handle a small airplane but not a jet. The aircraft only visits every three days and has strict weight limits, allowing only twelve people to squeeze inside.

Luckily, with careful planning and expertise, the build was executed with no change in schedule. The first 46 days were spent constructing the brand new building for the studio, comprised of a control room, iso room, and a bathroom. “The building was actually developed and built in France. It came down in pieces. They brought it by boat from the Port of Marseille all the way down to French Polynesia. It went from Tahiti, to a smaller boat, to the island,” says Malvicino.

While most of the equipment runs on 220v, the racks have been specially designed to accommodate gear that runs on 115v. The studio was also designed so recording may happen in the control room or the iso room. A rolling rack can be taken into the iso room if the artist is working solo. The last step was studio commissioning over the course of three days to check power supplies, ensure correct voltages are running to all the components, and confirm signal routing. 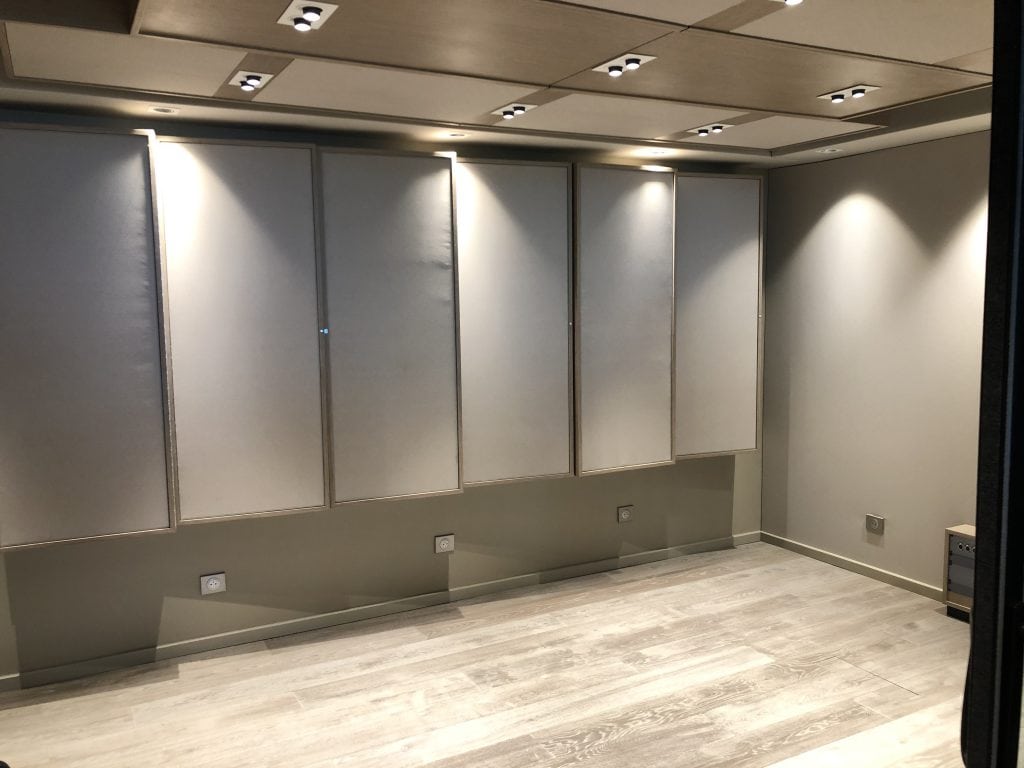 Custom acoustic treatment from Malvicino Design Group inside the studio.

See the Island Studio on Nukutepipi 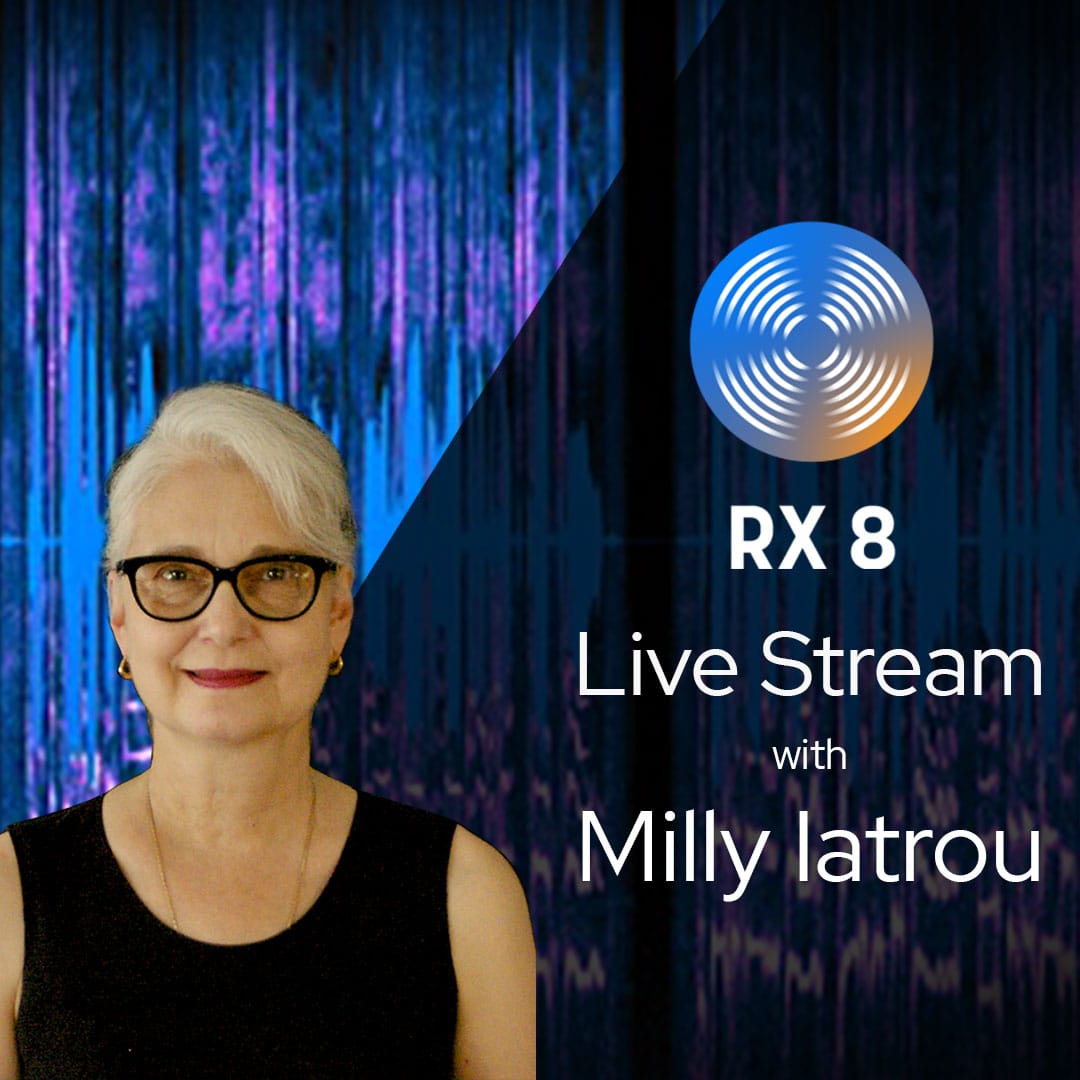 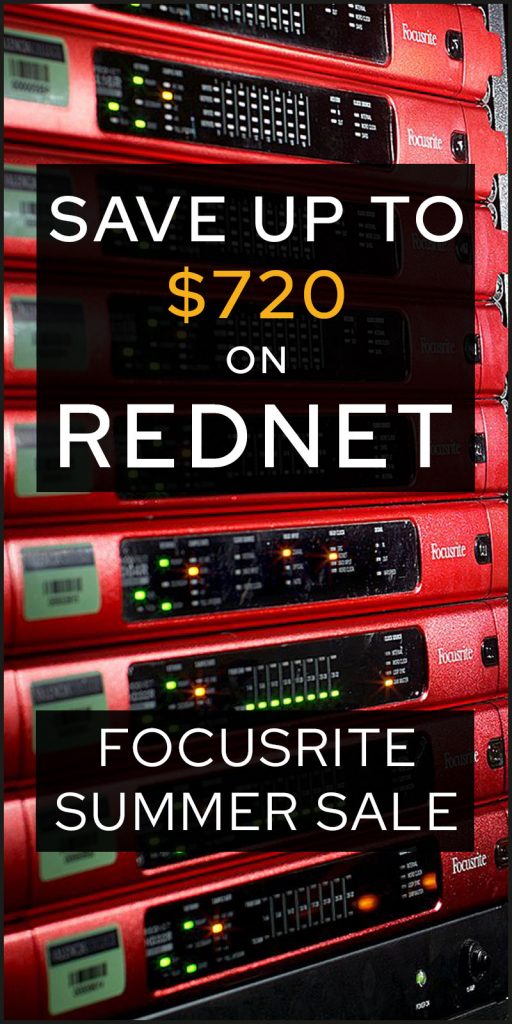