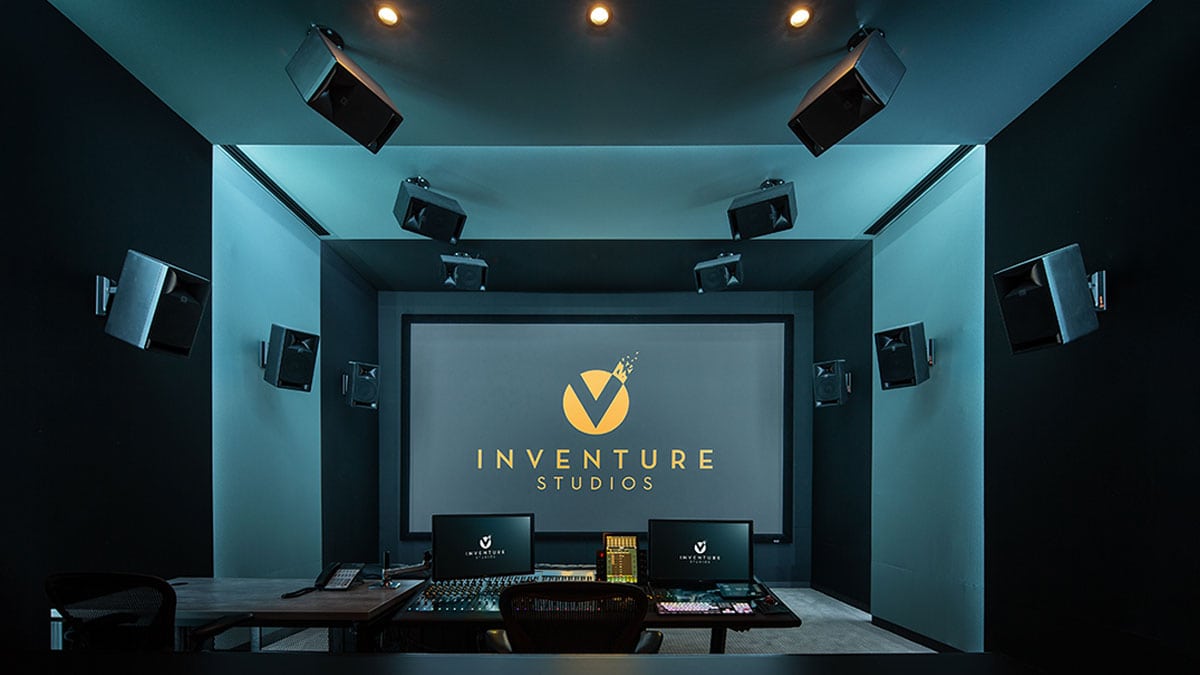 Once Upon a Time in... North Hollywood

When Steven Spielberg, Christopher Nolan, and Quentin Tarantino need sound on film, they go to one place – Inventure Studios in North Hollywood, CA. In addition to 35MM Dolby Digital, Inventure houses the only Datasat (formerly DTS) 70mm film encoder in the world to produce the film soundtrack for major motion pictures like Ready Player One, Once Upon a Time…in Hollywood, and Dunkirk.

Inventure Studios, was established by three friends – Chris Page, Jon Seifert, and Rod Cervera. Jon & Chris worked together in the early 2000’s at NT Audio Video Film Labs, a popular post-production house in Los Angeles during the late ‘90s and early 2000s. Business was booming with 90% of their workload being 35mm film but they could see the writing on the wall – digital technology was about to disrupt the film industry.

In a leap of faith, they parted ways with NT Audio and started their own digitally focused post-production facility, complete with three studios inside a renovated and modernized facility in North Hollywood.

Located in North Hollywood, CA, Inventure Studios has earned a reputation for providing high-end post-production services for the entertainment industry.

Since opening their doors in 2012, the team at Inventure has worked on powerhouse films like Midway, The Irishman, and Joker. In addition to the creation of 35mm & 70mm film soundtracks, Inventure offers a wide range of services including Atmos mixing, 7.1 and 5.1 mixing and recording, audio deliverables quality control, audio restoration, and more. In the words of Inventure co-founder Chris Page, “Basically, any audio post-production, we can handle.”

When it was clear that Atmos was becoming the new standard in post-production mixing, Inventure decided to expand their services in 2018, adding a fourth room to their facility. As customers at Westlake Pro for over 10 years, they turned to sales rep Rich Avrach the Westlake Pro Design Group to plan and build their Dolby certified Atmos mixing room.

Westlake Pro’s approach to the studio was centered around a customized system that focuses on creative workflow opportunities, efficiency, and expandability. Inventure has the flexibility of recalling Dante routing via saved presets to quickly switch between different routing pathways instantly. In the evolving world of post-production workflows, efficiency is key – and the combination of gear installed by the Design Team creates a simple yet powerful ecosystem.

Inventure’s systems were upgraded to Avid HDX and the team rewired one of their ADR studios. Westlake Pro and Kaiser Commercial Construction worked together to knock out the wall in between the existing studios and the building next door, expanding the studio to provide more office space, a lounge area, and a 24’ x 18’ x 12’ Atmos mixing room.

Karl Yanchar Design and Consulting Group designed and installed the custom acoustic isolation and treatment, lighting, and HVAC ducts in the newly constructed studio space. Then, an Avid S6 Control Surface and 23 JBL monitors with four subs were installed. To top it off, Westlake also ran all the audio visual low voltage routing to supply power to the security cameras, telephones, and internet access.

“I’m so happy that Inventure has built this brand new Atmos room,” says in-house mixer Carlos Solis. “One of the little things I love about it – the lighting. You can change the light colors to fit your mood. It’s the little things in life that make us mixers enjoy where we work.” Solis has worked on several high-profile titles including the series Friends, which was recently released into theaters in the Atmos format. He’s also mixed several international language versions for Joker, Aquaman, Transformers & Lego movie franchises and many more.

Inventure is now Dolby Atmos Home Entertainment certified and also holds the Premier Studio Certification. Usually, a studio will hold one or the other, yet Inventure has both. The Home Entertainment certification allows for reformatting television shows in Atmos, making them eligible for their membership in the Netflix Post Partnership Program (NP3). NP3 collaborates with post-production partners globally to outsource services like language dubbing, audio descriptive services, master quality control, and post-production.

“Netflix did a rigid analysis of what our capabilities are,” says Chris Page. “It was a pretty thorough process and Westlake Pro was instrumental in making sure that all the certifications and specifications were met by both Netflix and Dolby.”

“It’s been great to see the progress and how Atmos has taken over. With the streaming services supporting it, like Netflix, HBO, Amazon, basically everyone is going Atmos,” says Solis. “It’s a format that allows you a lot of creativity and flexibility. I think that the future is really exciting. I even heard there is going to be Atmos for live events. So that’s definitely opening up a whole new world in post-production.”