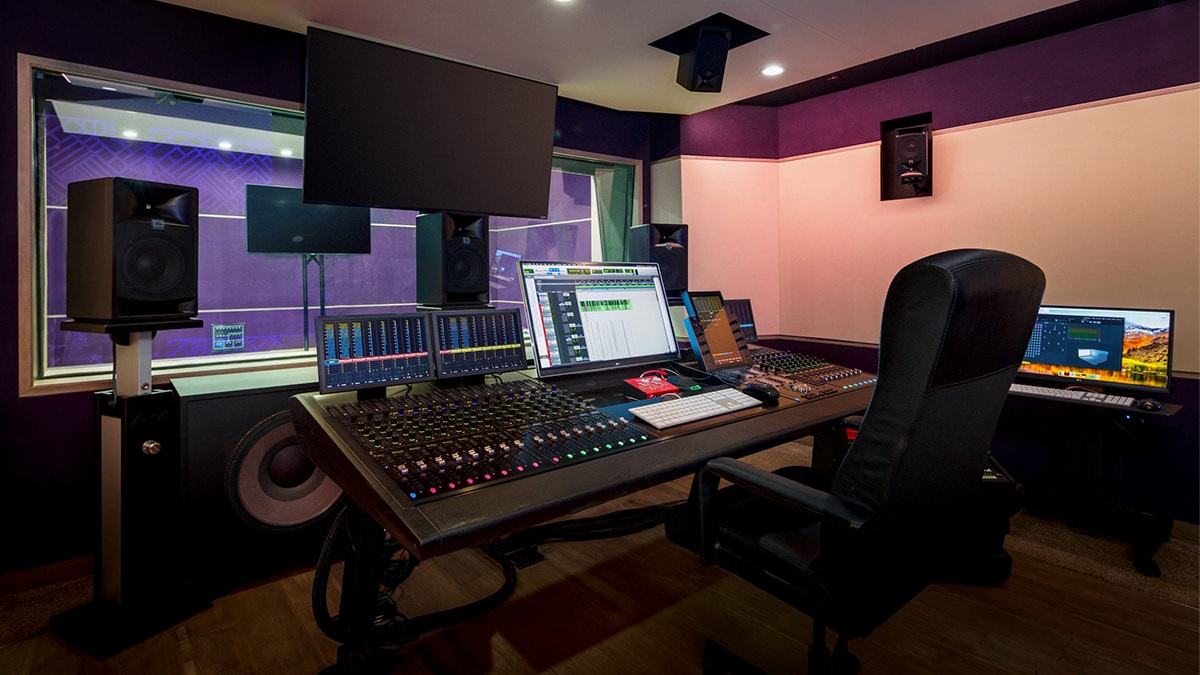 Voxx Studios in Glendale, CA, has earned itself a solid reputation for excellent work in foreign language dubbing, producing about 2000 hours per year of content in a multitude of languages.

Founders Andrei Zinca, Tunde Skovran, Karina Cruz, and Adrian Potinga began the venture together in 2015. Betting on Hollywood’s incredible source of talent in a multitude of languages, they combined their passion for film and entrepreneurship into a venture that started as just two studios for overdubbing in English and Brazilian Portuguese.

The demand for their services was overwhelming, and only six months later they moved into a facility with six large recording rooms, three audio editing and stereo mixing bays, and one 5.1 mixing room.

Today, Voxx Studios is the largest dubbing house on the West coast of the United States and the only dubbing house working on long formats, like telenovelas, and adapting foreign films to English for streaming services like Netflix. Their services span more than 10 languages, including, English, Brazilian Portuguese, Latam, and Castilian Spanish, Italian, German, French, Japanese, Mandarin, and Armenian.

Some of the greatest animation successes on Youtube have featured Voxx’s work in English, Spanish or German, with originals in Korean, Mandarin, Turkish or Russian. Chica Vampiro, a successful musical telenovela for teens from Colombia, had its Brazilian Portuguese version produced at Voxx and aired with great success on one of Globo’s channels and on Netflix.

One of their most notable works includes creating the English version for theatrical release in the US of the Norwegian 3D animated feature Ella, Bella, Bingo, starring the voices of Richard Kind and Tress MacNeille.

Recently, Voxx Studios has expanded their services to audio post production for film, television, and music. The addition of a live room and Atmos mixing room built by the Westlake Pro Design Group has made Voxx a triple threat with the ability to do live music recording, mix from stereo up to Atmos formats, along with their array of ADR services.

Before the build began, the room was planned around Dolby Atmos specifications. Custom-built enclosures house the 9.2.4 monitor configuration inside a royal purple acoustic treatment. The same acoustic treatment lines the walls of the newly built live room.

Custom racks and cabling for analog and digital audio, data, sync, and video reference were built to the exact specifications of their machine room.

Challenges arose upon the discovery of missing conduit in the walls to run the cabling. To work around this, The Westlake Pro design group switched gears and instead installed a Focusrite RedNet Dante system, running everything over one Ethernet cable.

Voxx’s new Atmos mixing room is outfitted with an Avid S6, Avid MTRX, 15 JBL monitors including 2 subwoofers, and a Dolby RMU. A KVM switch allows a seamless transition between the three workstations that handle recording, mixing, and playback. Westlake Pro also setup and configured their patchbay, video systems, and peripheral devices like microphones and keyboards.

In addition to their studio services, Voxx Studios also has a large hall with a capacity for up to 200 people. The space is intended for the creative community of Los Angeles to showcase its talent. The Westlake Pro Design Team wired the live room so video and audio may be disseminated throughout the facility, allowing a performance in the live room to be heard and viewed on a projection system from the event space.