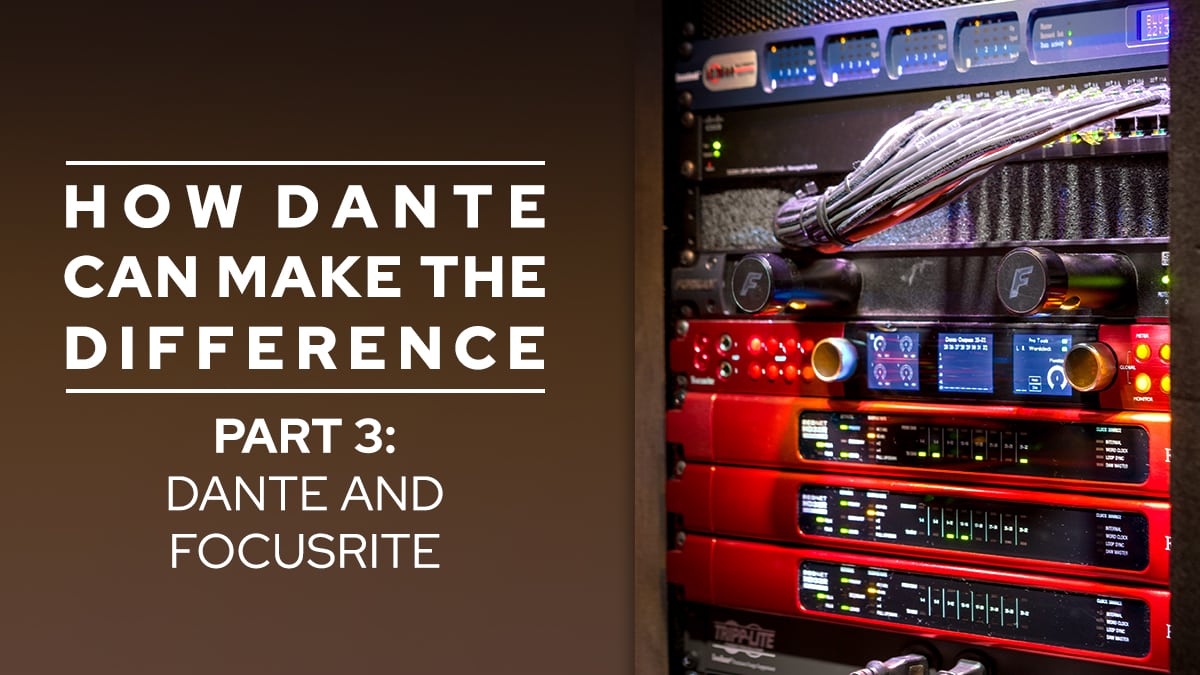 Did you miss the first parts of our blog series, Getting Started With Dante?  We covered what makes Dante different, the basics of Audio over IP networking, and some of our Dante enabled studio builds to give you an idea of what you can expect.  Click below to revisit Part One to make sure you’re up to speed!

When It All Comes Together

In this three-part blog series about Dante, we’ve shown you the ins and outs of how it has been making a difference in the audio industry as of late. From the basics of Audio over IP networks to solutions for your home studio, Dante has shown us new and exciting ways that technology is changing our craft, in addition to things that we may have been doing the old way for a bit too long. But what about something more significant? How can Dante and Focusrite help you be creative on an even bigger scale? 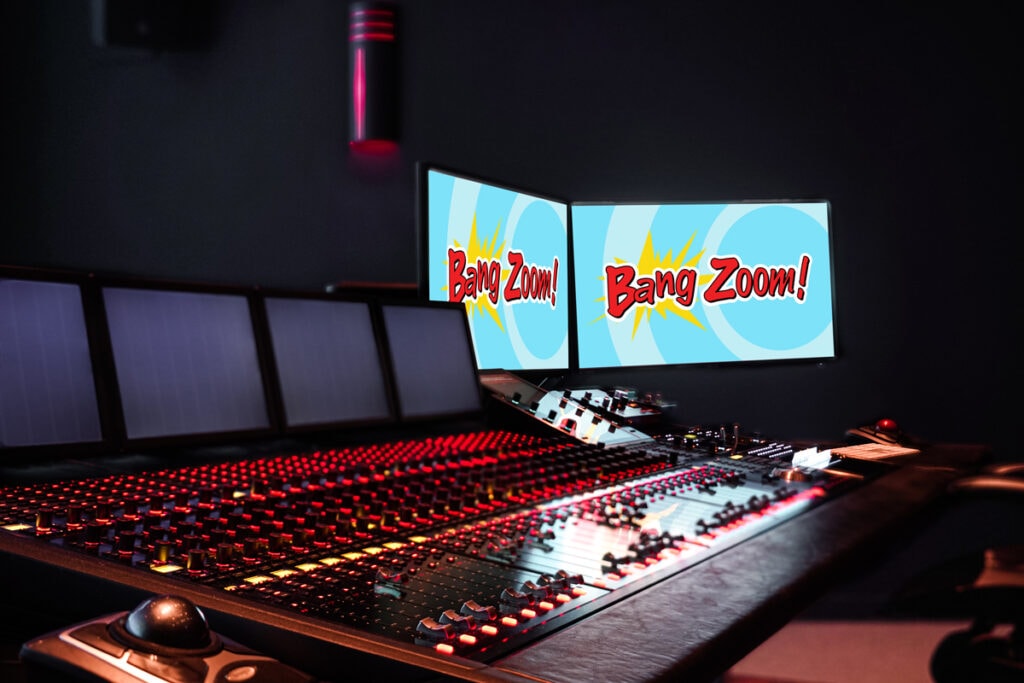 When Bang Zoom! Entertainment needed to give their massive 15,000 square foot facility a connectivity upgrade with a Dante-enabled Dolby Atmos immersive sound system; they called Westlake Pro to help with the herculean undertaking. With recording and foley stages, edit bays, and multiple Dolby Certified surround mix rooms, Bang Zoom! needed to be able to send audio to and from any room on the property. While that’s just one of the things that you can accomplish via Dante; here are a few other examples of what Westlake Pro has done by teaming up with Focusrite and pushing the envelope of what is possible. 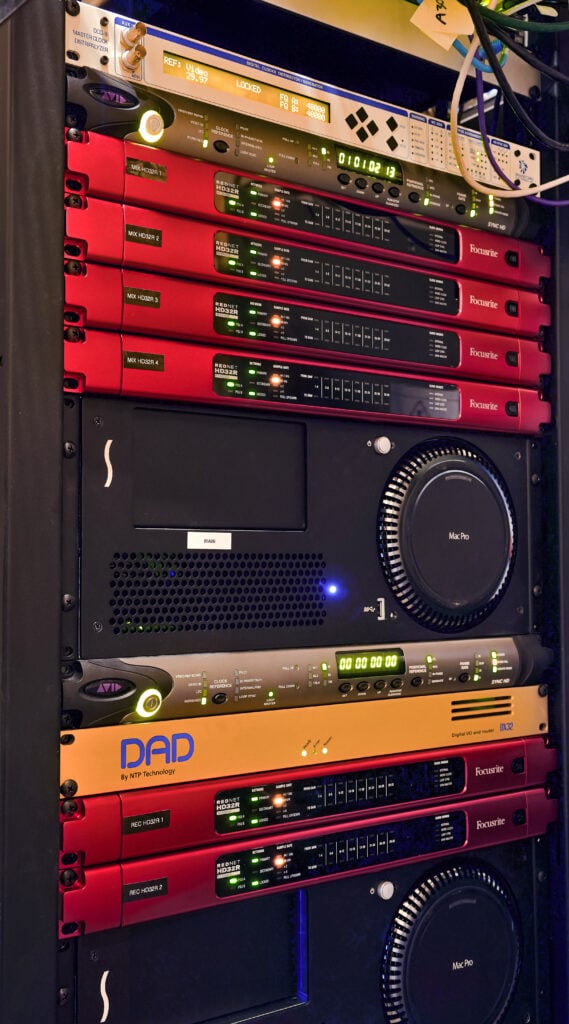 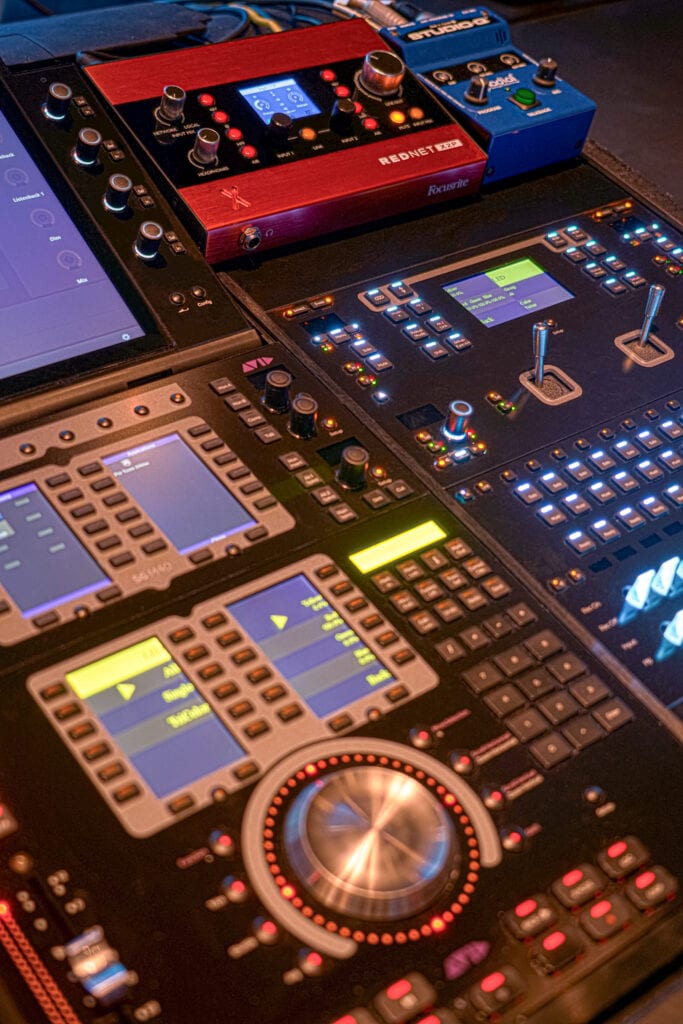 The Focusrite HD32R is a Pro Tools engineer’s dream interface. Giving you 32 channels of I/O in a sleek 1ru box, it can connect to your Pro Tools rig directly with mini Digilink connectors. They come equipped with dual power supplies and network connections, so you’ll never have a dropout, and you can tether these boxes together with Ethernet cables until you run out of I/O in Pro Tools. The expansion capabilities of Focusrite HD32R were pivotal in the development of the new Bang Zoom! Dolby Atmos-certified mix stage. It provided the perfect link between their existing system, their Pro Tools rig, and the Atmos room of their dreams. 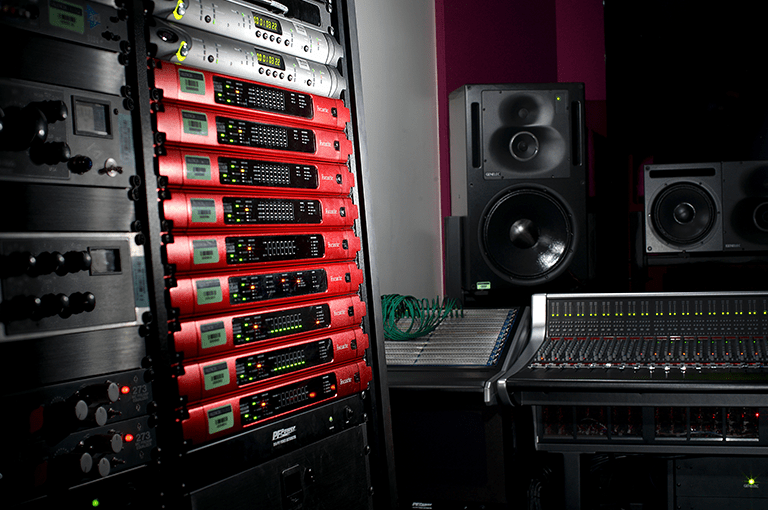 “With RedNet, we could simply expand on the existing system. It gave us a clear and easy pathway forward.” – Lead Audio Technical Engineer, Bang Zoom! Entertainment

With RedNnet, they also gained the ability to quickly switch between traditional surround sound workflows and their new Atmos mixing platform. With four different output formats available with the click of a button, you can effortlessly switch between monitoring formats and fold down your mix to ensure that it sounds like you want it to across the board.

Going Up The Country

Let’s take a more abstract look at the art of modern recording. When Sony 360 Reality Audio pioneer Jon Altschiller began construction on his new studio, Chiller Sound, mid-pandemic, he had a long list of needs. Altschiller wanted to be able to mix in both Sony 360 Reality Audio, and Dolby Atmos in the same control room. In addition to his immersive control room, his Pound Ridge New York studio is comprised of living quarters, a huge live recording space, and even a tennis court. But when Westlake Pro’s Matt Knobel stepped in, he was absolutely certain of how to future-proof Jon’s space while simultaneously fulfilling all of his needs. Dante transformed his woodland retreat into a recording paradise that offers incredible flexibility for both the creative and technical needs of the studio. 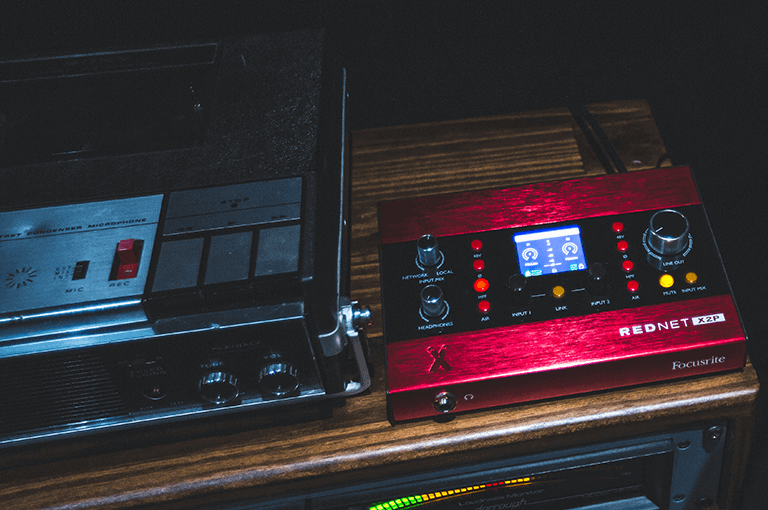 With something as simple as the Focusrite X2P, clients are able to tap into the property’s massive Dante-based recording system, providing a gateway to utilizing every space as a live recording environment. “We wanted you to be able to record in every area of the studio. The compound is thoroughly Dante-equipped, even the tennis court. You can record anywhere on the property” says Knobel.

With a simple Cat6 ethernet cable connecting each area of the facility, Altschiller now has the capability to record drums, vocals, and guitars outside if he wants. Where a traditional cable run over distances like this would mean dealing with significant signal loss, not to mention a costly set of custom cables, with Dante and RedNet, he’s sending digital audio between devices in different locations with ease and has the ability to route it anywhere on his network. 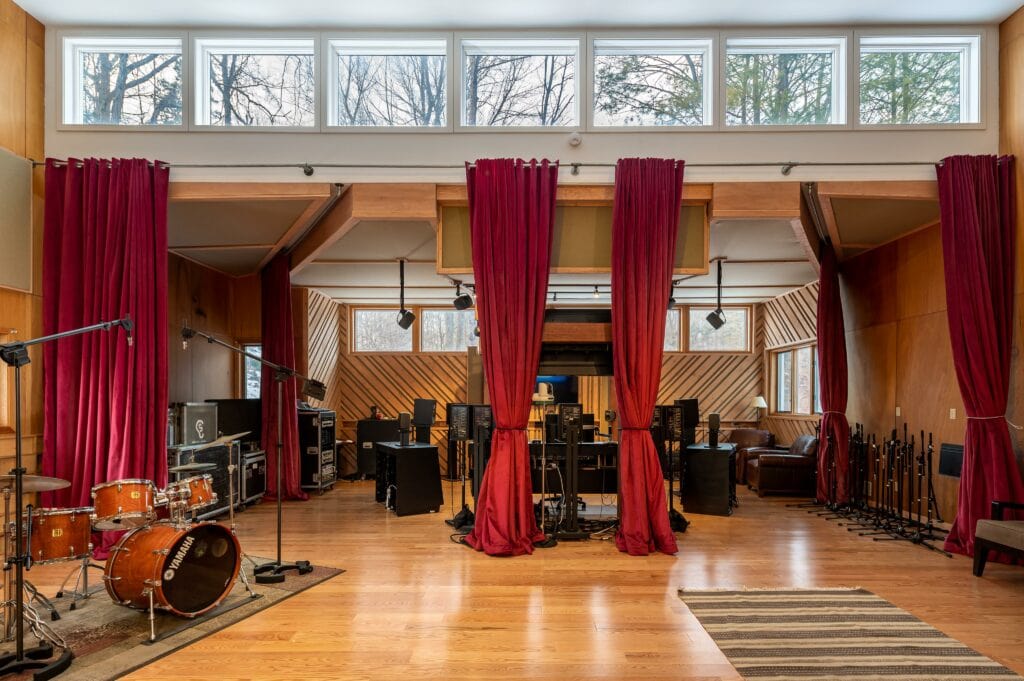 When all of your I/O is on a single network, it makes moving things around incredibly easier. You can then focus on bringing a transparent recording experience to the artist, giving them the flexibility and comfort to record wherever they want.

Professionals worldwide are taking advantage of Dante networks and the scalable, free-flowing routing they can provide for you. The beauty of a new opportunity is always found within the feeling of limitless potential, and with Focusrite, Dante is full of just that. And it’s not trying to rewrite the past like many other failed attempts and moving the needle in the right direction. For projects big and small, Dante is flexible and can easily adapt from the home studio to live sound and expansive Dolby Atmos production facilities. Like many things in audio, it takes a while for something classic to become, well, classic. You can bring all of your favorite techniques into the modern age with elegant simplicity and the true spirit that audio engineering was built on: staying true to the source, being wildly creative, and communicating artistic desires from the beginning to the end of a project. With Focusrite and Dante, you can tap into your creativity and unlock the workflow you’ve always dreamed of. 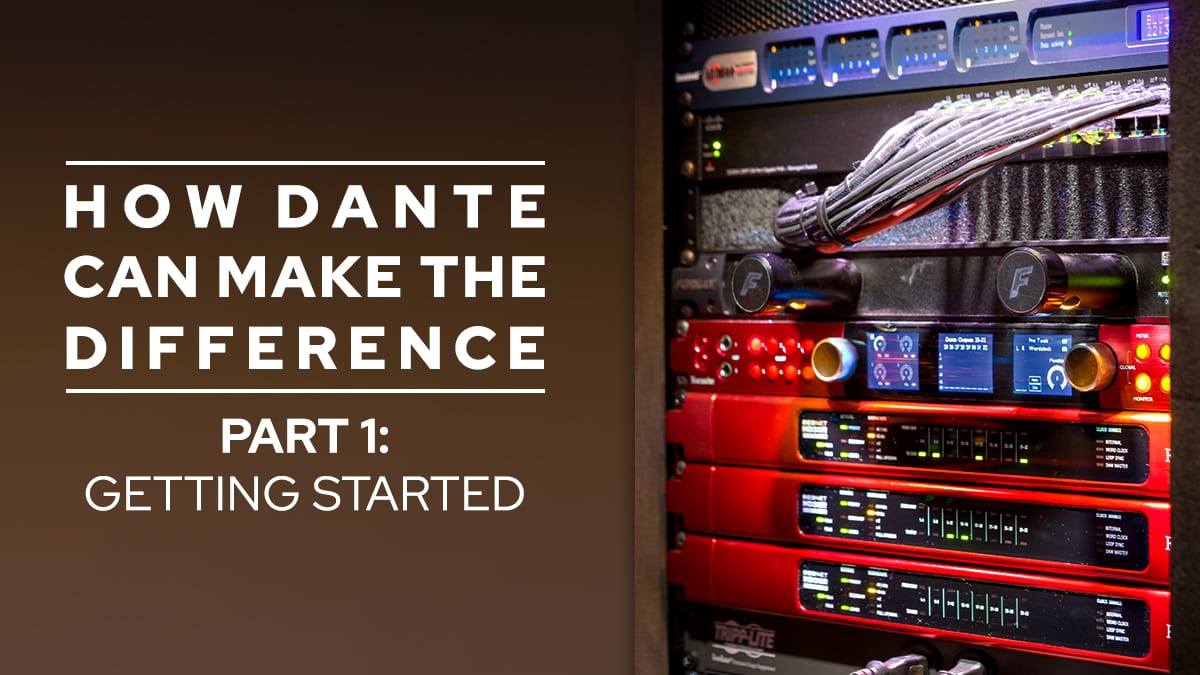 How Dante Can Make The Difference | Part 1: Getting Started 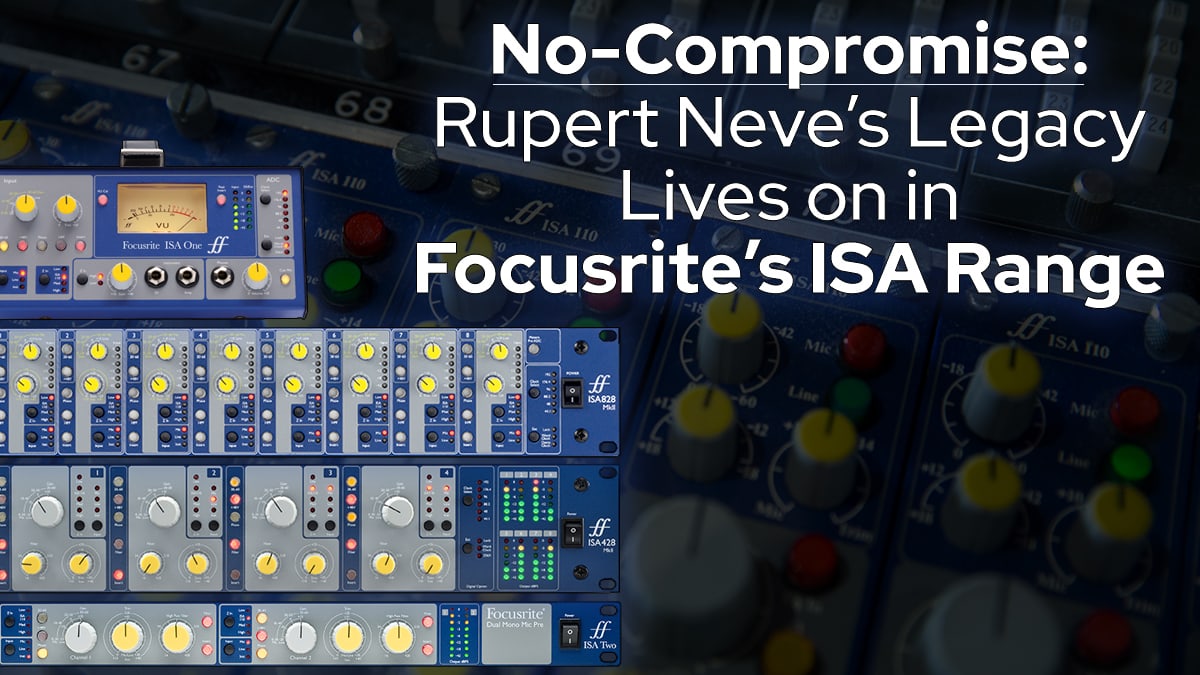 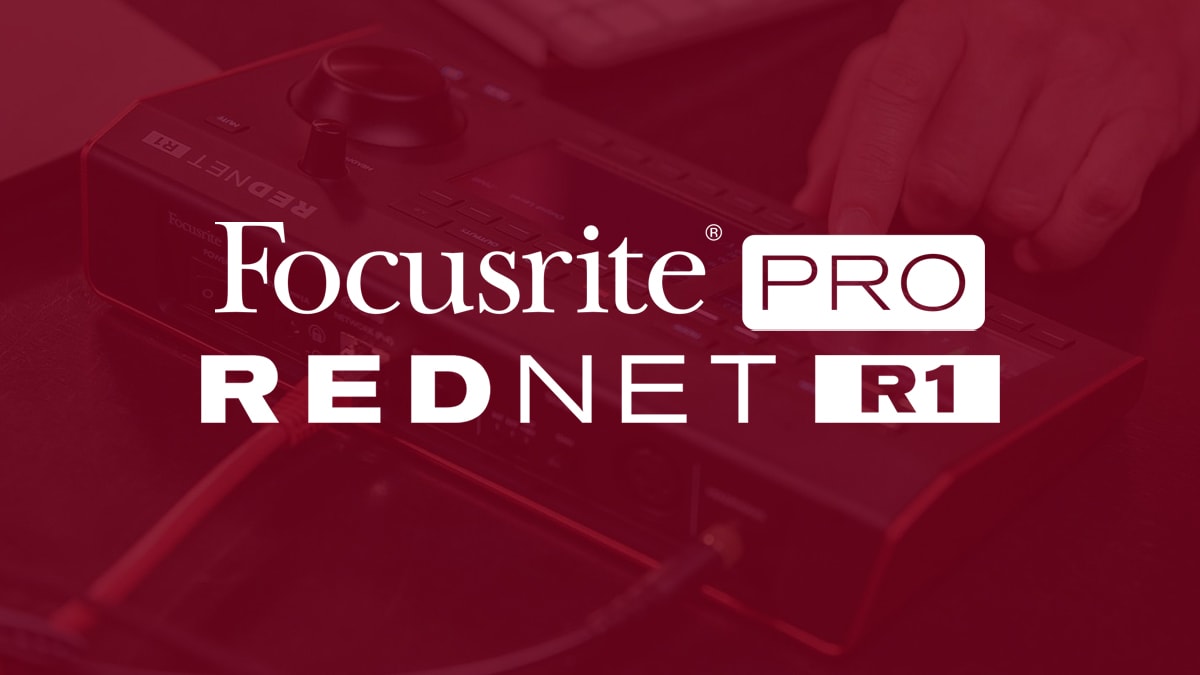 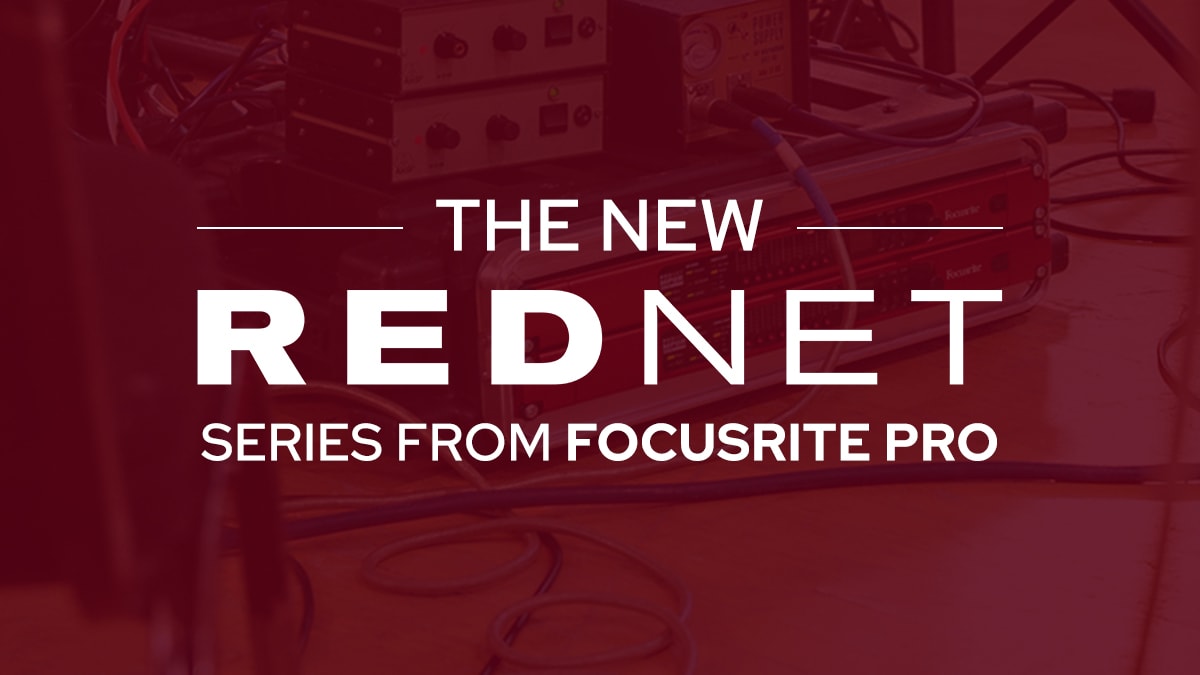 Still have questions about these promotions?

Our Pros are glad to answer any questions you may have and help find the best option for you!