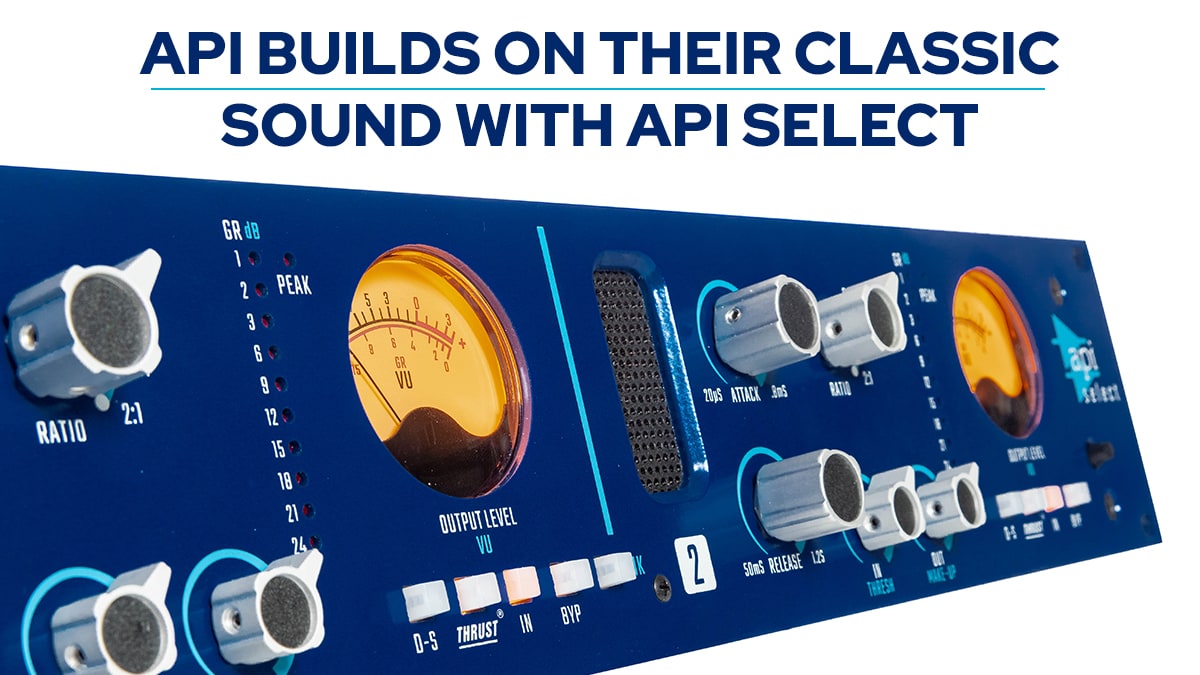 Today, API unveiled their latest range of pro audio gear they’ve called API Select. API Select kicks off with six new products that are unique to API’s classic products while still complimenting their classic mix of pre’s, equalizers and compressors. This new range of outboard gear give users the same high-fidelity API sound, but with some modern characteristics to add a whole new color palette to your tracks.

“A great example of this is API Select’s new T12 Tube Mic Preamp, which is a 2-channel, all-tube, Class-A microphone preamplifier. Its tube technology is combined with API’s proprietary AP2516 transformer in the input stage and a custom API transformer on the output stage, so it produces that incredibly rich API sound – but in a distinctly different way.”

The API Select T12 is a classic 2-channel, all-tube, Class-A microphone preamplifier designed with API’s proprietary AP2516 transformer in the input stage and a custom API transformer on the output stage. Built with 12AT7WC and 12BH7 dual-triode vacuum tubes, the T12 represents a new and exciting variation in API’s preamplifier technology and provides the user with unique tonal options. The T12 can handle a wide range of production applications including stereo operation. Carefully engineered to deliver classic tube performance and sound, the T12 delivers API’s famous warmth, punch and clarity in an all-new way and features API’s industry-exclusive Five Year Warranty. 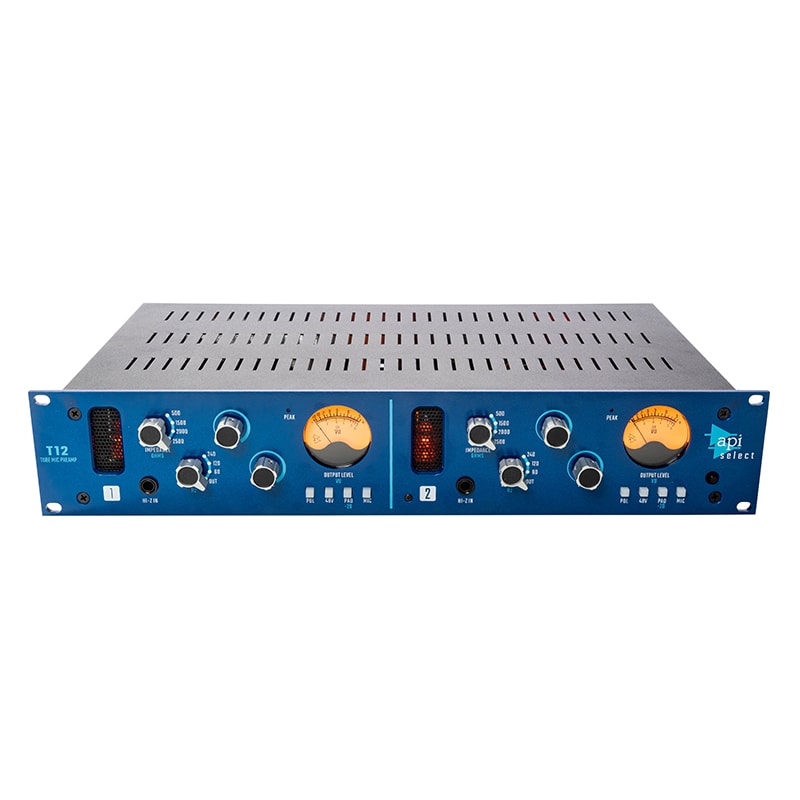 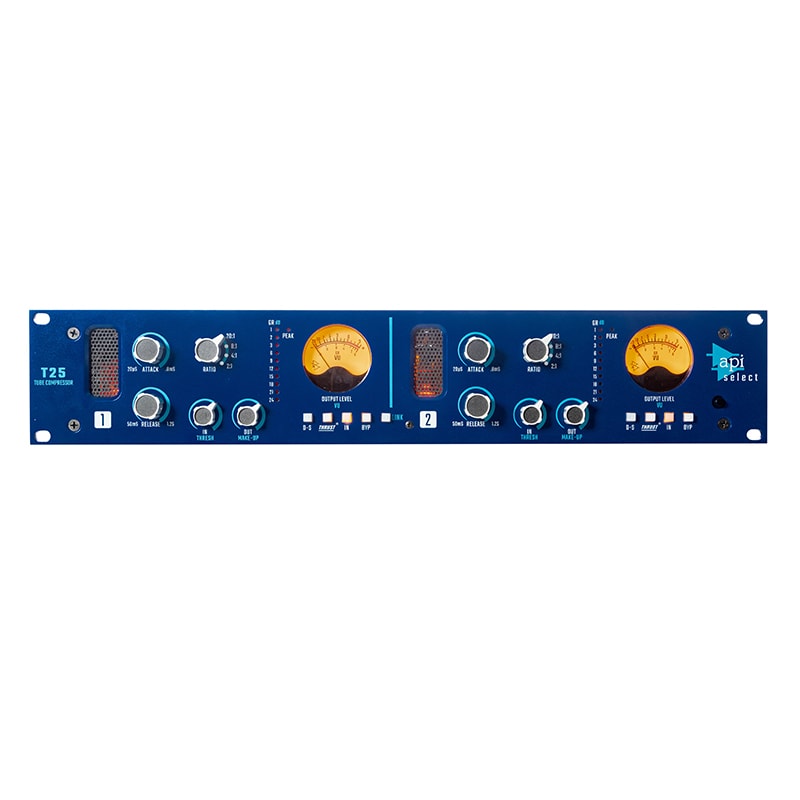 The API Select T25 is a classic 2-channel, FET feedback-style compressor/limiter with a Class-A tube output stage that utilizes a custom API transformer. Built with 12AT7WC and 12BH7 dual-triode vacuum tube, the T25 represents a new direction in API’s line of compressors. It offers the user a powerful and flexible feature set, including the ability for use in either dual mono or stereo mode, and is carefully engineered to deliver classic tube performance. The T25 excels at delivering the unmistakable sound of API and features API’s industry-exclusive Five Year Warranty.

The SR22 Dual Channel Compressor features two channels of API’s patented award-winning VCE compressor circuit in a rackmount unit with internal power supply. This same compressor circuit was originally designed into the legendary ATI Paragon analog live mixing console. Each channel includes the patented THRUST circuit, which protects the sensitive high frequency content of the audio signal, even under the most vigorous of compression ratios. The perfect companion to the new SR24 Dual Channel EQ, the SR22 provides comprehensive, easy-to-use control along with classic analog VU meters for monitoring output and gain reduction. The two channels can also be linked for use as a stereo compressor with true RMS power summing of the left and right signals. 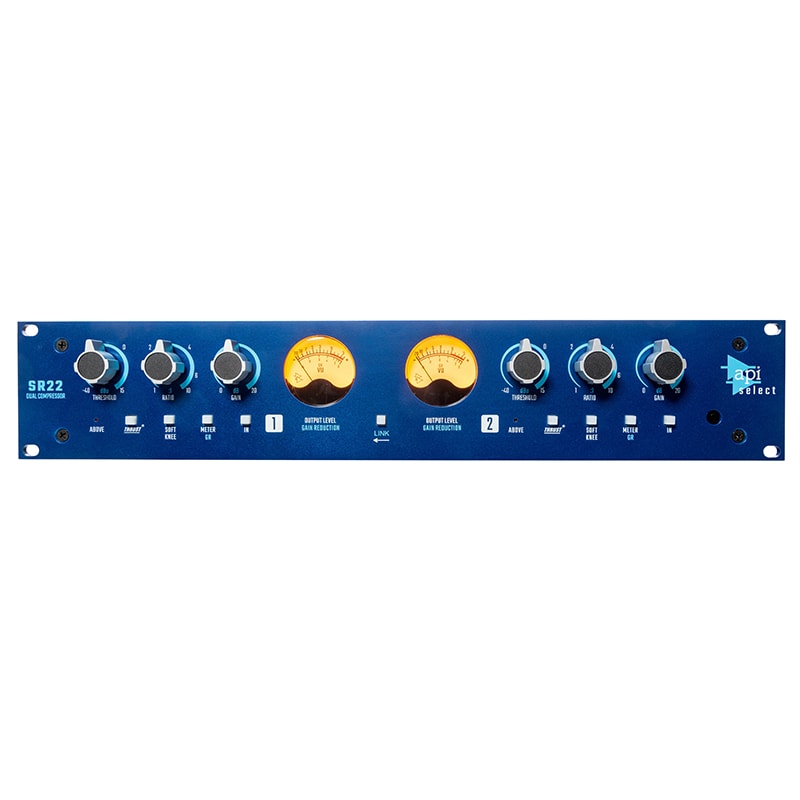 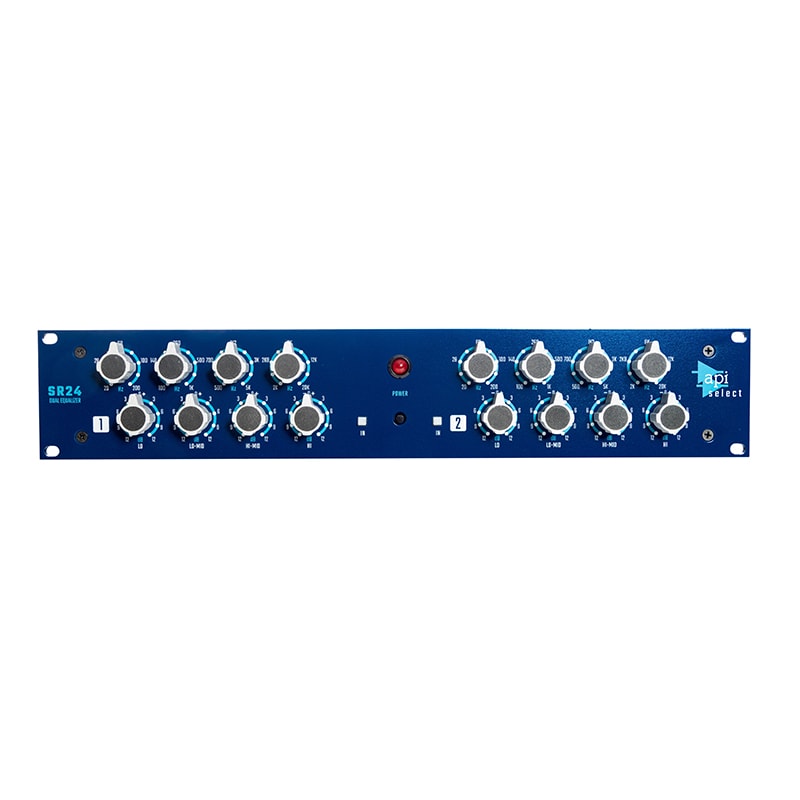 The SR24 is a two channel, four band equalizer in a two rack-space chassis. With a dedicated knob and/or switch for each control function, the SR24 is easy to use; by utilizing continuously-variable controls for both the frequency and boost/cut, the SR24 can be very precise in applying equalization to the selected audio material.

The SR24 circuit design is deeply rooted in API’s history. From the late 1970’s to the early 1980’s, an audio company called “APSI” manufactured consoles and equalizers. Their 562 module was a 4-band, fully parametric equalizer which was designed by APSI and sold through API. Over the last several decades, these EQ modules remained a favorite among many studio engineers, but have become increasingly difficult to find. The SR24 is a faithfully re-engineered version of the original 562, offering the user 2 channels of classic analog EQ in one rackmount unit.

“It was particularly satisfying to develop this kind of vintage-style equipment – we designed every piece with care and precision, and I have to say with respect for this kind of solid, reliable analog technology. Although API Select is produced in ‘small batches’, we think the value is enormous.” 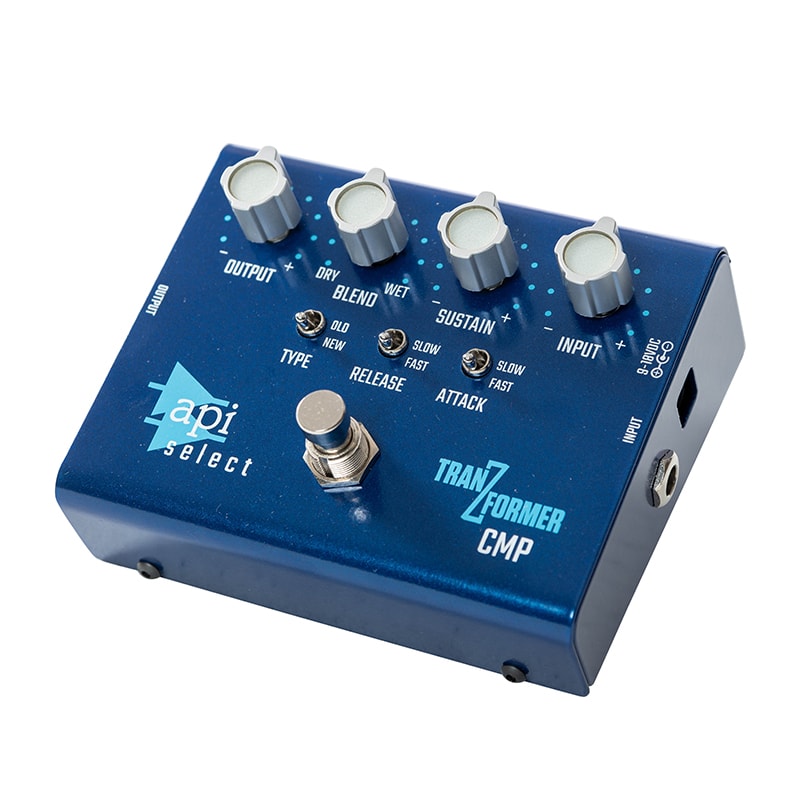 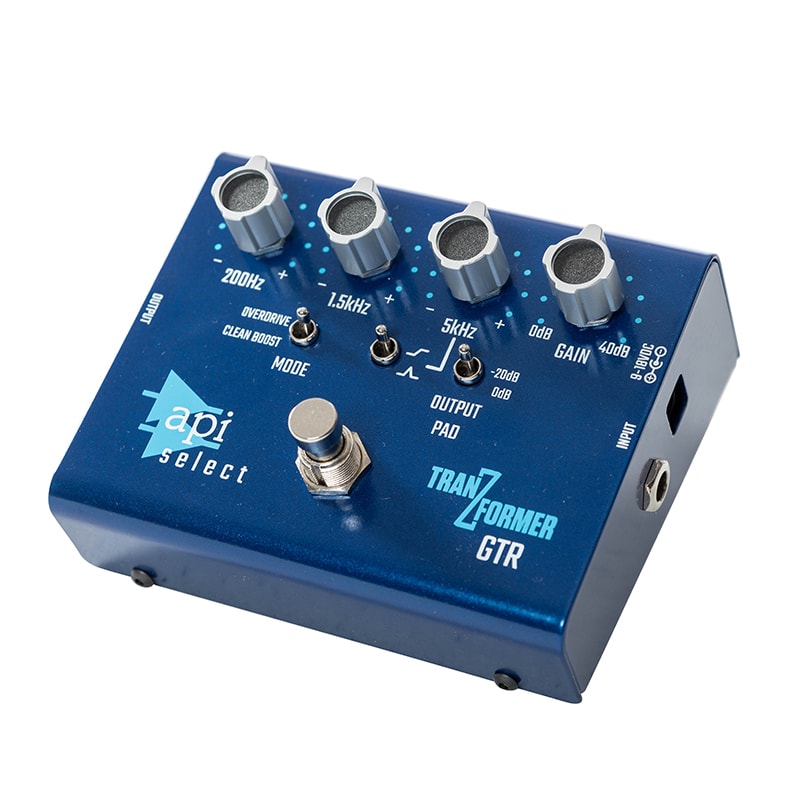 The API Select TranZformer GTR incorporates API’s legendary EQ circuit into a versatile and compact guitar effects pedal. Designed to easily fit into your pedal board and engineered to run on standard 9V power supplies, the GTR offers +/- 15dB of gain on 3 specific frequencies. Additionally, the gain stage can be switched from Clean Boost to Overdrive mode to drive the input OpAmp and add even more tones to your arsenal. Other features include a buffered bypass, -20dB output pad, selectable peak/shelf for upper frequency range, transformer output, and of course the classic API sound.

Still have questions about these these new products?

Our Pros are glad to answer any questions you may have and help find the best option for you!