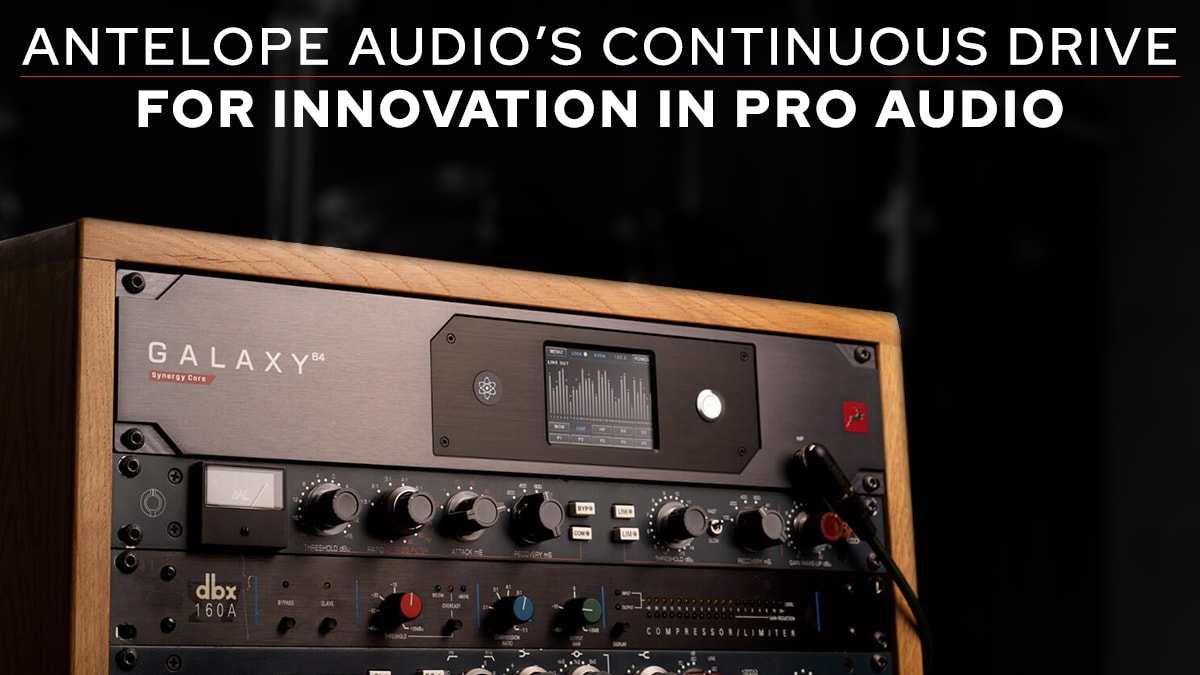 If you’ve ever visited a professional recording studio, then it’s safe to assume you’ve seen an Antelope Audio device loaded into one of the racks. Whether it’s a master clock, multi-channel converter, or an audio interface, the Antelope Audio sound has become a staple in the world of pro audio. During the past few years, Antelope has been steadily establishing its presence in a newfound segment – the mid-sized and home studios. Since their sophisticated technologies are now more accessible than ever, let’s take a closer look at Antelope Audio. 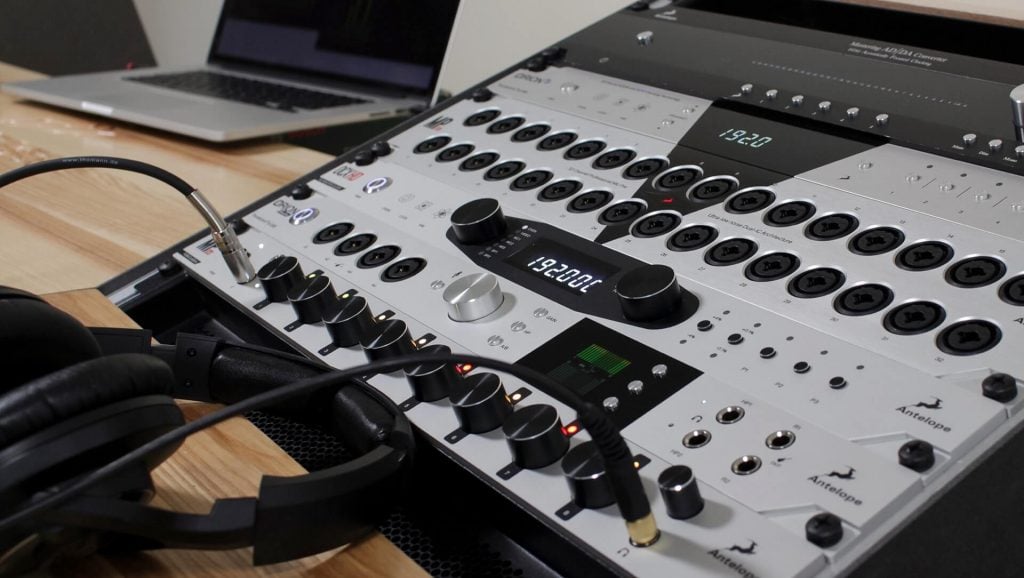 Audio Innovation that Changed the Scene

What built the company’s reputation as a pioneer in high-end audio technology occurred long before Antelope Audio was even an idea in the mind of the company CEO Igor Levin. Early on, the University of Michigan graduate specialized in analog circuit design, and in 1990 he entered the audio industry with his first company, Aardvark. Being among the first to apply the digital synthesis method in clocking, the company released the innovative AardSync clock with its proprietary AardLock technology. For its achievements in engineering, the device’s second generation received a TEC Award nomination in 1997. This marked the beginning of Antelope’s rapid rise to take its place among the top audio recording hardware manufacturers.

Building on years of experience, in 2005, Igor Levin created Antelope Audio with the idea of designing world-beating master clocks and converters. Judging by the breakthrough success of the Isochrone line of master clocks and the Orion 32 line of converters, the company succeeded in what it first tried to achieve. With the Isochrones, Igor and his team of engineers created master clocks with an even more stable time base. Antelope achieved this with oven-controlled crystal oscillators in addition to the now iconic 64-bit AFC (Acoustically Focused Clocking) technology. Meanwhile, with the release of the first Orion 32, this groundbreaking interface paved the way for the modern multi-channel device by delivering 32-channels of AD/DA via USB in just a 1U chassis. Members of the respective product lines can still be found in today’s most renowned studios.

The Technology of Today 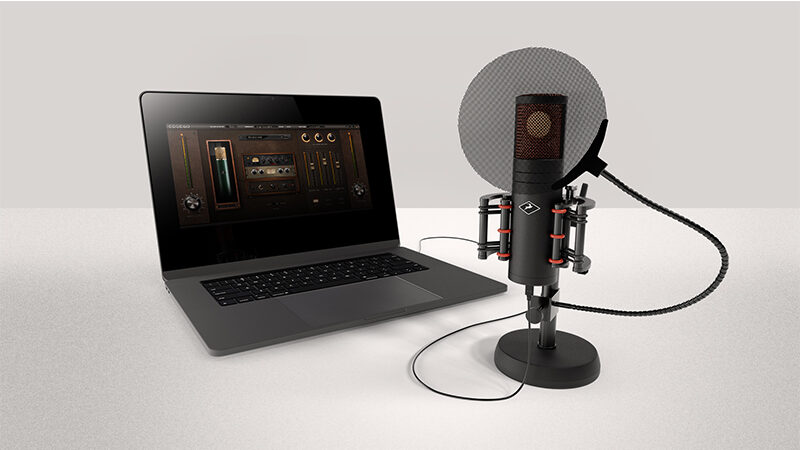 Nowadays, Antelope Audio has focused their acquired knowledge and experience in making rackmount and desktop audio interfaces alongside modeling microphones for studio and home use. Aside from hardware, the company has gained popularity for its analog-modeled effects which are processed in real-time exclusively by Synergy Core – the company’s proprietary effects processing platform. To put it simply, the platform runs entirely inside the interfaces, which makes for a closed eco-system, possible due to a unique implementation of DSP and FPGA processing chips. The modern music producer is familiar with DSP processing, but the FPGAs are where Antelope Audio has implemented their innovation this time. They were some of the first to utilize the programmable chips for effects modeling and processing, among other things. The company engineers have put many hours into modeling outboard gear and developing software effects for the company faithful, which makes the Synergy Core one of the fastest-growing audio effects platforms today. With real-time workflow and no host CPU load, Synergy Core offers a wide range of quality sounds for every workflow and effects type. To find out how their effects are modeled and processed, and how the platform manages to eliminate roundtrip latency when tracking with effects, head over to Antelope’s dedicated Synergy Core webpage.

As mentioned previously, digital audio clocking is at the very roots of the company. Having the right clock inside the interface may not mean much to home recordists but to Antelope Audio it is everything. In hindsight, it’s what made the company famous in the first place and for a good reason – those who have made music with an Antelope Audio device can immediately tell the difference proper clocking makes for the quality of sound. This is possible because their 64-bit AFC (Acoustically Focused Clocking) technology is included in every interface that the company has produced to this day – from their portable two-preamp interface to the 64-channel beast Galaxy 64 Synergy Core. Sound quality is where Antelope Audio shines the brightest – and look no further than the bottom right sign on the front panel of their Zen Go Synergy Core to know why. 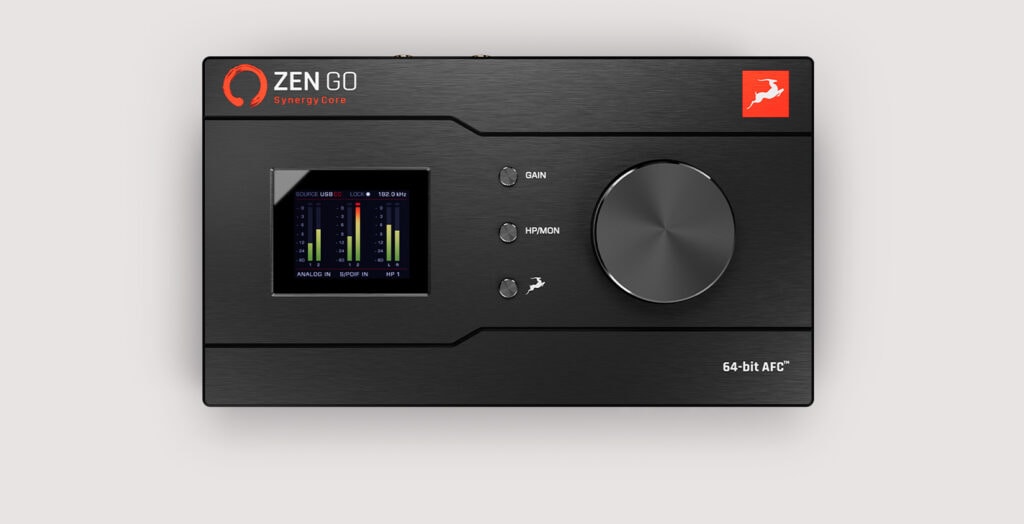 What is in the Antelope Audio range?

Audio interfaces that pack industry-leading sound quality and analog-modeled effects that sound as exciting as their hardware counterparts; microphones with their own Modeling Engine full of emulations derived from authentic vintage microphones; mastering converters that meet the expectations of the most demanding audiophiles; master clocks that set the standard for hi-end recording studios. Antelope Audio has made it their mission to offer high-quality products across for industry professionals, home recordists, and even those just getting started with recording. Their latest releases are the desktop Zen Q Synergy Core and Zen Go Synergy Core, as well as the world’s first 2U 64-channel audio interface Galaxy 64 Synergy Core. These show the wide range of function and capability offered by Antelope and have enjoyed success, while the Galaxy has already been lauded by industry greats like Sylvia Massy. 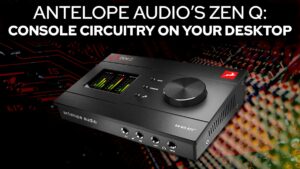 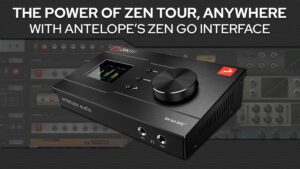 Just by taking a quick glance at the Antelope Audio product portfolio, two distinct product lines stand out – the Synergy Core line of interfaces and the Edge line of modeling microphones. The Synergy Core line is made of desktop interfaces in the face of Zen Go, Zen Q, Zen Tour and Discrete 4 while their rackmount studio versions include Discrete 8, Orion Studio and Galaxy 64. Expect far-ranging connectivity options to suit the needs of the intended customers, but the same availability of analog-modeled effects with which to monitor, record, mix and master.

The Edge line of modeling microphones is represented by the condenser Edge Solo, the dual-diaphragm condenser Edge Duo, the stereo dual head Edge Quadro and the USB Edge Go. Every microphone offers 19 different sounds – the high-resolution sound of the microphone itself and, as of this moment, 18 emulations of selected classic microphones hosted on the company’s Modeling Engine. Every owner of an Edge microphone receives the emulations for Native use which makes them usable during tracking and mixing.

The latest from Antelope Audio